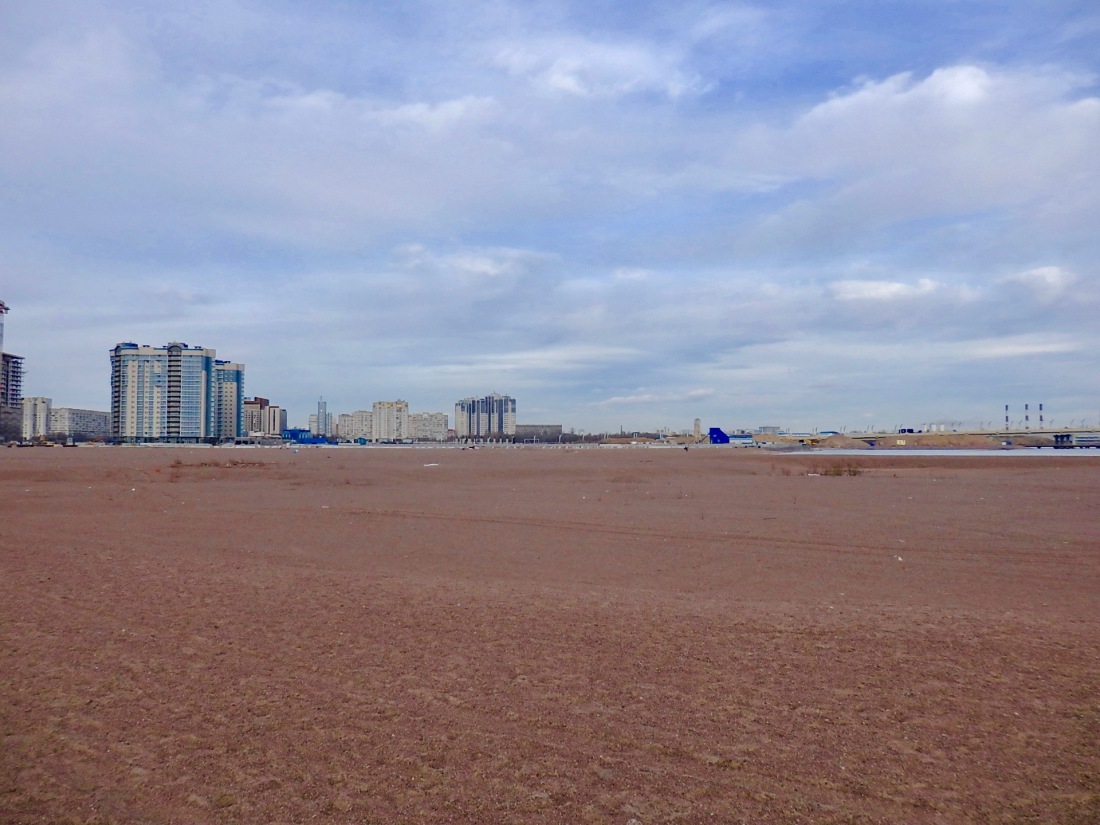 Was it the “popular will” that 500 hectares of land be reclaimed in the Neva Bay right off Petersburg’s Vasiliyevsky Island and developed into densely built high-rise estates, causing untold amounts of environmental and aesthetic damage? No, it wasn’t. In fact, locals were bitterly opposed to the project and they mounted a loud resistance back in the day. But their will was roundly ignored by Petersburg city hall and developers. Under the present authoritarian regime, “popular will” is a friendly phantom, at best, an irritant, at worst. Photo by the Russian Reader

The Russian Supreme Court has gone ahead and banned the Jehovah’s Witnesses and ordered their property confiscated. This is a colossal insult to hundreds of thousands of law-abiding Russian citizens. A huge new underground has been generated. Massive crackdowns for their faith, new political prisoners, and mass immigration are around the corner. The Russian authorities and Moscow Patriarch Kirill, who is personally responsible for this operation, have curious ideas about the joy of Easter.
—Nikolay Mitrokhin, Facebook, April 21, 2017

Perhaps this is what is most disheartening about the recent legal battle. The state may be the central actor, but its actions reflect the popular will of Russians who, by and large, have decided that Witnesses have no place in their society.
—Emily Baran, “Jehovah’s Witnesses Ban Spells End for Russia’s Religious Diversity,” Moscow Times, April 24, 2017

When did Russians decide this? Did they hold a referendum recently? Are most Russians even aware of how the Justice Ministry has used the Russian Supreme Court to declare the Jehovah’s Witnesses “extremists,” allegedly, at the insistence of the Russian Orthodox Church’s Patriarch Kirill? I very much doubt it.

Professor Baran only mentions actions by state or quasi-state actors, such as the central press in Soviet and post-Soviet times. Yet they were and have been somehow acting on behalf of the “popular will,” a symbiosis she makes no real attempt to prove in her op-ed piece for the Moscow Times, as quoted above.

As for real popular sentiment, I imagine there are as many Americans as Russians who have reflexively negative attitudes toward Jehovah’s Witnesses. Just think of all the jokes about JWs you have heard in your lifetime that cast them in a negative or ridiculous light, or how many times you have seen their likenesses figuring as the villains on TV medical dramas who refuse proper care for desperately sick children? Then why aren’t they banned in the US? At worst, the American “popular will” sees them as outsiders and obscurantists, at best, as an annoyance.

I can imagine that tenure-track professors in the US have a hard time understanding how disempowered and disconnected the grassroots are in a country that now has the world’s largest income inequality gap, and a long, brutal history of minorities, including Jehovah’s Witnesses, getting hammered by the powers that be while putative “majority” either did not mind, looked the other way or did not even notice.

But does Tennessee, where Professor Baran teaches, have an utterly different history when it comes to protecting the rights of its minorities?

The Russian Supreme Court’s decision to declare the Jehovah’s Witnesses extremist is completely despicable in every possible way, but Russians who bother to care about minorities and “minority” interests (like the environment, civil and social rights, corruption, labor rights, migrant rights, and historical preservation and sound urban planning) are often too few and far between to fight every battle and put out every fire. And many of those fighters are themselves currently under the state’s gun. The same Justice Ministry that has gone after Russia’s Jehovah’s Witnesses like a pit bull has also been branding NGOs, research institutes, and grassroots organizations “foreign agents” like it was at a fire sale.

That is no excuse for the judicial execution the Russian state has just performed on the Jehovah’s Witnesses, but it was a decision made at the top by the political, ecclesiastical and judicial elites, including the ROC’s Patriarch Kirill. It was not the state’s response to a nonexistent, utterly imaginary “popular will.” {TRR}

One thought on ““Extremism” Ruling Against Jehovah’s Witnesses: The Popular Will?”