What the Bolotnaya Square Case Will Leave Behind
Anna Gaskarova
May 26, 2015
Snob.ru

My husband, who has been behind bars for over two years as a suspect, defendant, and convict in the Bolotnaya Square case, and I have long had a tradition of giving theater tickets to our parents on birthdays, New Year’s, and other holidays, nearly always to productions by Teatr.doc. Our favorite, by the way, is Two in Your House, about the house arrest of Belarusian opposition leader Uladzimir Nyaklyaeu. It is one of the theater’s rare productions in which there are more laughter-inducing scenes than frustrating ones.

Six months ago I was contacted by the playwright Polina Borodina and asked to help collect material for a production about the Bolotnaya Square case for the theater that I loved so much. All that was required of me was to give an interview. At the time I thought that Polina would find it hard to write the play: there was nothing impressive about being the relative of a prisoner. It is very boring. I didn’t think she could manage to put together a story about the Bolotnaya Square case that would be interesting to anyone besides those involved in it. 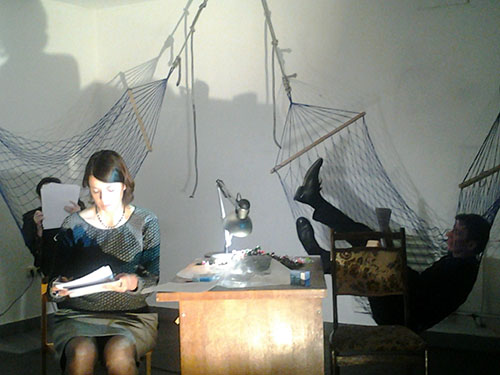 The premiere took place on the anniversay of the events on Bolotnaya. Policemen gathered outside the theater, and plainclothes officers sat in the audience. I saw the third performance of the production, and police were again standing on duty outside. It was raining, and Elena Gremina, the theater’s director, asked the officers to come inside.

“It is warm in here, and the play is quite good,” she told them.

They would not come in.

I fidgeted, giggled, and fretted, because I could not remember a thing I had said to Polina in the interview. It was scary to hear myself. And every time I recognized my own words in the lines of the actors, I cringed, buried my face in the shoulder of my sister, who was sitting next to me, and thought to myself with relief that it was a good thing I had not put my foot in my mouth.

The boring trials, the red tape of the remand prisons, the monotony of putting together food parcels, and the terrible anguish of the relatives in the Bolotnaya Square case has been turned into a very interesting story told by four actors in the words of the mothers, fathers, wives, fiancées, and friends of the arrestees. There are no exaggerations and distortions; only quotations from interviews with loved ones. They talk about how visits go, how to get married in a remand prison, how the defendants entertained themselves during the boring trials—and how to inform a defendant that his mother has died.

I had always wondered whether anything except shame, three and a half lost years, and painful memories would remain after the the Bolotnaya Square trial, something decent and instructive—not for us relatives but for those were there with us on Bolotnaya Square on May 6, 2012, and for those who were not. 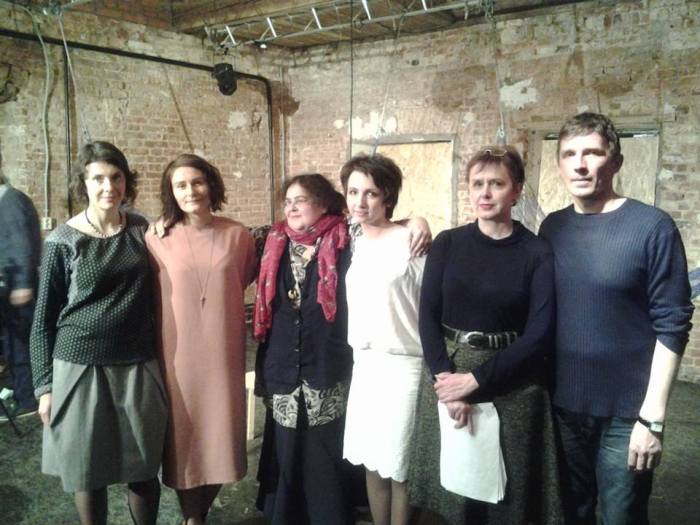