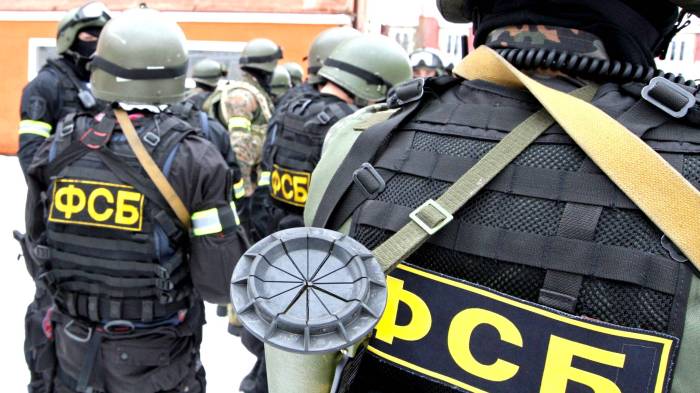 What the FSB Wants from Russian Education and Science
Either Professors and Students Defend the Autonomy of Scholarship, or the Only Thing Left Will Be the “Science” of Russia’s Security in a Global World
Konstantin Gaaze
Vedomosti
November 28, 2019

On the evening of November 27, the FSB’s Border Service barred the well-known French sociologist Carine Clément from entering Russia. She was stopped at passport control in Sheremtyevo Airport and later informed that, as a “threat” to “national security,” she had been banned from entering Russia for ten years. Clément was slated to chair a panel on social stratification and the subjectivation of social status at a conference marking the ninetieth anniversary of the birth of the late sociologist Vladimir Yadov.

It is pointless to attempt to interpret the travel ban on Clement in the light of her planned lecture on resemblances between the so-called Yellow Vests [Gilets jaunes] and the so-called Quilted Jackets [vatniki]. The trouble is not with parallels, but with the fact that the FSB, the supreme authority on the life of the mind in Russia, has long ago decided that castrating the Runet is not enough to set people’s brains straight. It is time to strike—and strike hard—at the bourgeoning social sciences and the humanities.

We often forget that FSB has not one sword at its disposal—the Russian federal communications watchdog Roskomnadzor—but two swords: Roskomnadzor and Rosobrnadzor, the Russian federal education watchdog. When my own university, the so-called Shaninka, was stripped of its accreditation in the summer of 2018, the only rumor that explained the absurdity and inconsistencies of the inspection procedure and the accreditation commission’s final report was that Lieutenant General Alexei Sedov, head of the FSB’s constitutional security service, had personally made the decision not to extend our accreditation.

The legendary spook realized back then, apparently, that the real enemies were not professional opposition activists, but young men and women with books by Bourdieu and Arendt tucked under their arms. One day you read the structuralists, the next day you record a video and post it on YouTube, and the day after that you take to the streets to show you exist and are still capable of acting. Who needs scholarship that has such a dangerous effect on people’s minds?

Especially since there is a different kind of scholarship, which churns out piles of monographs dealing with Russia’s “special path,” the country’s security in a global world, and the degradation of the west’s “spiritual culture,” and which dominates the universities where students are marked down for reading primary sources: they have to read the textbooks written by their professors, not the works of “foreign agents.” Such universities hold an endless stream of events celebrating the founders of allegedly original schools of thought who, in fact, are plagiarists and fools who have not bothered to crack open a new book since 1991, if not since 1980. They organize online conferences where 18-year-old bachelors of sociology have to discuss such burning topics as whether women can serve in the police and in what capacity with students from Interior Ministry academies in neighboring regions.

What is at stake for the FSB in this case is not isolating Clément from her Russian audience, but ensuring the victory of one type of education and scholarly production over another—the victory of textbooks over primary sources, the victory of rote phrases over real knowledge, the victory of articles chockablock with references to the president’s annual state of the union address over articles that quote Foucault and Judith Butler.

This decision has been ripening for a long time, but it was hampered by other players in the bureaucracy, including major universities, officials, and Kremlin-backed pollsters, who understood that Russia’s current model of governance could not countenance the total ideologization of the social sciences. But all these nuances lost their significance after the protests in Moscow this past summer. The enemy must be defeated. So, beginning this autumn, the Kremlin and the capital’s universities have been hotly discussing whether there are too many students studying sociology and political science. Wouldn’t it be better to send them all to culinary school?

It is time we understood that it is not a matter of who reads the classics correctly and who doesn’t. It is a matter of the very opportunity to read—not in a closed reading group, but in an open lecture hall; not under a blanket, but at the university, in the company of students. We cannot hide behind the walls of our oases—the Higher School of Economics, RANEPA, the European University in St. Petersburg, and the Shaninka, among others. Either faculty and students will join together and defend scholarly autonomy, or, ten years from now there will be nothing left except the indigenous “science” of national security.  It is clear we could all emigrate. It is equally clear this would be a betrayal not only of future students but also of scholarship itself.

Konstantin Gaaze is a sociologist who lectures in the Fundamental Sociology program at the Moscow School of Social and Economic Sciences (the Shaninka).

Photo courtesy of Stern. Translated by the Russian Reader

As many of you already know, the management of Gorky Park has banned political scientist Irina Soboleva’s lecture, “Should We Expect Any More Mass Protests in Russia?” which was to be held as part of a series of public lectures in our Master’s in Political Philosophy program at the Shaninka (Moscow School of Social and Economic Sciences).

We tried to negotiate, but the talks were very strange. First, we have reason to believe the decision was not made by the directors of the park. Second, we immediately said we would not engage in political campaigning; our purpose was to share knowledge with people. But they are so scared there they demand we not use the words “politics” and “democracy.”

This does not suit us, of course. We are engaged in political thought and researching political life, and are going to pursue this work in the future. If Gorky Park is going to decide for its visitors what they should and should not learn, we are not going to help them. We will not permit our ideas to be censored.

As for Irina Soboleva’s lecture, first we thought of holding it at the Shaninka. But as interest in the lecture is quite great, the Shaninka is now concerned about finding a place that would accommodate everyone. So the lecture has been postponed to Friday. Once we find a venue, then we will immediately inform you. 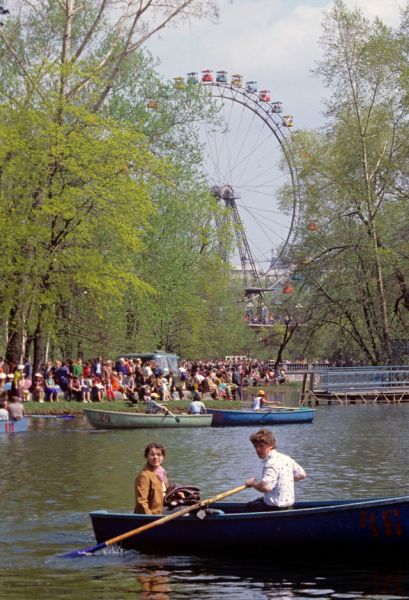 Gorky Park refuses to hold a lecture about the possibility of protests in Russia
June 15, 2015
BBC Russian Service

Gorky Park management has refused to allow a lecture by political scientist Irina Soboleva, “Should We Expect Any More Mass Protests in Russia?” to be held on its premises.

“After further exploring the content of the planned lecture, the decision was made that the park is not the place for holding lectures with a political subtext,” Marina Lee, the park’s PR director told the BBC Russian Service. “It is clear the lecture’s title is fairly blatant and provocative. But a park is not a place for provocations.”

According to Lee, the decision was made by park management.

According to the lecturer, Irina Soboleva, her lecture was educational, not political.

“[The notification that the lecture had been banned] was made three days before the lecture was to be held, and we have had to change the time and the venue of the lecture very quickly,” Soboleva told the BBC Russian Service.

“I should stress the lecture is part of the series ‘Open Environment,’ which has been held at Gorky Park. The Shaninka [Moscow School of Social and Economic Sciences] has already held several lectures as part of the project, and as far as I understand, no such problems had arisen with any of them. This is my first lecture in which issues of political science, rather than sociology, are addressed. Apparently, that is why this problem arose,” said the political scientist.