TV Rain has made the following list of people and places in Moscow raided and searched today (January 27, 2020) by the Putinist security forces. Thanks to Darya Apahonchich for the heads-up. \\ TRR 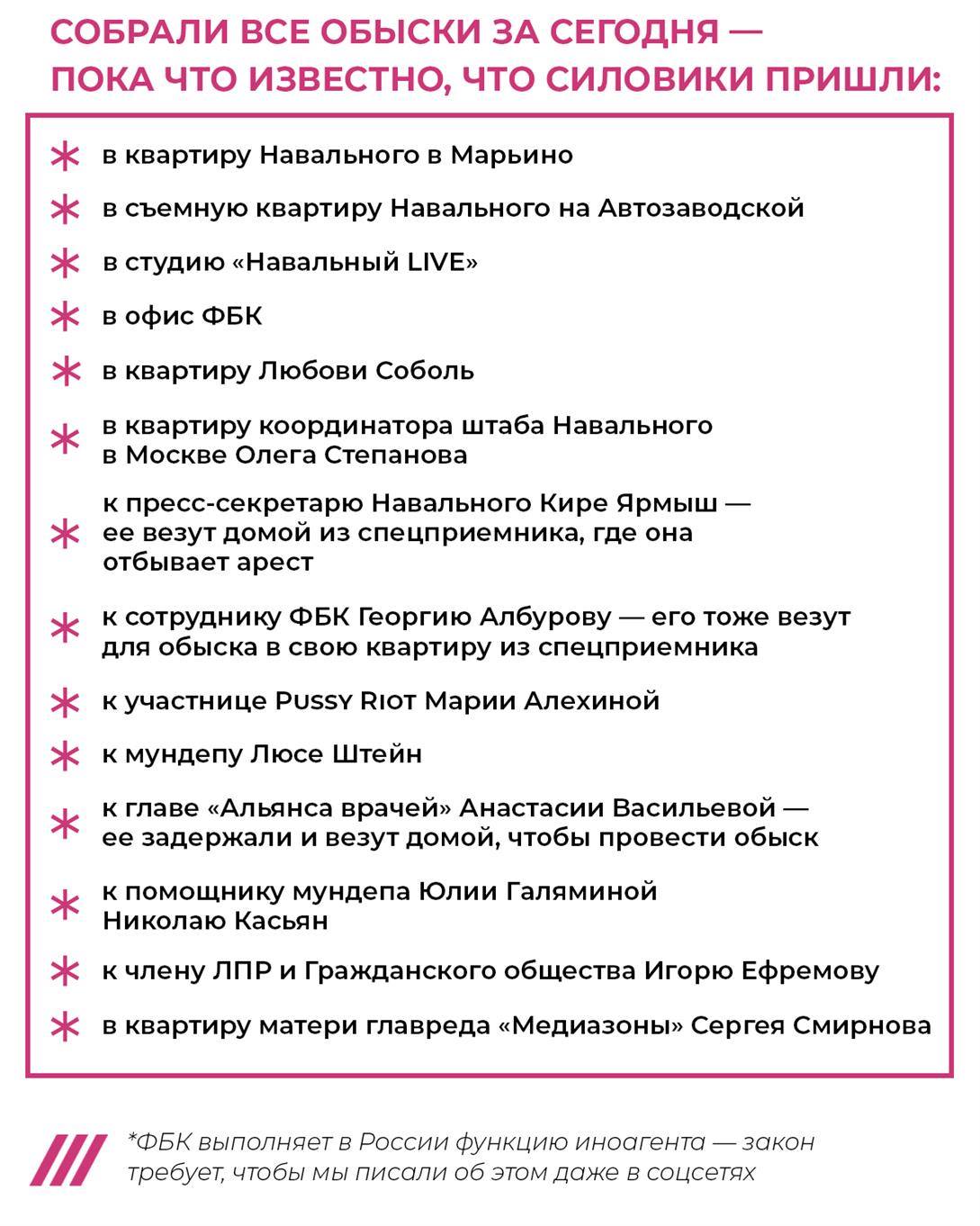 We made a list of all police searches today. As of now, we know that the security services have raided the following: