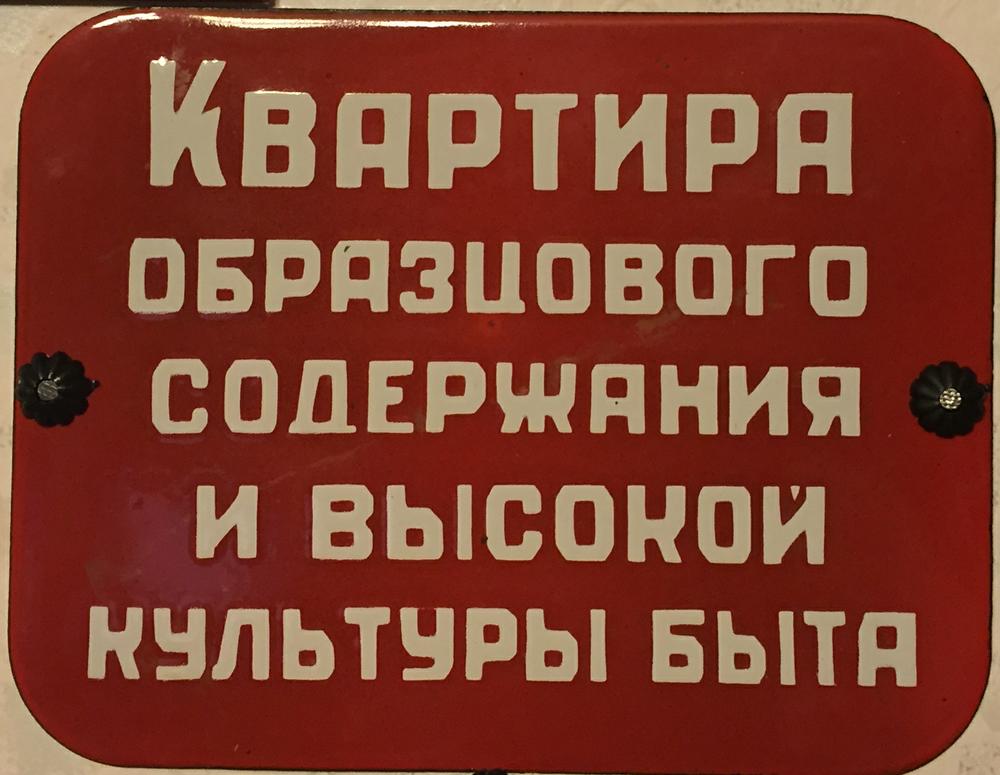 When I lived in a communal apartment on Nekrasov Street, a man nicknamed Vitek was my neighbor for a while. The other neighbors did not like him, because he was a “new guy.” A factory worker, he struck a rather coarse pose among the other tenants of our “Ideally Maintained Apartment.”

In the evenings, Vitek got into the habit of eating a bowl of cabbage soup or borscht in the kitchen, washing it down with a quarter-liter bottle of vodka. Then he would go to bed. He would get up early in the morning and head again to the factory, returning home only in the evening.

At the weekend, he would not show his face in the kitchen. A pot of soup was brought to his room, where he “would do his thing,” as a famous satirist put it.

Sometimes, Vitek liked chewing the fat about life. He mainly did this with me, since no one else talked to him.

“Do you know,” he would ask me, “the difference between the intelligentsia and the working class?”

He went on without listening to what I said.

“How many days are there in the intelligenstia’s week?”

“That’s right: seven. You go to the movies, you go to the theater, you watch television. You think Vitek is stupid? That he doesn’t see anything? He sees everything. There are only two days in my week, you see, Monday and Friday. And then it’s suddenly Monday again.”

My point is that today is Saturday.

Translated by the Russian Reader. Thanks to Dmitry Kalugin for his kind permission to translate and publish his feuilleton on this website. This is his sixth contribution to our salmagundi.