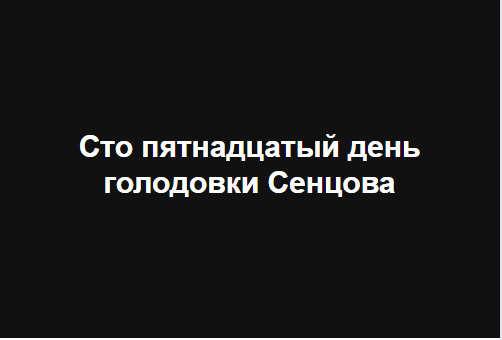 Ukrainian political prisoner Oleg Sentsov has been on hunger strike for 115 days in the Polar Bear Maximum Security Prison Camp in Labytnangi, Russia, where he has been serving a twenty-year sentence on trumped-up charges of “terrorism.”

Mr. Sentsov’s only crime was that he opposed the occupation of his native Crimea by neo-imperialist Russia.

Mr. Sentsov’s only demand is that Russian authorities release sixty-four other Ukrainian political prisoners they have incarcerated during their illegal war against Ukraine.