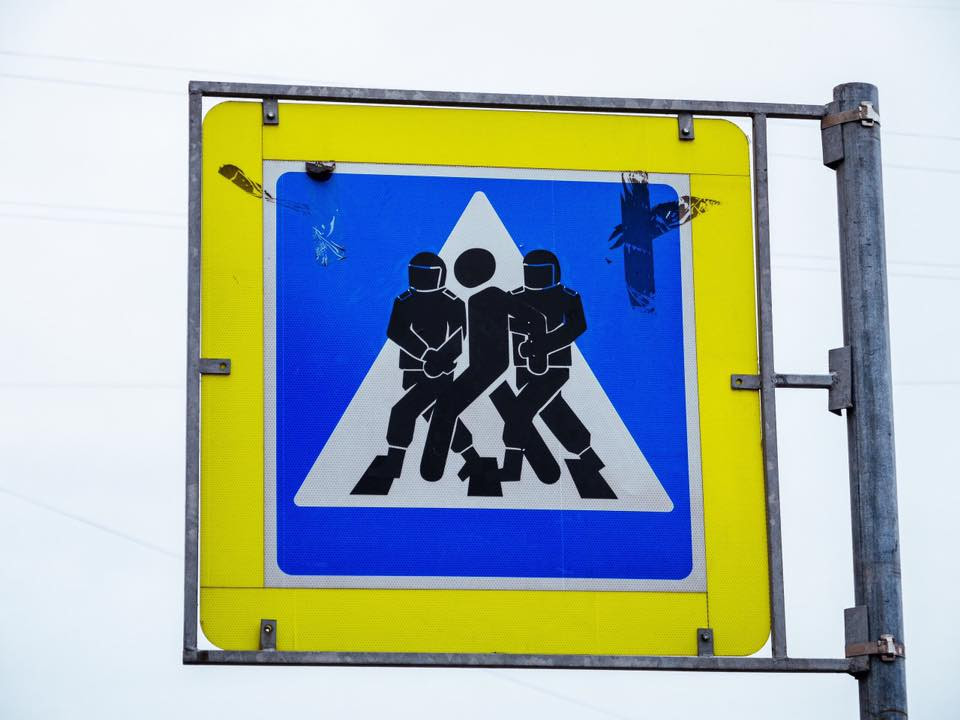 OVD Info, That Was the Week That Was Email Newsletter, Special Edition:
How the He’s No Tsar to Us Protests Played Out Nationwide

Saturday, May 5, 2018, witnessed large-scale, nationwide protests by supporters of Alexei Navalny, who voiced their opposition to Vladimir Putin’s new term as president. This was how the protests went down in facts and figures.

The police behaved roughly. They detained not only demonstrators but also random passerby, children and reporters, and OVD Info’s hotline got more than one call about police brutality. In Moscow, so-called Cossacks joined regular police in dispersing the rally.  The so-called Cossacks beat people using whips, and a man with a raccoon was among the detainees. The Bell discovered the so-called Cossacks had ties with the mayor’s office. In Chelyabinsk, local activists were detained before the protest rally on suspicion of theft, while in Saratov, police detained a 12-year-old boy.

According to the information we have available, a total of 1,600 people were detained in 27 cities. Around 300 spent the night in police stations.*

*You can view the complete list of detainees, including names and the police stations where they were taken, here.

In the aftermath of the rallies, criminal charges have been filed against one detainee.  In Petersburg, a policeman named Sukhorukov has accused Mikhail Tsakunov of knocking out his tooth “deliberately, motivated by enmity.” Charges were filed under Article 318 Part 2 of the Russian Federal Criminal Code: health- or life-threatening violence against a police office. Tsakunov could be sent to prison for ten years if found guilty. Video footage of the young man’s arrest can be viewed here.

The detainees were tried on Sunday in Petersburg, Vladimir, Krasnodar, Rostov-on-Don, and Chelyabinsk.

Alexei Navalny was detained on Pushkin Square in Moscow. At the police station, he was written up for two administrative offenses: repeated violation of the procedures for holding public events and failure to obey a police officer’s lawful order. He was not kept in the police station overnight. His court hearing will take place on May 11.

What Did We Do?

We helped detainees in twenty police stations in Moscow and coordinated the rendering of legal aid in Chelyabinsk, Kaluga, and Krasnoyarsk.

In the space of twenty-four hours,* our hotline received 2,156 calls for a total duration of 64 hours and 45 minutes.

We do intake not only on our hotline but also using our Law Bot and our Red Button application.

43 volunteers helped us gather information on the detentions, putting in approximately 260 hours of work. You can sign up to join our team of volunteers here.

We can help a lot of people, but we need money to do it. Donations keep the 24-hour  hotline running. They pay for legal services. They pay people to write the news and analyze human rights violations in Russia. You can support us here.

One thought on “OVD Info: He’s No Tsar to Us in Facts and Figures”