Defenders of Moscow’s Torfyanka Park have had their flats searched by police. Olga Romanova, founder of the Imprisoned Russia project, reported the searches on her Facebook page.

According to Romanova, police visited the home of attorney Marina Verigina, who has been consulting the activists, and her husband Vladimir Grechaninov. Law enforcement officers broke into their apartment.

Police cordoned off Natalya Fyodorova’s stairwell and did not let her neighbors act as witnesses to the search, explaining they had brought their own witnesses with them. Fyodorova was loaded into a paddy wagon along with her disabled mother, her husband Boris, and her 18-year-old daughter. The door to the Fyodorovs’ apartment was cut down with a metal grinder.

Police likewise searched the home of activist Vladislav Kuznetsov and his wife Svetlana Kuznetsova. Kuznetsov’s forehead was injured while he was detained. He was then handcuffed and a scarf was wrapped around his head.

In addition, Konstantin Yatsyn and his father Yuri Yatsyn were detained. It has been reported that several more families of Torfyanka’s defenders were incommunicado.

Natalya Kutlunina, a member of the Communist Party, has reported that her apartment has been searched as well. Law enforcement officers arrived there at six in the morning. Kutlunina is out of town, and the apartment was searched with her son present.

Meanwhile, OVD Info has reported that the search at the Verigina and Grechaninov household was still underway after 6:30 in the evening. Yet since lunch time law officers had refused to let lawyer Sergei Shank into the apartment, despite the fact he produced a warrant.

The people detained during the searches were taken to the Russian Investigative Committee’s Northwest Moscow District Office. According to RBC, each activist was escorted by fifteen to twenty police officers, and the arrests were filmed by employees of the national TV channel NTV.

All the detainees were interrogated as witnesses in a case opened up under Article 148 of the Criminal Code (insulting the feelings of religious believers) before being released.

OVD Info claims violation of Paragraph 1 of the article, which stipulates a maximum punishment of one year in a penal colony, is at issue in the case. Meanwhile, after his interrogation, activist Evgeny Lebedev wrote on the For Torfyanka Park! VK community page that a case had been opened under Article 148.3 (obstructing the activities of religious organizations), which carries a maximum penalty of a year of corrective labor or three months in jail.

Orthodox clerics want to build a church in Torfyanka. Local residents are opposed to their plans, and they have been protesting them since June 2015. The decision to permit construction of the church was made illegally. In the autumn of 2015, the Moscow Town Planning and Land Commission acknowledged this and canceled the permit, demanding that the construction site at the park be dismantled. However, this still has not been done.

Moreover, the park’s defenders have been assaulted several times by Russian Orthodox militants. In the early hours of February 13, militants from the Multitude (Sorok sorokov) movement attempted to start building the church without authorization, but they were stopped by police.

In the early hours of March 3, a camp set up activists maintaining a 24-hour vigil in the park was demolished with assistance from the police. Law enforcement officers drove the environmentalists from their tent and pushed them aside as persons unknown arrived in a GAZelle minivan, loaded up the tent and the activists’ personal belongings, and drove off. It transpired that the minivan belonged to the Losiny Ostrov (Moose Island) District Council.

In the early hours of August 29, police detained twelve people, claiming that activists had been trying to break the fence around the proposed construction site.

Ekaterina Schulman, political scientist
This is a bad story, and it is bad because of the numbers of people involved. Nine people have been detained. The police came to their homes at six in the morning and took them to the Investigative Committee on suspicion they have violated Article 148.1 of the Criminal Code (“Public actions expressing clear disrespect for society and committed to insult the feelings of religious believers”), for which the maximum penalty is a year in prison. Meaning that it is a minor offense. Why is the Investigative Committee involved at all? They supposedly deal with serious and very serious crimes in Russia, no? All the detainees are neighbors, husbands and wives, meaning the police carpet-bombed a neighborhood that had been protesting construction of a new church in a park. What is the magnitude of their crime, which did not involve violence? What, are they terrorists? If charges of insulting religious believers have been filed in connection with a complaint, then investigate the case the usual way. Dear Investigative Committee, as a law enforcement agency you are not in the best position nowadays, and if you think you are going to strengthen it by suddenly arresting a dozen ordinary Russians for the glory of the Russian Orthodox Church, you have another think coming. If you haven’t noticed, the trend now in Russia is against exacerbation, incitement, and extremism, and for keeping people calm during the economic crisis. The FSB at least pulled some terrorists from its sleeve who wanted to blow up shopping malls. People understand that, but what was your bright idea for cheering up the media scene?
Source: Facebook

Translated by the Russian Reader. Thanks to Nikolay Mitrokhin for the heads-up

The Thermals, “A Pillar of Salt”

I can see she’s afraid
She could see the danger
We don’t want to die or apologize
For our dirty God, our dirty bodies

In the queue outside the centre, there is little sympathy for Greenpeace among relatives of other detainees, as they wait to deliver packages. “We have a saying in Russia: you shouldn’t go into someone else’s house and try to live by your own rules,” said one middle-aged woman who had bought a parcel of food for her 33-year-old daughter, who had been inside for five months on charges she did not want to reveal. She had been waiting in freezing temperatures since 4am to ensure she was among the lucky few who got to deliver her package.

Another man, waiting to deliver a package to his brother, suggested the Greenpeace activists were paid by western oil corporations to undermine Russia and should be “shot, or at least sent to a camp”. The opinions reflect surveys which show that the majority of Russians support the piracy charges. 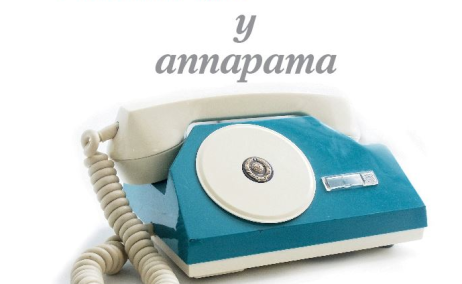 For some reason, as the country sinks deeper into the Putinist fascist night, this “saying” becomes more and more popular. I’ve personally heard and read it something like six hundred thousand times over the past few years, but it’s hard to remember anyone ever saying such a thing in the nineties. It’s just remarkable how people participate so willingly in their own enslavement and extinction, and with the help of such “sayings.” Yes, “folk wisdom” really does consist in repeating over and over again what some fat cats with soccer teams in England, kids in Swiss schools, and mansions on the Riviera want you to think.

On the other hand, reporters like Shaun Walker wouldn’t have to look that hard for Russians who don’t think this way, even in Murmansk. And it’s pointless, as he does here, and as avid Russian watchers both inside and outside the country love to do, to cite a “public opinion” poll that, allegedly, shows the majority of Russians don’t support the arrested Greenpeace activists. Aside from any other number of methodological and philosophical issues with such polls more generally, not only in Russia, “public opinion” is a nearly meaningless concept in a country lacking all the things that make it a somewhat more meaningful concept in other countries, things like free elections, broadly based political parties, non-astroturfed grassroots groups, much stronger and more militant independent trade unions and, most important, freedom from constant terrorization and brainwashing, in the not-so-distant past and now again, over the past fourteen years, by officialdom, whether in the form of bureaucrats, police or state media.

Why does “the majority” not support the arrested Greenpeace activists? Because they (or, rather, a good number of the people who answered this dubious poll) thought that this was the response expected from them. Why did they think that? Because state and loyalist media have portrayed Greenpeace as the second coming of Al Qaeda, willing dupes of the CIA, and any other baleful thing you can think of. You don’t even have to believe this stuff. You just know that if some “polling organization” calls you up out of the blue, there are strong cues out there in the big media world to which you have access telling you how to respond to such questions. So what’s the point of thinking something different out loud? But then Shaun Walker, hundreds of other reporters, “political analysts,” “sociologists” and so on cite this “public opinion” as if it weren’t obtained under duress. It’s a vicious circle.

The presidents of Finland and Russia, Sauli Niinistö and Vladimir Putin, met at the residence of the Finnish leader in Turku, RIA Novosti reports. “Very beautiful and pleasant weather. That is a good signal for Moscow,” Niinistö said in Russian when greeting Putin.

“We recently recalled out previous meeting and it became clear that certain results and progress is apparent in the achievement of what we agreed upon then,” the Finnish president continued. Vladimir Putin in turn admitted that since childhood he has known a handful of Finnish words, albeit not enough for conversation. He also pointed out the St. Petersburg and Turku have been closely connected for many years.

Vladimir Putin participated in events honoring the 60th anniversary of the sister city relationship between St Petersburg and Turku, the Kremlin press service reports. In addition, a ceremony was held at one of Turku’s central squares, where a plate with. Mr Putin’s name was laid in recognition of his efforts to protect the Baltic Sea environment.

The President of Russia was also presented with a Turku city medal. The medal is given to political and public figures for their services to the city, as well as the heads of foreign nations who make a major input into developing relations between their nation and Finland on arrival to Turku.

Thanks to Sergey for the whole thing (or most of it).