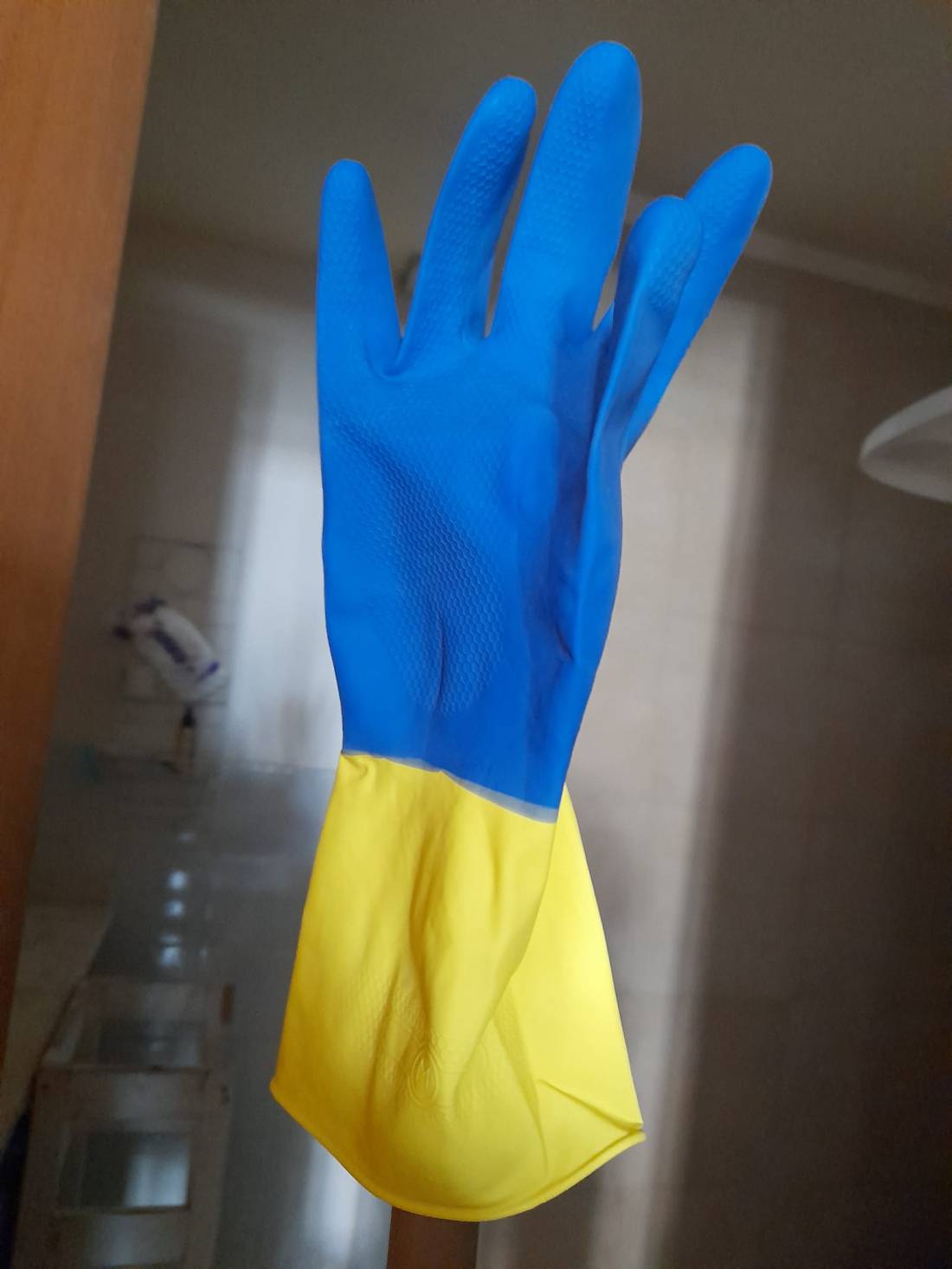 There are many women from Ukraine working in Israel, women who were forced to come here to work because of the complete devastation wrought by the war. They are employed in cleaning and in caring for the elderly and children. Nathan’s nanny, Vika, has been here for about five years. She hasn’t seen her own children and mother during this entire time. At first she worked as a cleaner, then, perhaps due to constant contact with toxic cleaning substances, she got sick with blood cancer. She was given medical care at one time, but then she was turned down on an extension of her insurance. Vika’s only chance to survive is a bone marrow transplant operation that costs 285 thousand dollars. As a non-citizen of Israel, she will not receive free medical care here. Vika is only a few years older than me. She has nowhere to go back to go for treatment. (Although, even if she did, they wouldn’t treat it for free either.) This morning I heard another woman, Mila, already middle-aged, weeping and telling her family, “It would be better if I were with you.” I have no emotional strength left for righteous indignation, karma-cleansing public shame, and slogans. I have only a huge desire for Vika to survive and be able to hug her children, and for Mila not to weep in horror for her family.

There were very few people [at the protest in downtown Moscow], alas. Thank you to everyone who came, and [I wish] a speedy release to everyone who is in the paddy wagons. But how [only] a thousand people can come to a rally in Moscow against the terrible criminal war unleashed by our country, I do not understand. I don’t blame anyone, I understand that it’s scary, but we cannot manage to do anything, alas. It’s very hard to bear. NO TO THE CRIMINAL WAR WITH UKRAINE!

Today is my birthday. I am 43. I was born in 1979, in Leningrad, in a Jewish family. I grew up very sheltered and very afraid. My grandfather, a survivor of a German POW camp, who managed to escape arrest and prosecution in the USSR, taught me to behave “lower than grass, quieter than water,” showing total submission toward any and all authority figures. At my school, my brother’s teacher tore an earring out of a girl’s ear, tore it “with meat,” right through the earlobe, because of some Soviet prejudice against earrings. That teacher remained a teacher in the school. Two other teachers in two different schools I went to had been known sexual predators who went after boys. One of them was eventually pushed out of teaching, but the other remained. I don’t even mention the daily groping on the bus and subway, on my way to school, that violence seemed so every day that it still feels pointless to speak up about.

At 16, when I had to get my first passport, my family insisted that I try facing the authorities on my own. I tried and got a run-around and received a set of impossible instructions and returned home in tears and full of hatred for all the stone-faced people who refused to help with such an everyday task. (I hadn’t read Kafka by then yet, but when I did, I knew what he was writing about.) The next day, my grandmother came to the passport office with me. She fixed the problem as she always did, by begging and pleading — I’m old and my granddaughter is young and stupid, could you please help us — the skill she had that always horrified me. I refused to imagine how she had come by it. I resisted learning to beg, and I resisted fear, too, but fear was the air I breathed. I left Russia at the earliest opportunity, and in my subsequent visits there, considered: Could I live here now? Could I feel free and unafraid? There were years when I imagined I could.

Today, like so many people I’m watching Russia invade Ukraine, and first and foremost I am afraid. I’m afraid for what might happen to the people of Ukraine, of what Russia might do. But I’m also so proud and so happy to see that so many others, people made differently than me, aren’t afraid, and that so many others are able to put aside their fear to fight. I know many Ukrainians are asking why not more Russians come out on the streets of their cities to protest the war. They are right to ask the question. And, given what’s happening in Ukraine right now, fear is a bad answer. In my experience, however, fear is a very real, all-encompassing and paralyzing feeling. My heart is tightening with it so many thousands of miles away, writing this. And yet again, I see others pushing through their fear and come out on the streets of Russian cities despite the very real threat of arrests. And I see people of Ukraine resisting and the world hopefully waking up and coming together to act against the aggressor. The bully relies on and feeds on our fear. This is also real.

One other thing I’ve noticed. Fear masks itself as so many other things. Anger. Hatred. Cynicism. “This isn’t about me.” “Why rock the boat?” “Why should I get involved?” “I shouldn’t do anything that might hurt my family.” I find my mind going through these motions. My mind isn’t comfortable with fear and tries to bury the feeling inside the ever-longer logical chains. And I, among many of us, who grew up in Russia, am badly trained to unpack these logical threads and to face the fear. It’s ok to be afraid. It’s not ok to attack another country.

Source: Olga Zilberbourg, Facebook, 24 February 2022. Ms. Zilberbourg is the San Francisco-based author of the highly acclaimed Like Water and Other Stories and co-editor of Punctured Lines, a feminist blog about literature from the former Soviet Union. 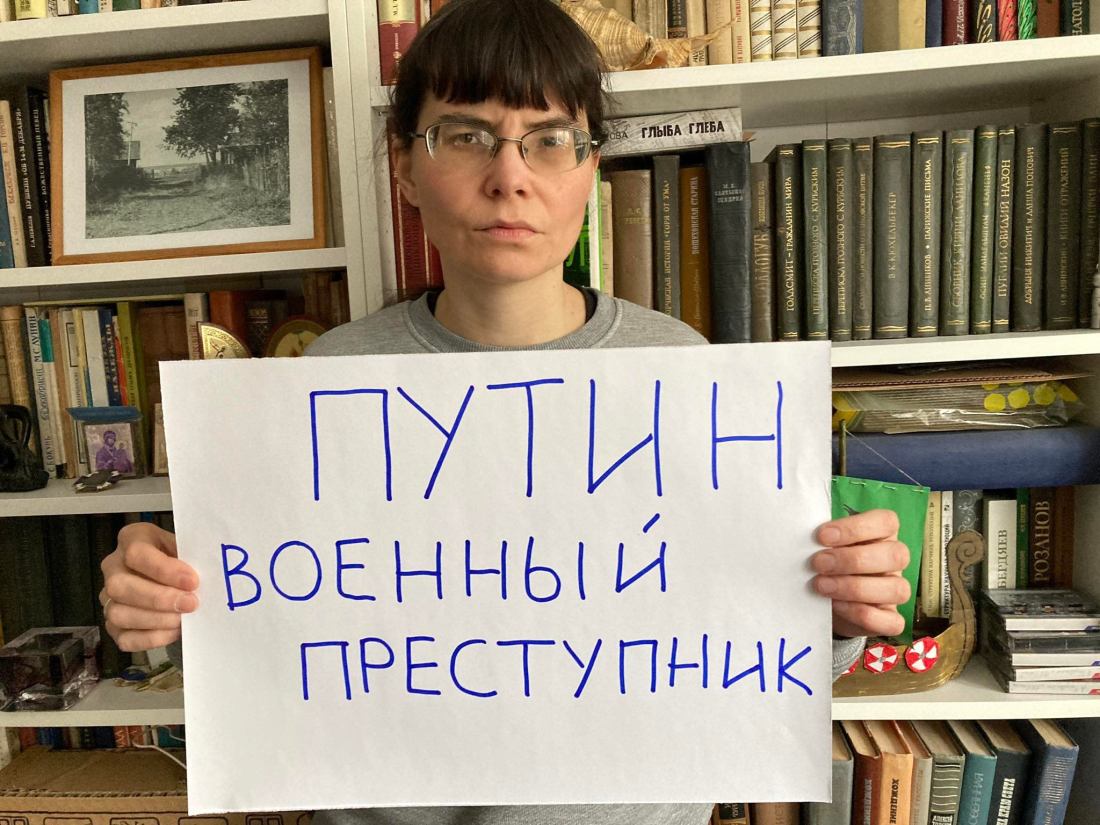 “Putin is a war criminal.” 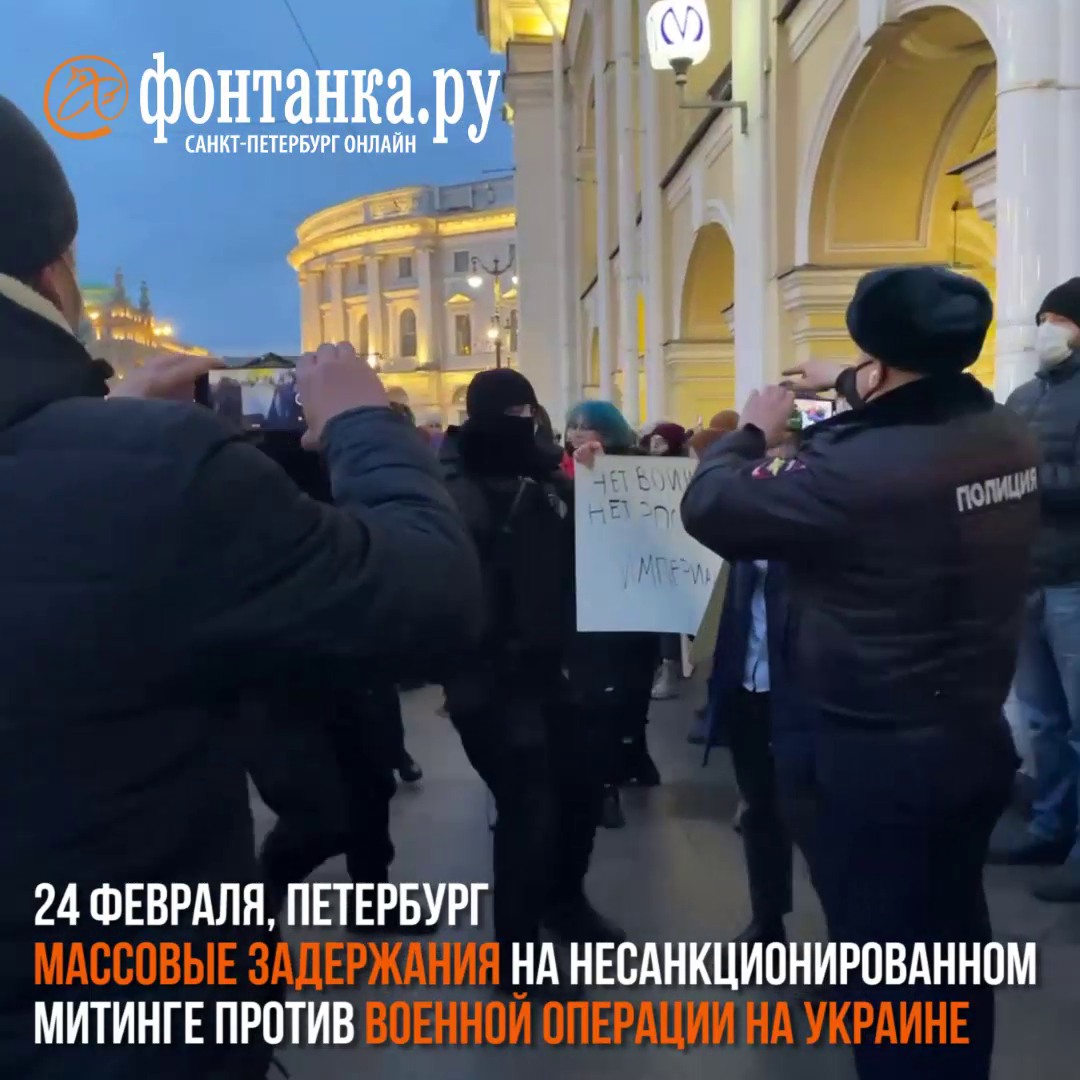 Dear everyone,
[S]hocked as we all are by the nightmare of the news today, whatever you say and whatever your opinions might be on who is to blame and what must be done, please just remember that within Russia there are very different people, with different views — not everyone is supporting the war or the government (in my feed not a single person is, as far as I can see, but that is, sadly, not a universal picture). In my city, St. Petersburg, today over a thousand people came to Nevsky prospect to protest against the war, in spite of the danger. They are in danger because the political regime in Russia is as intolerant to its opponents as it has been over the past decade, maybe more so. Many were detained, which will inevitably mean prosecution — almost certainly fines and possibly arrests, not to mention the following risk of being fired from work. I understand that in other cities, in Ukraine, people are facing a much more immediate danger of being bombed, but believe me, it is also scary to go to a street with a placard “No to war” when you might end up in prison for that. Screenshot is from a video by Fontanka, a local newspaper.