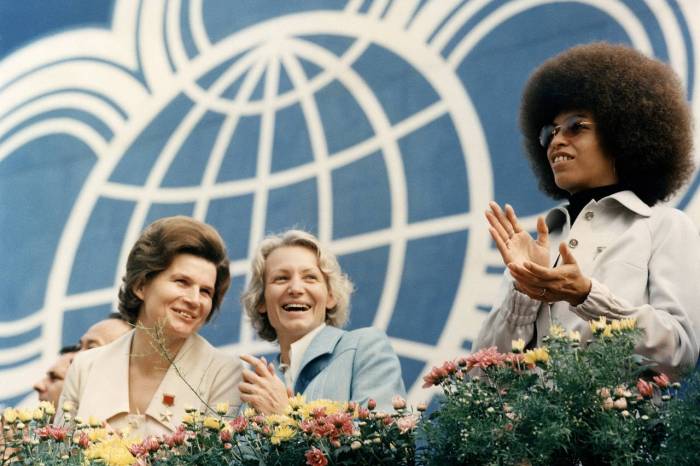 “In the Atrium Gallery, the Regimes Museum displays uniforms, flags, posters and other paraphernalia from East Germany. Not only soldiers, sailors and police wore military-style uniforms. So did postmen, bus and streetcar operators, volunteer firefighters and members of the Red Cross.” (Joseph D’Hippolito, “Angela Davis, East Germany and Fullerton,” Wall Street Journal, June 27, 2019)

Mr. D’Hippolito might be interested to know that East Berlin actually had streetcar operators because it actually had streetcars. The last tram made its last run in West Berlin in October 1967. Since reunification, the city’s transport authority has tentatively expanded a few of the East Berlin lines into West Berlin, but there are bigger plans afoot for expanding the city’s “half of a tram network.”

Nevertheless, Berlin has the third longest streetcar system in the world, after Melbourne and Petersburg. I have no clue about what has been going on in Melbourne, but Petersburg has spent many of the last thirty some years devastating its network, once the longest in the world. Trams there have had to give way, as they did in West Berlin, to private cars, thus exacerbating climate change.

But capitalism is superior to socialism, no?

Watch this space for “Was There Life on Mars?”, my report on East Berlin: Half a Capital, a terrific exhibition currently on view at the Ephraim Palace in Berlin-Mitte.

Needless to say, the exhibition’s curators have a slightly more sophisticated take on life under socialism than the WSJ could ever imagine. Tellingly, the day I visited, all the other visitors were my age and older and had the bearing and look of East Germans, meaning they were revisiting their childhoods and youths.

I doubt what they were feeling was the much-dreaded or much-celebrated “Ostalgia,” but something more akin to surprise. After all, the planet on which they were born and grew up disappeared in the twinkling of an eye. Since there was an extraordinarily large, determined grassroots resistance and reform movement in East Germany in the seventies and eighties, a movement wholly or almost wholly absent in West Germany, the country and the world lost a lot when the capitalist vacuum cleaner simply sucked up the country after 1989.

In Berlin, one effect has been the extraordinarily intense gentrification of many former East Berlin districts, especially Mitte, Prenzlauer Berg, and Friedrichshain. As I discovered recently, however, there are pockets of wholesale gentrification as far east as Friedrichshagen, now a picture-perfect bourgeois colony for West Germans.

You do find yourself wondering where all the pre-1989 inhabitants of these places have gone.

In Fullerton, California, however, they are still fighting “communism,” something that never existed in any case {TRR}