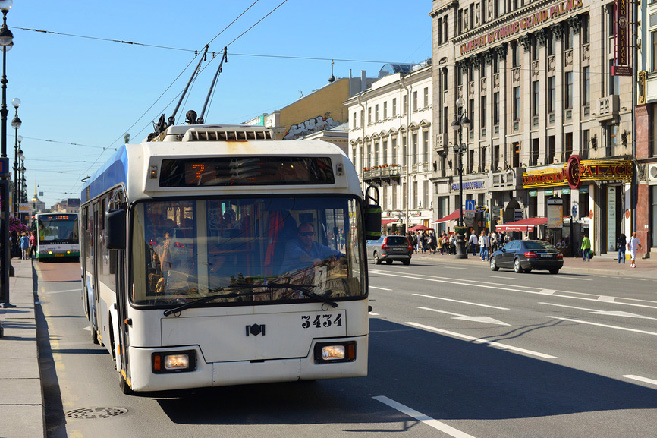 A friend mailed the following story to me this morning.

I had an interesting trip to the agricultural fair yesterday. I bought some honey from Pskov and a few other things.

The most exciting part, however, was the trip back home on an overcrowded trolley bus.

It was filled with several distinctly different layers of passengers: old and not-so-old women who had been to the fair, young Tajik or Uzbek men, and students who seemed to be Russian. It was funny to observe how they interacted.

All the women from the fair first talked about various kinds of medical treatments and ways to “undergo serious medical tests” for free (by entering a program to test some new drug without actually taking the drug), but later everybody focused on the solo performance of an old woman who used to work in the Admiralty building.

She shouted that Putin and his gang were criminals, that they have destroyed the country, that there is no future for young people, and that she wanted her talented grandson to go abroad and not to have the life she and her son have had here. But it gradually transpired she hated Putin so much because he had sold Russia to the West and allowed “them” (meaning the Central Asians, as I understood her, because she was pointing at the young Central Asians on the bus) to “flood the country.”

She also said that Lukashenka was a great guy because he had not allowed this sort of thing to happen.

At the same time, she said that although “people chew out America,” she knows some people who went there and told her “the people there live wonderfully.”

So, the old women were rather agitated, the young Central Asian men smiled all the time (including at the angry old woman who was upset by their presence) and politely let them pass or sit down, and most of the Russian students stood with faces that did not express anything, except, maybe, a young woman who smiled at the woman’s speech and seemed to be interested.

The indignant woman was very well spoken and sounded educated. (And she was a “native Leningrader,” as she pointed out). She also came across as very reasonable and well informed—up to the point when she explained that Putin had sold the country to the West (and had betrayed Novorossiya, which in some way is probably even true).

She said that usually when she would talk about this, everybody would tell her they were not interested in politics. But then she said something that was hard to deny.

“Everyone says it’s all politics, politics, but it’s not politics, it’s life.”

She went on to say that, because she spoke about it openly and loudly, someone had once even attacked her on Insurrection Square, grabbing her by the arm. She had cried for help, but nobody had helped her.