One reason Russian has become a lot easier over the past ten or twenty years is that Russia’s creative classes have been strenuously churning their native tongue into a Russified variety of English.

Here’s a great example, as suggested to me just now by one of Mark Zuckerberg’s algorithms, which know I adore this ghastly self-hating twee monster called Rusglish.

At one of Chef Aram Mnatsakanov’s tiny empire of restaurants in Petersburg, Jérôme (don’t ask), you can order something called ban s rostbifom and ban s svininoi for brekkers.

It’s not the rostbif and svinina (“roast beef” and “pork”) that caught my eye. They’ve long been part of the great and mighty Russian language.

What caught me eye was the word ban (bun). Why were “Russia’s Jamie Oliver” (not my coinage) and Co. unable to condescend to the perfectly Russian, extremely ordinary, and utterly comprehensible word bulochka (“bun”) when writing up the menu?

Because that would have sounded too common. For €6.77 a pop Mnatsakanov’s diners expect something “fancier” (as Mum would have put it) than a plain old bulochka their babushkas could have baked for them out of the kindness of their lonely hearts.

Mnatskanov’s customers don’t want kindness. They want conspicuous consumption. And they want it labeled, at least partly, in English, even if that English is as supremely common and humble as “bun” (ban). TRR

The topsy-turvy life and times of Alexei Zhuravlyov, Russian “lawmaker”:

MOSCOW, November 29 (RAPSI) – A Russian lawmaker said Thursday that the State Duma will throw its weight behind making sure that the Russian language is recognized as an official language of the EU. The drive could become a reality after changes to EU rules allowed citizens to propose adding languages as long as they could collect one million signatures, Defense committee member Alexei Zhuravlyov told a roundtable. Zhuravlyov said the signature-collection drive should not pose any problems as there were large Russian communities in the EU and that the initiative would be [supported] by a federal agency that promotes international cooperation. The proposal was first aired by Russian deputy Prime Minister Dmitry Rogozin.

MOSCOW, October 19 (RIA Novosti) – A bill that proposes stripping gays with children of their parental rights, introduced by Russian lawmaker Alexei Zhuravlyov, has been withdrawn from the parliament, a spokesperson for the lawmaker said Saturday. “Yes, he has indeed withdrawn it,” spokesperson Sofia Cherepanova said, adding that the document would be later revised and again submitted to the Russian State Duma. She said that the author’s position on the matter “remains unchanged.” “Anyway, we are interested in passing the bill,” Cherepanova added. Zhuravlyov, a member of the ruling United Russia party, submitted the bill to the lower house of the Russian parliament in September. However, the proposal has not received any significant public backing.Between 5 and 7 percent of the Russian population are gay, a third of whom have children, Zhuravlyov’s bill claimed, citing unspecified experts. If true, between 2.3 million and 3.3 million Russians could possibly lose their children if the bill was passed. 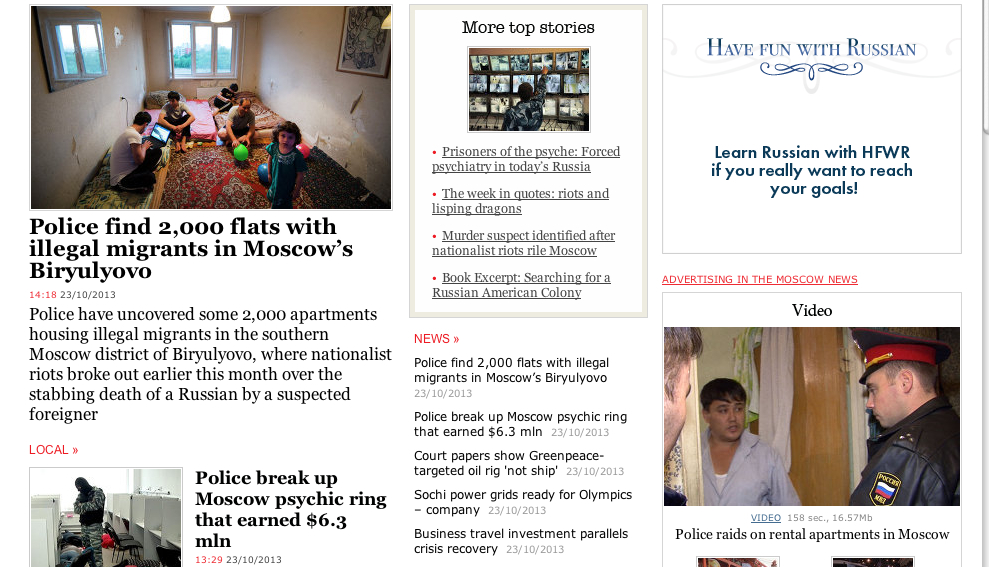