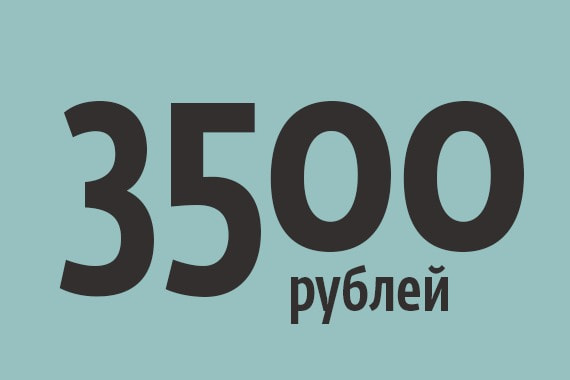 “3,500 rubles.” Graphic courtesy of Vedomosti. At the current exchange rate, 3,500 rubles is worth approximately 46 euros.

Some Can Only Afford Macaroni, But Some Cannot Even Afford That
Saratov Official’s Suggestion to Spend 3,500 Rubles on Food a Month Is a Reality for Millions of Russians
Tatyana Lomskaya
Vedomosti
October 19, 2018

The statement by Natalya Sokolova, minister for labor and employment in Saratov Region, that 3,500 rubles a month was enough for the “minimum physiological needs” of Saratov pensioners so angered the public that she was made an ex-minister in a matter of days. Ms. Sokolova had insisted it was not worth raising the monthly minimum cost of living for unemployed pensioners by 500 rubles: an increase of 288 rubles would be enough.

Ms. Sokolova, however, refused to go on such a diet by way of an experiment. Her status supposedly did not allow it.

But is it only Saratov pensioners who subsit on such a meager diet? Let’s compare them with other regions.

The authorities calculate the amount of the mountly minimum cost of living on the basis of the cost of the monthly minimum food basket. They add to its cost (which is 3,500 rubles in the case of Saratov pensioners) the exact same amount of money for paying for non-food items and services, for example, clothing, housing, and utilities. The monthly minimum cost of living for pensioners in Saratov Region was therefore 7,176 rubles (95 euros) in the second quarter of 2018. It was 9,354 rubles (124 euros) for the region’s able-bodied residents, and 9,022 rubles (120 euros) for its children.

The monthly minimum food basket includes the cheapest groceries. It is meant to provide an individual with the necessary amount of protein, fats, and carbohydrates for a month, explains Liliya Ovcharova, director of the Institute for Social Policy at the Higher School of Economics. The basket mainly contains baked goods, a few eggs, lots of porridge, milk, and an altogether small amount of meat. According to Ms. Ovcharova, the diet will keep a person alive. It is another matter that it is “tasteless” and below rational norms of consumption, flagrantly lacking in meat, vegetables, and fruit. It is not surprising people find this diet unacceptable.

But the number of poor people can be measured not only on the basis of the minimum grocery basket, a standard that was introduced back in the 1990s. In European countries, for example, people with incomes of 50% of the median have been considered poor since the 1950s. At the same time, the Europeans base their calculations not on minimal but on rational norms of food consumption, Ms. Ovcharova notes. They compute how many specific vitamins, minerals, iron, and calcium a person needs. This food basket is much pricier and presupposes a completely different level of consumption and well-being.

It is probably best not to count how many Saratov pensioners can afford this food basket until 2024.