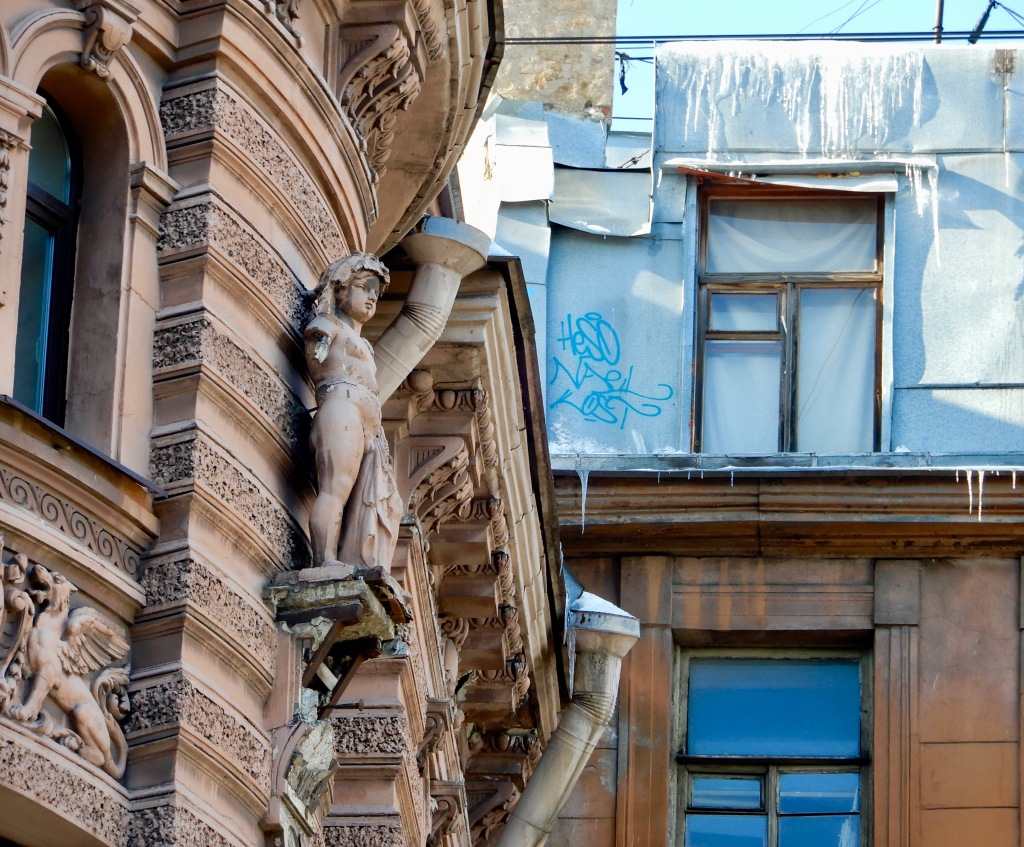 Then let not winter’s ragged hand deface
In thee thy summer, ere thou be distill’d:
Make sweet some vial; treasure thou some place
With beauty’s treasure, ere it be self-kill’d.
That use is not forbidden usury,
Which happies those that pay the willing loan;
That’s for thyself to breed another thee,
Or ten times happier, be it ten for one;
Ten times thyself were happier than thou art,
If ten of thine ten times refigured thee:
Then what could death do, if thou shouldst depart,
Leaving thee living in posterity?
Be not self-will’d, for thou art much too fair
To be death’s conquest and make worms thine heir. 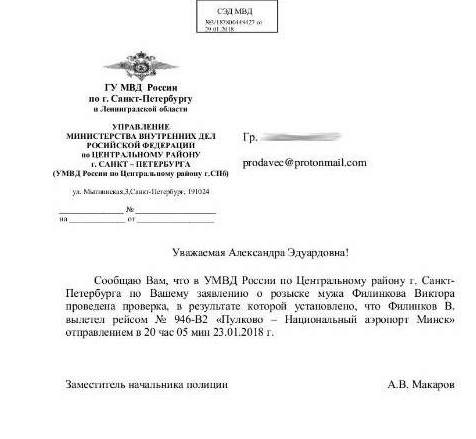 The Petersburg police have sent Alexandra Filinkova, wife of antifascist Viktor Filinkov, who was abducted by the FSB, tortured in their custody, and is now jailed in a Petersburg remand prison, charged with “involvement in a terrorist group,” a letter claiming it conducted a review and determined that on 23 January 2018, when Viktor was in fact abducted by FSB officers from Pulkovo Airport, in reality he safely flew from Pulkovo Airport in Petersburg to National Airport in Minsk, where he was supposed to catch a connecting flight to Kyiv, where Alexandra was waiting for him.

It is sometimes hard to know how to react to the abysmal cynicism of the Russian authorities.

Thanks to the indomitable Yana Teplitskaya for the heads-up.

If you haven’t heard yet about the Penza-Petersburg “terrorism” case, you need to read the following articles and spread the word.

Facebook has shut down the page of Forbidden in Russia (Zapretno.info), a project focused on the Russian government’s crackdowns on freedom of speech. As the project’s proprietor informed Grani.ru, its Facebook account was deleted without warning and without explanation. The site’s creator did not disclose his name for security reasons.

Zapretno.info publishes texts, images, and other content that, when published or posted in Russia, has led to the filing of administrative or criminal charges.

Zapretno.info’s website is blocked in Russia and is accessible only through Tor, anonymizers, and VPNs.

Translated by the Russian Reader. Thanks to Comrade Koganzon for the heads-up.

“If you’re temporarily blocked from sharing posts on Facebook, it may be because you shared too much in a short amount of time, or shared posts that were marked as unwelcome. A few things to keep in mind about your block: Blocks are temporary and can last a few hours or a few days. We can’t lift this block for any reason. To avoid being blocked again, you should avoid sharing many posts or messages in a short amount of time. Otherwise, your account could be permanently disabled. Additionally, you can learn more about what we allow on Facebook and other policies in our Community Standards.”

I was later told by a friend he had heard of numerous cases of anarchists, antifascists, anti-Putinists, and anti-Assadists whose accounts had also been temporarily blocked for up to three days without warning and without explanation.

The only question is whether Facebook has been acting alone or encouraged by anonymous complaints from fascists, Putinists, and Assadists (“shared posts that were marked as unwelcome”).

It would be great if Facebook would issue a statement explaining its policy, especially in the wake of revelations about the signal role played by fake Facebook accounts in the 2016 US presidential debacle. TRR