According to the publication, beat police, after chasing them around the yards of residential buildings, took eight young men, the oldest of whom was twenty, to a police station. They are suspected of large-scale theft at a public event. At present, six of the victims have filed reports of theft. 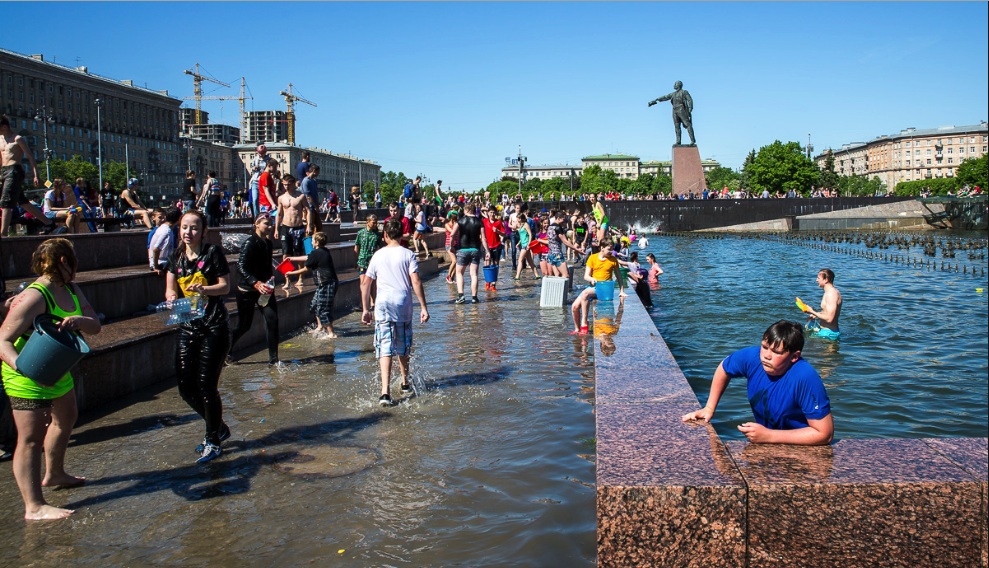 The flashmob lasted for four hours. Several hundred young people armed with buckets, water pistols, bottles, and basins met at the fountains on Moscow Square to celebrate the onset of summer.

Many came in costumes and masks, and the absent-minded risked being caught and dumped into a fountain. Those drying themselves on the sidelines performed circle dances and engaged in “free hugging.” The weather came through for the Petersburgers.

One thought on “Lenin, God of Water”