Vladimir Putin’s war on Ukrainian fascism is off to a flying start in the great man’s hometown of Saint Petersburg, Russia.

During [an anti-war demo on St. Isaac’s Square in Petersburg today, March 2, 2014] the following incident occurred. Elderly Petersburg artist Yelena Osipova, who regularly takes part in opposition protests and has even earned the nickname “Opposition Grandma,” was splashed with urine from a jar. The contents of the jar hit the woman in the face. Eyewitnesses say the person who did this immediately fled the scene. According to witnesses, the ruffianism was the handiwork of a supporter of Petersburg legislator Vitaly Milonov, who had come to the Mariinsky Palace [the seat of the Petersburg Legislative Assembly, on St. Isaac’s Square] from the October Concert Hall [the site of an official pro-war rally]. However, this information is as yet unconfirmed.

Around thirty people have already been detained during an anti-war protest action on St. Isaac’s Square today. Among the detainees was Stefania Kulaeva, director of the Memorial Anti-Discrimination Center. First, [Vitaly] Milonov’s “titushki” attacked [her] placard, then Milonov told police officers that Stefania should be arrested. 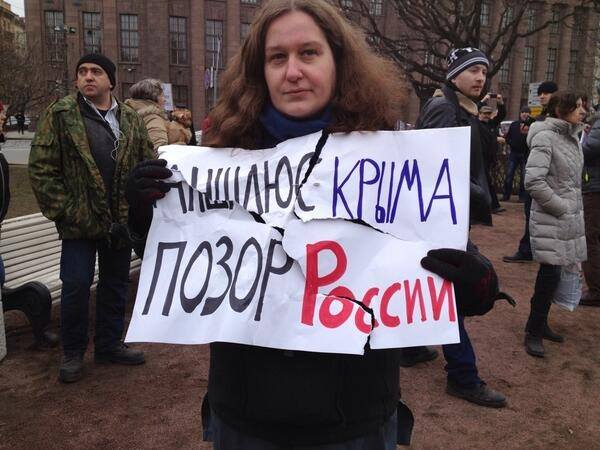