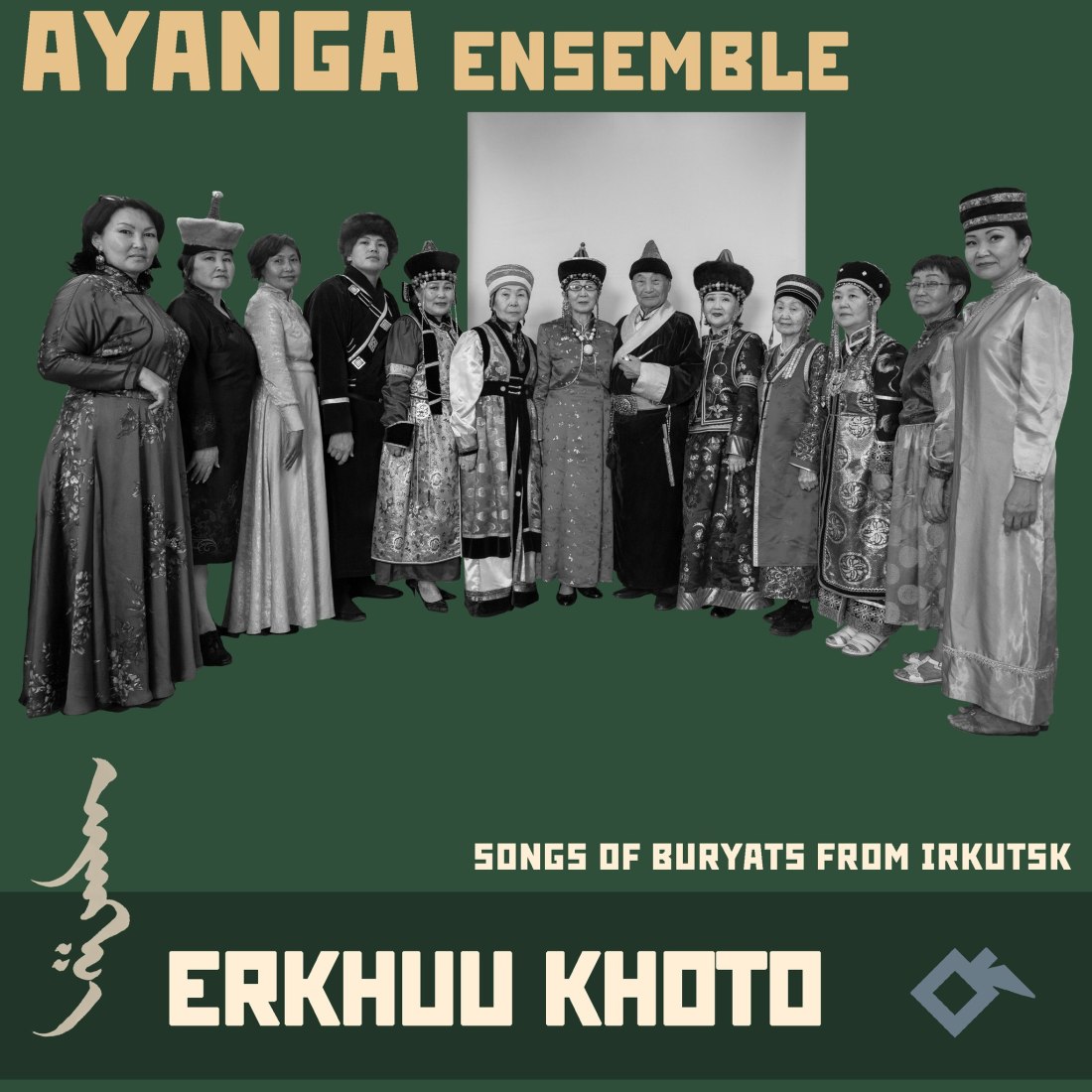 Erkhuu Khoto is the Buryat name for the city of Irkutsk, in which khoto means “city.” Buryats are the indigenous people of this area.

The Ayanga Ensemble (ayanga means “melody” in Buryat) was founded in 1998, the leader is Tsybigmit Damdinzhapova.

The band performs mainly songs of the Irkutsk Buryats, some of which were directly inherited from their ancestors. For example, Evgenia Baldynova learned song 4 from her grandfather. And song 5 was passed on to Petr Saganov from his grandmother Lilia Zhebadaeva, who, in turn, learned it from her grandfather Danchi Nikolaev, born in 1875. And Evgenia and Peter are the oldest (86 years old) and the youngest (27 years old) members of Ayanga respectively.

Some of the ensemble participants moved to Irkutsk from Buryatia and Transbaikal, so particular songs come from there. For example, Onon is a river in Transbaikal Territory.

The calligraphic inscription on the cover is the name of the ensemble written in Old Mongolian script by Rinchin-Khanda Lubsanova.

The Buryat song titles are written as given by the performers and may differ slightly from the literary version.

Thanks to Tsybigmit and the ensemble, Sergey Shotkinov, Lyudmila Gerda, Natalya Dmitrieva.