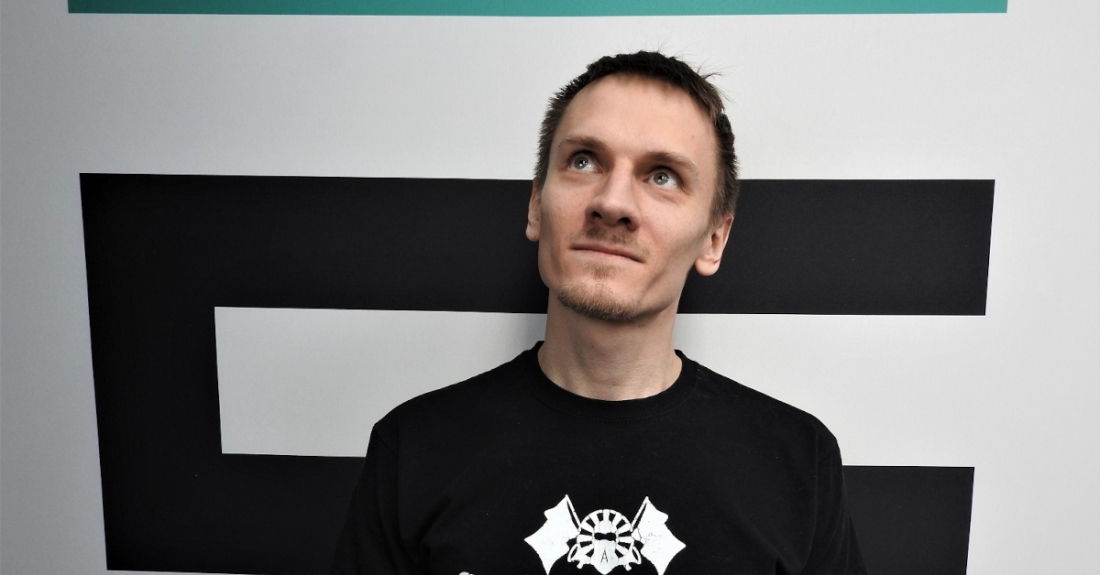 Today, the last hearing in the trial of Mikola Dziadok took place. He was found guilty on all charges and sent to a medium-security penal colony for 5 years. The sentence was fully consistent with what the prosecutor requested.

Last year, the anarchist was targeted by the GUBOPiK for his numerous publications about this organization of pro-Lukashenko activists. From July 2020 until his arrest in November 2020, Mikola was in hiding: the repressive apparatus searched for him for almost five months with all the forces at its disposal.

When he was arrested, Dziadok was tortured to gain access to encrypted data on his computer. In many ways, the torture itself was the revenge of the security services on the blogger and anarchist activist for his political work.

This trial has once again shown that the Lukashenko regime is afraid not only of physical confrontation on the streets, but also of confrontation in the information realm. After all, in 2020 it was words that Mikola used to fight the dictatorship in our country. Moreover, he did not leave the country, as other bloggers did, but stayed.

We hope that Mikola, like all the other prisoners of the revolution, will not have to wait long for freedom, and very soon we will meet them on the outside!

Thanks to Antti Rautiainen for the heads-up. Translated by the Russian Reader