The amazing and indispensable OVD Info has been placed by the Russian Justice Ministry on its list of “foreign agents.” OVD Info broke the news in this email to its supporters, sent an hour or so ago, as translated by me. 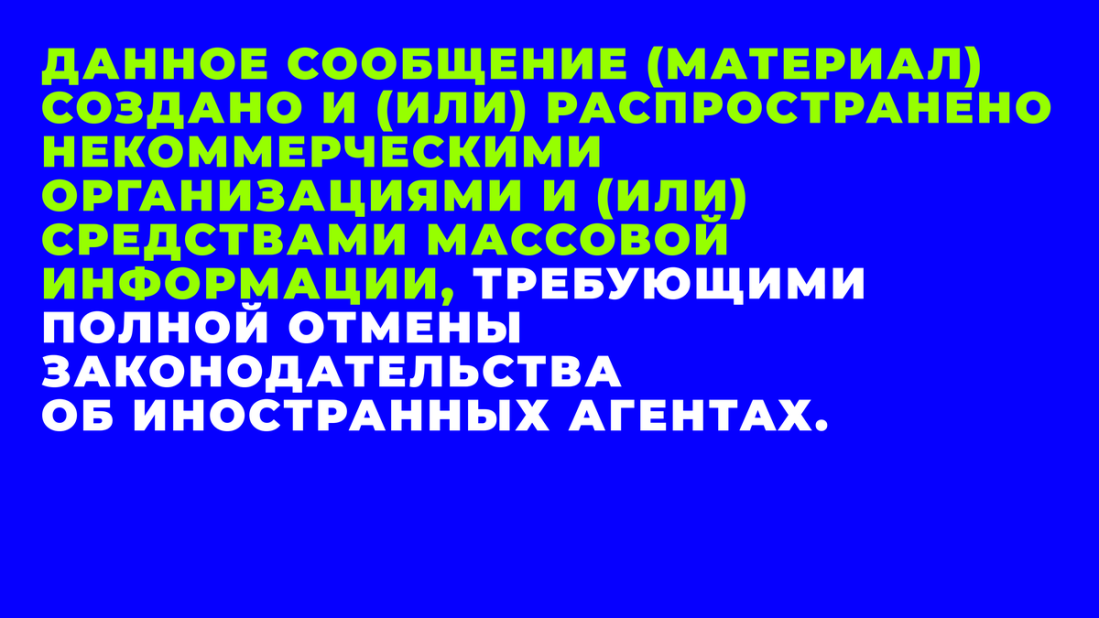 “This message (content) was created and (or) distributed by non-commercial organizations and/or mass media outlets demanding the total repeal of the law on foreign agents.”

We have disturbing news. Today, the Russian Justice Ministry has placed OVD Info on its “register of unregistered public associations performing the functions of a foreign agent.”

The attack on our project hasn’t taken us by surprise: for almost ten years we have been writing about politically motivated persecution every day, and it is difficult to surprise us, especially this year. We have seen what the weather is like outside the window: independent media and journalists have been labeled “foreign agents” one after another, and there are few human rights projects in Russia that have not yet received the status of “foreign agent.”

“Foreign agent” status does not impose any additional risks on you. Nothing changes for you: it is safe to support us and other initiatives identified as “foreign agents.”

Are we really someone’s agents?

OVD Info has been and always will be an independent project. This means that we do not depend on any other organizations, be they political movements or international foundations. We do not have major donors either: we are supported by thousands and tens of thousands of small donations, most of which do not exceed 500 rubles [less than six euros].

We are not agents: we don’t do anyone else’s work or do anyone else’s bidding, especially those in foreign countries. We are not foreigners. On the contrary, we are probably the most popular human rights project in Russia. The only thing that OVD Info depends on are the hundreds of thousands of Russian citizens who support us with donations, reposts, volunteering and kind words.

OVD Info appeared on the map in December 2011 as a personal initiative and a response to what was happening in police departments to people detained at protest rallies, and it operated exclusively on a volunteer basis for several years. To this day, OVD Info has remained an initiative powered a huge community of caring people.

To label us “foreign agents” means devaluing ten years of work by a huge number of people — the readers, volunteers, donors, and lawyers who have created this project along with us.

Why is this happening?

The Russian authorities apparently consider our project hostile to them, but we are not fighting the authorities or fighting to take power. We protect the right of Russian citizens to assemble freely, and we assist everyone whose right to assemble freely has been violated. The reasons for protest rallies and the political views of their participants don’t matter to us. We defend everyone who faces a violation of their right to public protest, regardless of the issues they raise and the demands they make. We defend environmental activists, defenders of squares and parks, opponents of the residential housing renovation program and the Plato road tolls system, leftists and rightists, opposition activists and pro-government activists, Navalny supporters and Communist Party supporters, independent journalists and journalists from Russia Today. There are no shades of gray when it comes to human rights protection, there are no good and bad people: there are only people whose rights have been violated.

And we are certain that no country is capable of stable growth if it does not protect the rights of its citizens. The campaign launched by the authorities against civic groups and the media is disastrous not only for Russian civil society, but also for the country itself.

1. We will go on working as we always have. Perhaps, due to the new circumstances, things will be more difficult for us, but society’s need for what we do has not gone away: freedom of information still must be protected, and individuals must still not be left to face the system alone. In order for us to do this, we will have to put a banner on the top of our website notifying readers that we have been placed on the register of “foreign agents.”

2. We will legally challenge our project’s inclusion on the register of “foreign agents.” We have little hope of a quick victory in the Russian courts, but we believe that sooner or later justice will prevail in the European Court of Human Rights.

3. We call for solidarity with all the initiatives, media outlets and journalists who have been subjected to this same attack in recent months. We are not asking you to support us: thanks to you, we have sufficiently robust resources. But projects that don’t have your support are in particularly dire need of it.

Therefore, we ask you to support with a donation any of the projects that work with us side by side, and that you not be afraid to do it.

We will more and more zealously demand the repeal of the law on “foreign agents” and urge you to join this campaign as well: to begin with, please sign our petition. It is also important to support those who face government pressure. On the website Solidarity.Support, you can choose who you want to support with your rubles: so far, “foreign agent” status does not entail any additional risks for donors and beneficiaries.

Despite the fact that there is no direct threat to us right now, we take what is happening as seriously as possible. The “foreign agent” law enables the authorities to first throw a lasso around any objectionable initiative, and then arbitrarily tighten it. Since 2012, when the first version of the “foreign agent” law was adopted, the requirements for organizations placed on this register have been constantly expanding, while their opportunities for doing their work have been narrowing. In fact, any “foreign agent” can be forcibly liquidated at any time, and its leaders can be arrested.

Don’t forget this, don’t be afraid of anything and stay on our side! You and your trust are the most valuable thing we have.

We are always on your side,
The OVD Info team