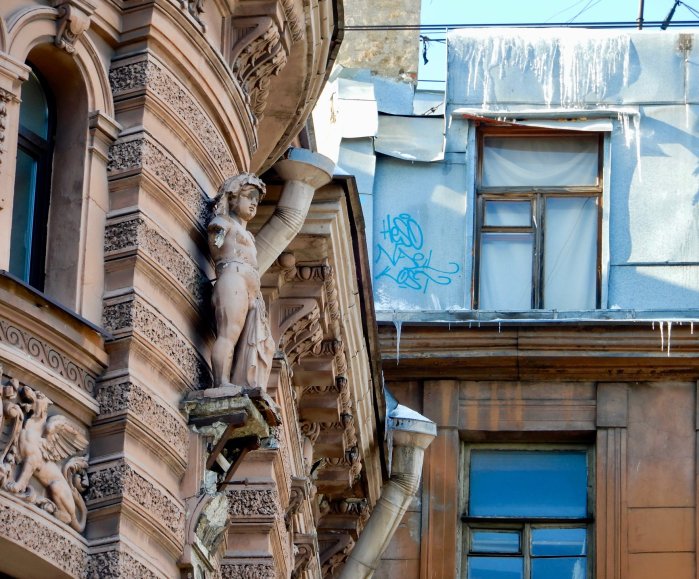 From a friend in Leningrad:

“L. and I got our second covid shot today. There are no queues here. The majority of the population, as you know, is afraid and has no plans to be vaccinated, and no public awareness campaign is underway. L. telephoned the clinic, and they signed us up for the next day!”

Meanwhile, according to the Moscow Times, the pollocracy rolls on, scientifically confirming all our worse fears about the deplorable Russisch hoi polloi (some of which may be true if only in the sense that “independent polling” in Russia is meant to reinforce the authoritarian “mindset” it pretends to unmask by asking “ordinary people” whether they’ve stopped beating their wife):

Nearly two out of three Russians believe the conspiracy theory that the coronavirus is a bioweapon created by humans, a survey by the independent Levada Center polling agency said Monday.

According to Levada’s results, 64% of Russian respondents said Covid-19 was artificially created as a new form of biological weapon. That compares with 23% who said the virus emerged naturally and 13% who couldn’t answer.

Vaccine hesitancy is also on the rise, with 62% of respondents saying they don’t want to get Russia’s Sputnik V jab compared with 30% who do. Younger Russians were more skeptical of the domestically manufactured vaccine than their older counterparts by a 74-to-56 margin.

Among the most cited reasons for declining interest in Sputnik V are fears of side effects, incomplete clinical trials and the sense that “there’s no point” in a vaccine, Levada said.

Still, four out of five Russians said they or someone they know had already gotten sick with Covid-19, while 28% said they have not come across anyone who got sick.

Levada conducted the survey among 1,601 respondents from 50 regions between Feb. 18-24.

Completing this depressing picture, Masha Gessen finally admits to what I’ve long thought was the reason that she and lots of other “liberal” Russians had nothing to say about the Yuri Dmitriev case and other sketchy frame-ups of Russia’s undesirables (e.g., the Network Case defendants and the Jehovah’s Witnesses) perpetrated by the country’s insecurity services: because when the Kremlin and its info cronies “heinous” political prisoners and dissidents, it work. Proper people like Gessen don’t want to have anything to do with their solidarity campaigns. To wit:

The Russian regime has used both its vast media infrastructure and its judicial system to vilify its opponents. An army of Kremlin trolls appears to be working to keep Navalny’s old xenophobic statements in circulation, and on occasion it seems to have manufactured new ones (I am not repeating the fake here). Perhaps the most egregious example of smearing a political opponent is the case of the memory activist Yuri Dmitriev, who has been convicted of sexually abusing his adopted daughter. There is little doubt that the persecution of Dmitriev is political, but the charge is so heinous that I, for one, have refrained from writing about the case. Amnesty hasn’t named Dmitriev a prisoner of conscience, either. As the Kremlin continues to crack down on the opposition, I would expect many more opposition activists to be revealed to be indefensible, as though only morally impeccable people had the right to be free of political persecution.

Photograph by the Russian Reader