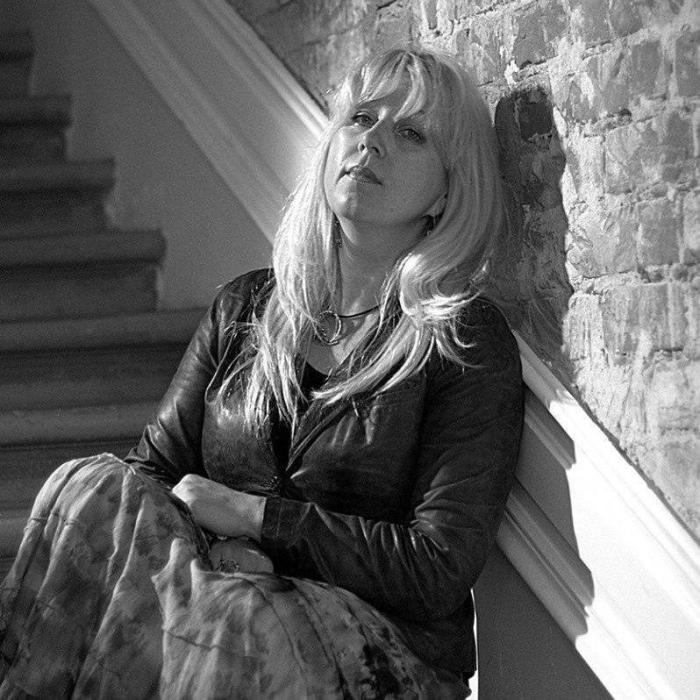 Irina Slavina, editor-in-chief of the online publication Koza Press, set herself on fire near the Interior Ministry headquarters in Nizhny Novgorod [on October 2]. Before that, she wrote [the following] post on her Facebook page: “I ask you to blame the Russian Federation for my death.”

Slavina died on the spot. 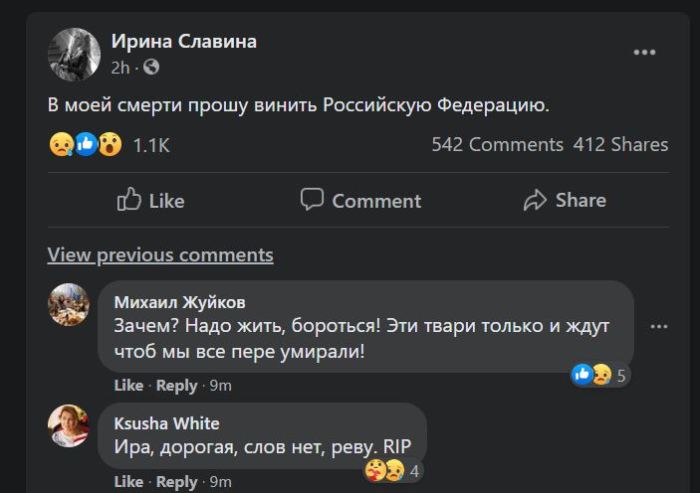 Yesterday, Slavina’s home was searched as part of the Open Russia case. According to the journalist, all of her electronic devices confiscated.

“Today, at 6:00 a.m., 12 people entered my apartment using a blowtorch and a crowbar: Russian Investigative Committee officers, police, SWAT officers, [official] witnesses. My husband opened the door. I, being naked, got dressed under the supervision of a woman I didn’t know. A search was carried out. We were not allowed to call a lawyer. They were looking for pamphlets, leaflets, Open Russia accounts, perhaps an icon with the face of Mikhail Khodorkovsky. I don’t have any of these things. But they took what they found—all the flash drives, my laptop, my daughter’s laptop, the computer, phones (not only mine, but also my husband’s) a bunch of notebooks that I had scribbled on during press conferences. I was left without the means of production. I’m completely okay. But May [a dog?] suffered a lot. They didn’t let him go outside until 10:30.”

Passersby and Interior Ministry tried to extinguish Slavina. According to eyewitnesses, the flame blazed up very quickly and they were unable to save [her].

This video is not for the faint of heart: it show the self-immolation of Koza Press editor-in-chief Irina Slavina in Nizhny Novgorod. From the very beginning, a bystander tried to help her, but [Slavina] pushed him away.

In the spring of 2019, [Slavina], for example, was fined 20,000 rubles for an “unauthorized” protest march, and in the autumn, a record 70,000 rubles for “disrespecting the authorities.” This summer, the journalist was investigated on suspicion of “disseminating false information” because of a news item [she published] about the coronavirus, and this time she was threatened with a fine of 500,000 rubles [approx. 5,500 euros], which [Slavina] regarded as “financial murder.”

Thanks to Alexander Chernykh for the heads-up. Photograph and video courtesy of Baza. Translated by the Russian Reader. The most recent article published on the Koza Press website was posted yesterday (October 1) at 8:27 p.m. local time. It may have some bearing on Ms. Slavina’s death.

The investigative directorate of the Russian Investigative Committee’s Nizhny Novgorod regional office has launched a politically motivated criminal investigation against entrepreneur Mikhail Iosilevich, who has been charged with violating Article 284.1 of the criminal code (“activity in the Russian Federation on behalf of a foreign or international non-governmental organization that has been ruled an undesirable organization in the Russian Federation”). A copy of the document confirming this fact has been made available to Koza Press.

In particular, Mr. Iosilevich is accused of the fact that, on September 2 and 3, lectures for election observers from the Yabloko Party were held in his premises (That Very Place, on Gorky Street), lectures that were twice disrupted by the police. According to investigators, activists from the Open Russia movement organized the lectures. Previously, That Very Place was a venue for discussions of current political problems in Russia, for which Mr. Iosilevich was twice charged with and convicted of administrative offenses.

2 thoughts on “Irina Slavina: “I Ask You to Blame the Russian Federation for My Death””