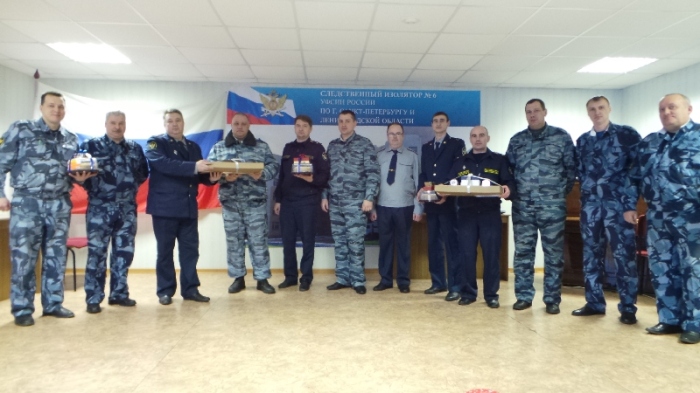 We just visted Russian Federal Penitentiary Service Remand Prison No. 3 and learned that Viktor Filinkov was transferred to Remand Prison No. 6 the day before yesterday. Members of the Petersburg Public Monitoring Commission have no access to this prison, because it is located in Leningrad Region.

There are one hundred inmates per cell in Remand Prison No. 6, and there have been many complaints that “pressure cookers” are employed there.*

There are reasons to believe that Viktor may be tortured again.

UPDATE. Alexander Gennenbereg and Anna Osnach, wonderful members of the Leningrad Region PMC, have been to Remand Prison No. 6. Viktor is still in “quarantine,” a cell for sixteen inmates. There were no signs he had been beaten, nor did he say he had been beaten. Prison staff told the PMC members Viktor would be transferred from the quarantine cell on Monday.

We do not know the formal grounds for his transfer to another remand prison.

In fact, Viktor was transferred yesterday morning, not the day before yesterday.

We have to get Viktor out of there.

* My translation for the Russian prison slang term press-khata. According to Wiktionary, a press-khata is a “prison cell in which the wardens, with the help of cooperating prisoners, create intolerable conditions for inmates they do not like. ◆ ‘Cell No. 45 was considered a pressure cooker. The most notorious, murderous “bitches” were locked up there. If it was necessary to break someone’s spirit or just kill him, they were the people to turn to, since it was inexpensive. Often, a few packets of tea sufficed.’ Yevgeny Sartinov, The Last Empire, I: The Coup.”

If you have not heard about the Penza-Petersburg “terrorism” case and the related crackdown against Russian grassroots and political activists on the eve of the March 18 Russian presidential election, you need to read the following articles and spread the word.