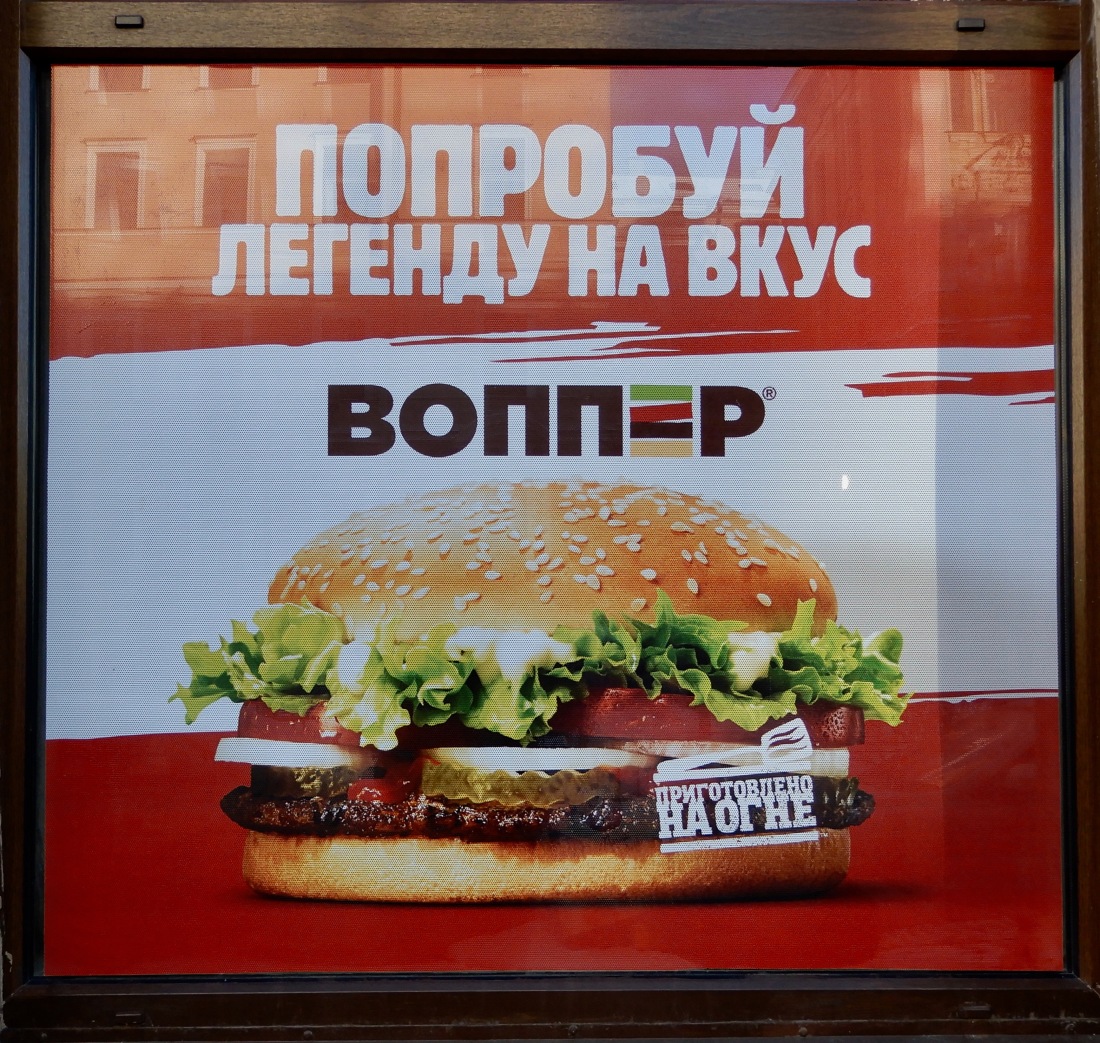 The two principal tasks of professional Russophiles today are 1) maintaining a stony silence on the subject of the Kremlin’s “intervention” in Syria; 2) repeating as often as possible the ludicrous claim that the US has been gripped by “hysterical Russophobia.”

Judging by what I have seen so far, Russophiles have been doing a crackerjack job carrying out their two principal tasks.

That the commission of these tasks puts them firmly on the side of the forces quickly destroying Russia itself is a matter beyond the competence of professional Russophiles, most of whom do not live in Russia. Nor would most of them want to live in Russia if presented with the opportunity. TRR I wouldn’t be surprised if, fifteen or twenty years from now, when the dust has long settled in Syria, the names of the dead have been forgotten by the entire world except the people still alive who knew them personally, and Russia has once again become a “newly emergent” democracy with a free press and free elections, an enterprising middle-aged Russian scholar sat down to write the history of our darker, troubled times and, if only in a longish footnote, made the patently false claim that most Russians had been vehemently opposed to the deposed dictator Putin’s barbarous bombings in Syria, and there even had been a broad-based albeit mostly low-key anti-war movement in Russia at the time. TRR 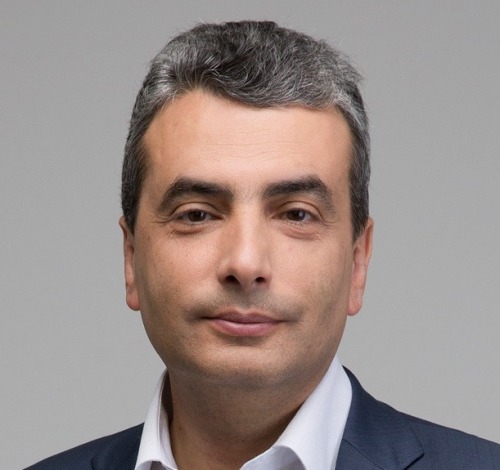 Public opinion polls are constant companions of politics and national election campaigns. In democratic countries, polls are reflections of the public discourse surrounding politicians, ideas, political platforms, and conflicts. They echo public opinion in all its fullness and thus facilitate the public discourse itself regardless of who is involved in it: the authorities, the opposition or society at large. In twenty-first century Russia, political pollsters have a different job. They are tasked with persuading society the regime is terrific and everything (or nearly everything) is going great. During elections, they are supposed to generate the illusion of nationwide support for the authorities.

Polling is a tool of political manipulation in the hands of bureaucrats. Polling data is meant not merely to testify to broad support for the authorities but also to persuade dissidents they are few and far between, to discourage them and sap them of their will.

There is a whole set of techniques behind manipulating public opinion. The findings of public opinion polls, allegedly obtained scientifically, by means of formal research methods, are supposed to convince people of their objectivity and impartiality.

Honest political polling and sociological research is something that goes on in free, democratic societies. When answering questions on a questionnaire or taking part in a group or individual focused interview, a person should be sure she can speak openly and safely, even when she criticizes the authorities.

Fear is the enemy of honest polling. In authoritarian and, especially, totalitarian societies, people are afraid of making critical statements with their names attached to them, whether that entails filling out a standardized questionnaire or answering a question openly and at length. The classic set-up is when the interviewer knocks on someone’s door or comes up to someone on the street and asks, “How would you rate Vladimir Putin’s performance? Do you support him completely, partially or not at all? To ensure the quality of our poll you may get a follow-up telephone call. Please give me your name and telephone number.”

How do you think approximtely 86% of respondents would behave? Well, that is, in fact, how they behave: by giving the “right” answer.” There are many examples of this.

Now put yourself in the shoes of rank-and-file Russians, who are regaled round the clock with tales of Putin’s 86% popularity rating by all manner of mass media: TV, radio, newspaper, the internet.  People who do not agree with the authorities but are not experienced in the nitty-gritty of politics will imagine they belong to an obvious, hopeless political minority. They are social outcasts, virtually bereft of kindred spirits.

This is the impression the people behind such political pressure polling want to achieve. A picture of absolute political domination stifles a person’s will and reduces his willingness to voice his stance and take action. This extends to getting involved in politics and voting in elections.

When a person feels insignificantly small, she is made tired and exhausted by the very feeling of her smallness and insignificance. Thoughts of emigrating often occur to people who feel they are in the minority, trapped in a political ghetto.

Political pressure polling is a new means of combating dissent, of attacking the opposition.

VTsIOM recently reported that, according to the findings of an extensive telephone poll (one of the least reliable polling methods), 81% of voters plan to vote in the March 18 Russian presidential election.

Enthusiastic nationwide support is the dream of all dictators. As people who suffer from hypertrophied inferiority complexes, dictators compensate by demanding the entire nation love, adore, and admire them. This popular love must be constantly corroborated by public opinion polls and elections.

Under authoritarian regimes, all authentic democratic institutions are reduced to imitations and desecrations, and public opinion polls are very revealing instances of this.  The mirror of society is turned into a fake painted on a blank wall.

Political pressure polling performs another vital function by setting the bar for electoral fraud.  If the polls anticipate a voter turnout of 81%, officials at all levels will work to ensure an 81% turnout. If the polls say 70% of Russians support the so-called national leader, officials will encourage election commissions at all levels to ensure he takes home 70% of the popular vote.

A vicious circle is produced. One lies begets another, and the lies generate fear and violence. To top it all off, lies generate aggression. Public opinion research serves as a means of zombifying and corrupting public opinion.

Instead of a portrait of society, we see a caricature of society.

At the same time, the authorities lose society’s feedback. They do not know or understand what people think and want, sending themselves and the entire country into a dead end. In the absence of honest polling, the authorities and society are blinded. God knows where the road could lead if no one can see the road itself and no one understands where the country is headed.

Political pressure polling is a veil that conceals the truth of events from the authorities and from society. This is quite dangerous and can produce tremendous shocks.

Until the last minute, the dictator has no clue what people think about him. Then the moment of disaster dawns. On the eve of his overthow and execution, Nicolae Ceaușescu’s official popularity rating was 95%. It did not protect him, but rather hastened his terrible demise.

Currently, Russian society lacks a reliable map of public opinion, because fear has paralyzed many people, and because when the authorities pimp an honest profession, far from all of the people who practice it remain faithful to its standards. Doing so is difficult and takes great courage.

Enveloped in such darkness, we need to understand a few things.

First, it is impossible to stop the course of history. An unfree society will yield to a free society. Our responsibility is to go in the right direction.

Second, the less the authorities know the truth, the sooner the regime will come to an end. It takes time and patience.

Third, in order to know and understand the truth, it is enough to ask yourself, “What do I think? What do I believe? What are my convictions?” Under no circumstances should you give up on yourself.

The job of free people in today’s Russia is not to lose face.

Ultimately, it will change the face of the entire country.

Thanks to Comrade Preobrazhenskaya for the heads-up. Translated by the Russian Reader