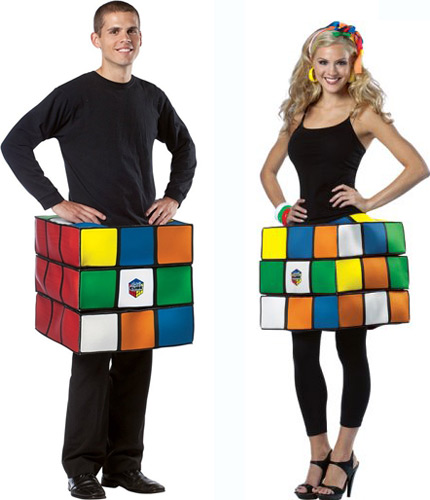 Instrument Failure: Why It Is Hard to Trust Rosstat’s Data on the Recession’s End
Sergei Aleksashenko
RBC
February 6, 2017

Over the last year, Rosstat has ceased publishing a number of important indicators for judging the economy’s real performance.

The other day, Rosstat published its updated assessment of the Russian economy’s performance over the past two years. Strictly speaking, there is nothing surprising about the fact that Russia’s official statistics agency amends its previously published assessments. It happens constantly in other countries, too. The fact is that the initial assessments, which are released a month or a month and a half after the the end of the latest quarter, are derived from on-the-spot information that is subsequently corrected.

A Rubik’s Cube
But what is really surprising is that, according to the updated view of Rosstat’s statisticians, the economy’s performance over the last two years was significantly better than had been thought. Rosstat now claims that, in 2015, Russia’s GDP decreased only by 2.8%, rather than 3.7%, as indicated in earlier assessments, and that 2016 basically saw no decrease whatsoever. This new take has been a surprise to everyone, including the Economic Development Ministry, whose experts have said they don’t understand why Rosstat has so radically revised its own assessments. They have been seconded by experts at Vnesheconombank (VEB), which nowadays employs a large team of macroeconomists led by ex-deputy economics minister Andrei Klepach. Rosstat’s assessement has also been a surprise to the prime minister and president, who have expressed no joy the economy had been doing much better than they thought only a couple of weeks ago.

As in many other cases, the different indicators in GDP figures do not exist in isolation from one another. They are closely linked, and it is almost never possible to change one of them without changing another. In very simple terms, it looks like this. GDP is the sum of the added value produced in different sectors of the economy, such as industrial manufacturing, agriculture, transportation, finance, etc. If the figures for manufacturing have suddenly improved or deteriorated, then, with all other things being equal, the figures for GDP should change just as much. But in addition to a manufacturing element in GDP, there is an end use element in GDP, which shows the level of demand for what the economy produces. In this case, the factors of demand are the populace, the state sector, nonprofit organizations, accumulation (investment and inventories), and net export (the difference between exports and imports). If the figures for manufacturing have deteriorated, not only should the total amount of GDP change but one of the components of demand should change as well, meaning we should be able to understand not only what manufacturing sector produced more added value but also who paid for it.

But that is not all. There is a third component of GDP, sources of income: added value divided by household income, net taxes (on manufacturing and imports), the gross operating surplus, and mixed income. That is, after we have determined from GDP figures for manufacturing who has produced more, and from figures for use who has bought what has been produced, the figures on sources of income tell us who earned money from this. It is a kind of Rubik’s Cube, which has only one correct (objective) combination. We see it clearly at once, just as see clearly when the cube has not been put together correctly.

The Quarterly Maze
There are other subtleties in GDP figures. For example, one of the big problems is calculating GDP in real terms, that is, adjusting it for inflation. Rosstat publishes deflators for individual sectors and, naturally, when they are used with sector-specific nominal data, the grand total should converge. So everyone has a good sense of the state of the economy, Rosstat should assess each quarter’s GDP performance in terms of the previous quarter. We are well aware that the first quarter, in which half of the month of January is taken up by holidays, and cold weather puts a halt to many kinds of work, bears no resemblance to the third quarter, when the weather is warm and the harvest is underway in the countryside. Nor does it bear any resemblance to the fourth quarter, when builders are trying to bring on line as many completed (or almost completed) buildings as possible, and the government spends at least twice as much money from the budget as in other months. When all these things are factored out, we arrive at the most important indicator, which tells us how things stood in the previous quarter.

Don’t laugh, but Rosstat has not published this figure since April 2016. At the recent Gaidar Forum, I needled one of the heads of Rosstat to find out why this had been happening. For fifteen minutes, he tried to persuade me I had simply not been able to locate the right table on his agency’s website. Rosstat’s website leaves a lot to be desired, of course. To fish out the right information, you sometimes have to spend an hour or two figuring out the poorly organized databases. In this case, however, I insisted the information was simply not there. A couple of days later, I received a letter from Rosstat saying that, indeed, Rosstat did not calculate this figure and did not know when it would be doing so again.

That alone is enough to take Rosstat’s published data about the Russian economy’s improved performance at less than face value. If we add to this the fact that Rosstat stopped publishing monthly investment figures in the spring of last year, and announced in November that revised figures for the manufacturing sector’s performance (figures that would, of course, be revised upwards) would be published only in the spring, it becomes obvious that Russia’s official statisticans cannot actually put the Rubik’s Cube together, and they don’t really know what is going on with the Russian economy. Meaning that all the instruments that should be telling us where the ship of our economy is sailing and how fast it is sailing there have failed.

The Secret GDP
I don’t want to argue the problem I want to touch on in my conclusion prevents Rosstat from adding everything up correctly. I suspect there are many more problems, and I fear that even the heads of Rosstat are not aware of all of them. But we cannot avoid talking about the fact that vast amounts of data relating to the work of the military-industrial complex and the security agencies are classified.

In fact, if this secrecy keeps anyone from understanding anything, it is the Russian authorities and Russian society. When it receives classified information, Rosstat has to hide it amidst its tables in such a way that not a single spy will guess it is there. To do this, Rosstat inevitably distorts the performance indicators for different sectors, adding something here, and trimming something there. But since hiding the truth from spies is much more important than telling the truth to Russian society, don’t shoot the piano player, as they say, for the poorly assembled Rubik’s Cube. He is playing as well as he can.

If you think about it, it is obvious the financial figures for the military-industrial complex’s performance are no state secret. The technical specs of weapons, the technology used to produce them, and, maybe, their locations can be secrets, but not the amount of money spent on their procurement (the classified section of the budget) or the amount of added value generated by the military-industrial complex.

I am confident that under the current Russian president we should not expect any progress in declassifying these figures. That was not what he was taught at the Higher School of the KGB. Since that is so, we are unlikely to find out in the coming years what is up with the Russian economy.

Sergey Aleksashenko is a senior fellow at the Brookings Institution in Washington, DC. Translated by the Russian Reader. Image courtesy of liketotally80s.com

One thought on “Lies, Damned Lies, and Statistics”