The Vesna (“Spring”) Movement has continued its Summer of Friendship campaign for peace between Russia and Ukraine.

The organizers claimed that members of the public dropped over two hundred “freedom postcards” into a special mailbox during the event. Our correspondent estimated that the number of postcards submitted was closer to one hundred.

“All the letters will be sent shortly to the addressees. Our colleagues in Kyiv and other cities will help us deliver them. We want to remind both Russians and Ukrainians that we are a fraternal people and must remain this way. We have many things in common: history, culture, family connections—everything but politicians. And we must overcome hatred together!” Vesna’s press secretary Anton Gorbatsevich explained in a letter to our correspondent. 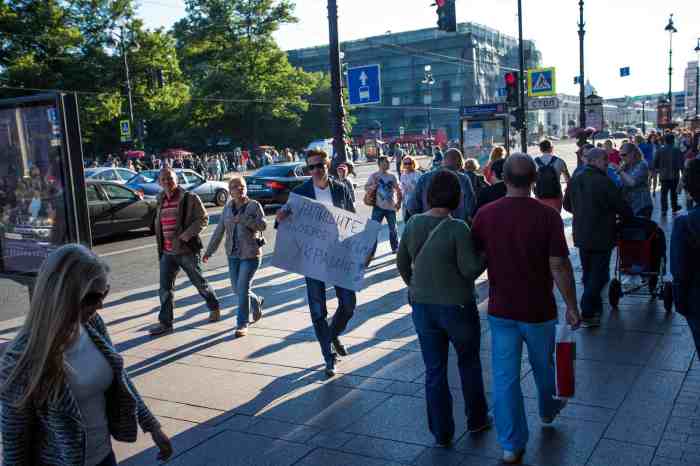 Similar actions took place in Krasnodar and Tomsk, and another such event has been planned for Voronezh in a few days.

One thought on “Summer of Friendship Campaign Continues in Petersburg”