Residents of Surgut who oppose construction of a bus station near the Griboyedov Interchange carried out a flash mob in which they tried to “hug” a forest park slated to be cut down to make way for the construction site. Over three hundred people took part in the protest, reports Nakanune.ru. Residents literally formed an makeshift human shield to protect the green zone. 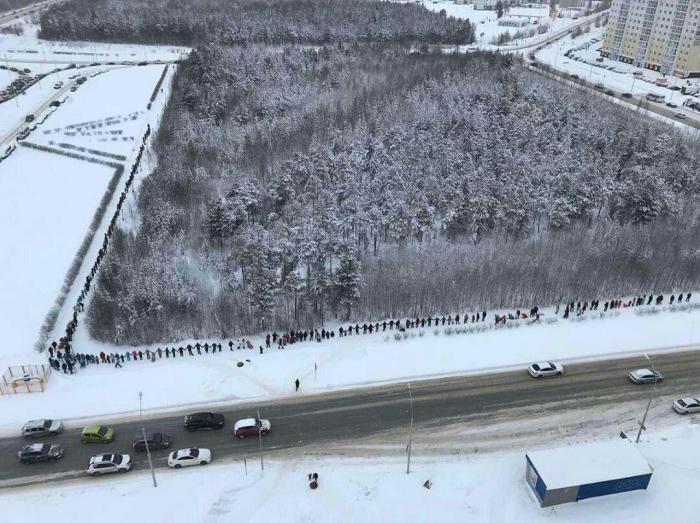 Residents of the 38th, 39th, 40th, and 41st districts joined hands and formed a circle around the forest park, where a bus station is scheduled to be built.

“Surgut residents have protested against construction of the new facility. Many of them are certain it will lead to gridlock on that section of the highway, as well as destroying trees,” said one of the protesters.

On November 11, the Surgut Investment Council approved construction of a new bus station near the Griboyedov Interchange. The investor is Nizhnevartovsk Passenger Transport Company No. 1, which has committed itself to building the new station, investing over 200 million rubles into it.

As Federal Press reports, residents of the neighborhoods near the interchange met with Surgut Deputy Mayor Alexei Zherdiyev on November 15. During the meeting, residents voiced their fears about the new facility. They argued tat the planned construction would make traffic in the area even worse. They also said that the forest slated to be cut down is a place where many of them go to walk and relax. Zherdiyev assured them that, since two roads were now being built in the area, and funds for another three roads were being raised, this would reduce traffic at the existing interchanges. He also announced the creation of the Quantorium Technology Park and reconstruction of a local park. However, he gave no exact or approximate deadlines for the projects. 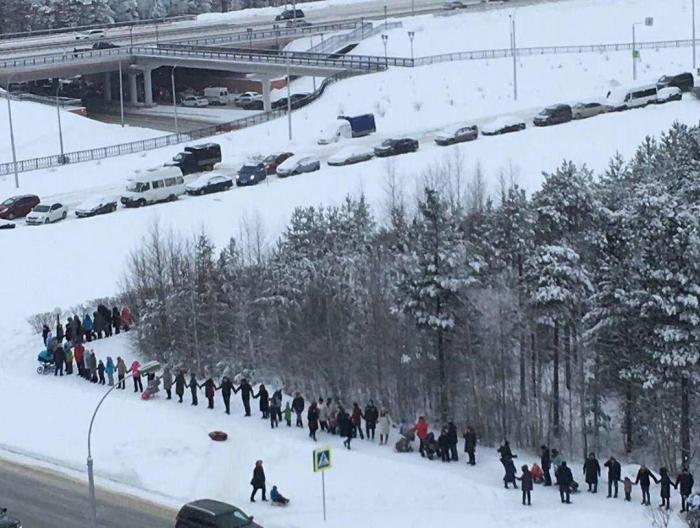 “The flash mob against construction of a bus station near the Griboyedov Interchange has shown me two things. First, the residents of Surgut are strong, tight-knit people who love their city. I deeply respect you for that. Second, we have not talked enough about the project itself, so there has been a lot of speculation and rumors. We are going to be more proactive in informing the populace about plans to develop Surgut’s infrastructure. We are often rightly criticized for the quality of roads and some new decisions. But all changes require thoroughness, dialogue, and sometimes compromise. I invite you to discuss the issue of the bus station together. I have ordered my aides to schedule a meeting with residents,” Shuvalov wrote on social media.

Photos courtesy of Agit Rossiya and Activatica. Translated by the Russian Reader