Communism: Streets Made of Sugar, July 1, Berlin-Halensee. Photo by the Russian Reader 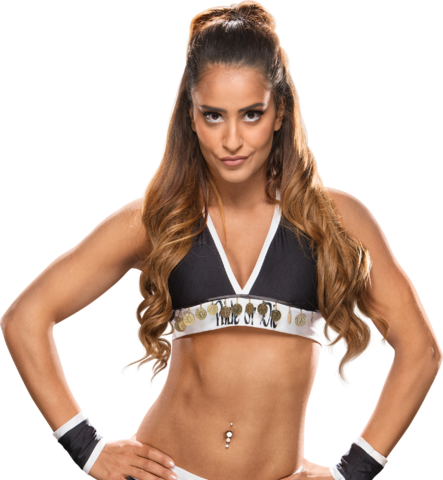 It’s really unpleasant to discover that, for no apparent reason and unbeknownst to you, you have been unfriended long ago by someone you really did think of as a friend,

The funny thing is that, two years ago, I translated a dozen or so pages of essays and other documents this particular friend needed for their Fulbright application. I did all of this work literally overnight, with almost no advanced warning.

The friend didn’t think to offer me any money or anything else for my work, but when they did, in fact, get the Fulbright, they suddenly popped up again to ask for free English lessons.

Since I haven’t heard word one from them since then, I assume they and their family stayed in the States.

What happened to the film I had been helping them make for several years is for me to wonder alone about, too.

This is a lesson I should have learned the hard way when A.S. and I held what proved to be a truly savage and unpleasant “solidarity evening” for our old friend the artist B. in 2008 after he was deported from Brexitland, where he had applied, quite sincerely and on impeccable legal grounds, for asylum as a gay man whose life was threatened in his home country.

All three of us were roundly denouced by the rather odd audience in attendance at the erstwhile artists squat Pushkinskaya 10 (now a municipally subsidized arts center) for advocating the international human rights approach to asylum seeking.

The thing to do, we were told in no uncertain terms, was to trick your way into the promised land of your choice by hook or by crook, not to openly apply for asylum and get mixed up with the allegedly politically dodgy types (i.e., anarchists and other No Borders activists) who support asylum seekers in other countries.

Meanwhile, my wife’s cousin M., who up until a few months ago showed no interest in their late grandfather and his Jewishness, has suddenly decided to make Aliyah. The only problem is that his cousin, my wife, is the only living member of the family who knows anything about their grandfather, his Jewishness, and Jewishness in general, and who has kept anything she could pertaining to her grandfather’s life, because she loved him, and because she finds her fascinating multi-ethnic family’s history fascinating.

I am going to go out on a limb here and say that politics in Israel has been badly skewed  to the hard right by the huge influx of “Russian Jews” who emotionally, religiously, philosophically, and technically speaking had about as much business making Aliyah as I, a third-generation Scandinavian American, would have.

Naturally, since they have no real business being there or, rather, since they know they fudged their way into the country, they are even more resentful of the Palestinians, the natives brutally shunted aside to make room for their illegitimate millions.

This has been borne out by Likud’s strangehold on power in alliance with Avgidor Lieberman and the other radical right politicians heavily supported by immigrants from the former Soviet Union.

The only way out of this impasse is to declare Zionism a “triumphant failure” that did the job it set out to do when circumstances for Jews in the world were desperate. Now that they are much less desperate, Zionism, like “communism” in its own time, can phase itself out, giving way to a single Israeli-Palestinian state where everyone would learn Arabic and Hebrew at school, and to which anyone in the world would be eligible to immigrate if they chose to do it.

Of course, it would be a big mess, but it would also be a lot more fun than the current US tax payer-subsidized disgrace in Israel-Palestine.

But what to do about the alleged right of Russians to immigrate anywhere they choose by any means necessary when, in their majority, they themselves refuse to acknowledge the same rights for non-Russians? Spend enough time in these parts and you will realize that really large numbers of Russians do think quite sincerely and distressingly that Muslim, Asian, and African riffraff should not be allowed to live in their precious spiritual homelands of North America, Western Europe, and Israel, and certainly not in their beloved-and-hated Motherland itself.

I have no cheeky pie-in-the-sky solution to this racist silliness. I do know, though, that it had something to do (minus the racism) with why I lost a real friend. {TRR}

The CPRF members have suggested reopening the Lourdes SIGINT Station and deploying missiles on the Island of Freedom to protect the interests of Russian and its allies in the Collective Security Treaty Organization.

The MPs thus propose responding to a Reuters report that the US plans to deploy HIMARS rocket launchers in southeastern Turkey in May.

“First of all, we are talking about deploying Russian rocket launchers of a similar or even greater range in Cuba. Also, an asymmetrical response to Washington by way of reactivating the SIGINT station in Lourdes seems appropriate,” the MPs write in their appeal.

The head of the CPRF Central Committee called the feast of Christ’s Resurrection an “amazing, wonderful holiday” that “is in no way at odds with workers’ solidarity.”

CPRF leader Gennady Zyuganov confirmed that the Communists do not intend to forego involvement in May Day rallies despite reports that they might be cancelled in a number of Russia’s regions due to Easter.

“Official processions are cancelled, but as for public organizations, no Aksyonov [head of Crimea Sergey Aksyonov] can cancel them,” Zyuganov told TASS.

He recalled that May 1 is International Workers’ Day, a holiday that “came into being in defense of working people’s rights,” and is an official holiday in the Russian Federation.

“And no administrator can cancel this holiday,” argues the leader of the Communist Party.

“Workers have no other way to defend their rights except solidarity. They have every right to gather on May 1 and voice their opinion. We are going to be involved in these events, and our Crimean organization will also be involved,” said Zyuganov.

As for Orthodox Easter, which this year also falls on May 1, Zyuganov called the feast of Christ’s Resurrection an “amazing, wonderful holiday” that “is in no way at odds with workers’ solidarity.”

“Because Christ was the first communist in modern history. He raised his voice for orphans, for the needy, for the sick, for the wretched, for everyone who had it bad. In this sense, if he were alive, he would be marching with us,” said the head of the Central Committee of the Communist Party of the Russian Federation.

Earlier, the head of the Republic of Crimea Sergey Aksyonov* said that Crimean authorities would not be holding official May Day demonstrations and rallies due to Orthodox Easter.

“This year, May Day coincides with the Easter holiday. Many of us will be spending the night before May first in churches at Easter services, and many will be celebrating the Holy Resurrection of Christ with their families. The authorities of the Republic of Crimea are not planning May Day demonstrations and rallies this year. There will not be any official celebrations. But people may decide for themselves how they will celebrate the Holiday of Spring and Labor,” Aksyonov said in a statement released by his press office.

The media have also reported the trade unions of Surgut and Tambov have decided not to hold May Day events for the same reason. May Day rallies in Russia have usually been organized by trade union organizations, mainly the Federation of Independent Trade Unions of Russian (FNPR), which has nearly twenty million members.

Translated by the Russian Reader. Image courtesy of Jesus Wallpaper

* Sergey Aksyonov has led efforts to stamp out dissent among ethnic Crimean Tatars over the annexation, saying “All activities aimed at non-recognition of Crimea’s joining to Russia and non-recognition of the leadership of the country will face prosecution under the law and we will take a very tough stance on this.”

Aksyonov says homosexuals “have no chance” in Crimea, and that “we in Crimea do not need such people.” He also promised that if gays tried to hold public gatherings, “our police and self-defense forces will react immediately and in three minutes will explain to them what kind of sexual orientation they should stick to.”