Life in Russia changed forever on February 24th 2022 — and The Moscow Times has felt this to its core. As the Russia-Ukraine conflict continues, sinking Russia further into isolation not seen since the Soviet era, it is more important than ever to keep independent reporting alive.

The Moscow Times has operated from Moscow for the past 30 years. As Russia’s oldest independent English-language media, we have always worked to give the world an unbiased perspective on Russian life and politics.

But as Russia has tightened its grip on the free press — punishing those who call the war “war” with prison — our team has had to leave the country.

Amid the crackdown as well as a flood of disinformation exacerbated by hundreds of journalists fleeing Russia, it is more important than ever to provide the global community with accessible and informative stories about the region and offer a nuanced view free of stereotypes and prejudices.

Despite the unprecedented challenges, The Moscow Times continues to cover Russia – but we need your support.

We hope you will support us on this difficult journey!

Source: Moscow Times email newsletter, 17 March 2022. Please consider pressing the link to the newspaper’s donations page, above, to support their vital mission. You can use a credit card or PayPal to make your donation. I used the latter, and it took me less than a minute to donate. To remind you of the great work they do, I’ve attached a recent story to this blog — as I’ve done several times over the last fifteen years on this post, especially when their now-defunct sister newspaper in Petersburg was still operating. ||| TRR

She Signed an Open Letter Calling for Peace. Then Got Fired.
Russians who signed petitions against Russia’s war in Ukraine are losing their jobs.
Jake Cordell
The Moscow Times
March 3, 2022 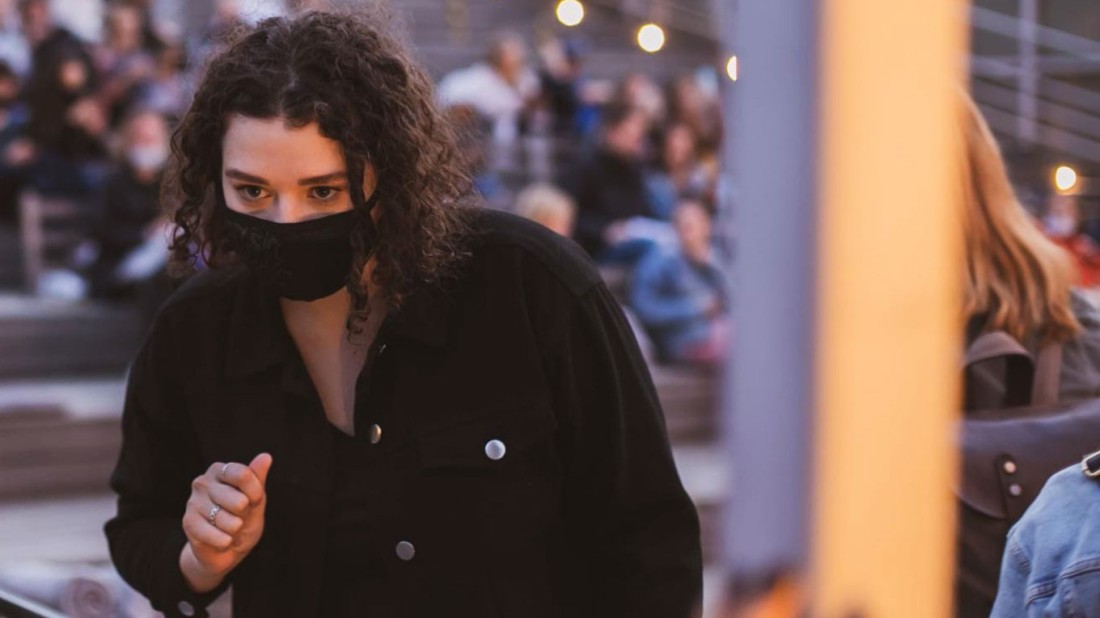 Like many people around the world, Yekaterina Dolinina woke up on Feb. 24 to a barrage of notifications and messages on her phone.

“I couldn’t immediately figure it all out. It probably took about 15 minutes to process everything,” the 29-year-old director of two central Moscow cinemas told The Moscow Times.

“But then I realized what it meant. Then the pain came immediately. I felt scared and anxious.”

Russian President Vladimir Putin had just given a pre-dawn address to the nation announcing the start of a “special operation” in Ukraine — an aggressive war on Russia’s pro-European neighbor that has killed thousands, including civilians and children, in its first week.

“I didn’t understand what to do next. How could I go to work like nothing had happened? How could I carry on living my life,” Dolinina said.

The next day, she added her name to an anti-war petition — one of dozens of open letters from different professional spheres addressing Putin and calling for him to back down. Dolinina signed one circulating among cultural and artistic professionals. Similar letters were signed by economists, teachers, doctors and a number of other groups in what has grown into a sizable show of opposition to the war.

On Monday, she was hauled into an early-morning meeting by her employers — the MosKino cinema hall — and given a choice. Make a public statement saying that your name was added by mistake, or quit. If she refused to go of her own accord, she said, her bosses threatened to make her dismissal “very unpleasant.”

MosKino did not respond to a request to comment.

“I didn’t waver over signing it and I don’t regret it. But I didn’t expect that it would result in forced dismissal,” Dolinina said in an interview.

“I knew, as somebody working in a cultural institute connected to the government, that if I was detained at a protest or posted something aggressive on social media I could get fired. But I never guessed it would happen for signing an open letter calling for peace.”

“But that’s a sign of the new world we’re all living in now.”

While the Russian military wages war abroad, the government has stepped up a campaign of censorship and repression at home. Independent media outlets are threatened with being blocked or fined from calling Russia’s war in Ukraine a “war” or “invasion.” Russia’s media watchdog blocked the websites of two leading independent broadcasters — radio station Ekho Moskvy and the Dozhd television channel — for flouting those rules.

A law under consideration in Russia’s parliament — that could be passed as early as Friday — would make publishing what the Russian government deems “fake information” a criminal offense, punishable by up to 15 years’ imprisonment.

On the streets, anti-war protesters have been met with a tough police resistance, with almost 7,000 people detained in a week of small-scale rallies and demonstrations in cities across the country.

“They said that it wasn’t their choice, that they had tried to protect me. But the order came from above. They couldn’t do anything about it,” Dolinina said of her forced resignation.

In text messages seen by The Moscow Times, her employers wrote in a company-wide chat later that day: “Dear colleagues. Please refrain from making posts about political topics on Facebook, and do not add flags to your profile picture.”

In Russia, forced dismissals are not a new tactic as retribution for political dissent. Last year, the Moscow metro reportedly fired dozens of workers for signing a petition in favor of jailed Kremlin critic Alexei Navalny.

And amid the current war, Dolinina’s case is not unique. Many Russians — especially in the arts and cultural space — have reported being forced to resign in recent days from their work after coming out publicly against the war in Ukraine.

Others are resigning and packing up of their own accord, unwilling to stay in a country at war and facing a devastating economic crisis and unprecedented international isolation.

“I thought about leaving,” said Dolinina. “But even though it hurts to follow what’s happening in our country at the moment, this is a place where I’ve invested lots of love and energy.”