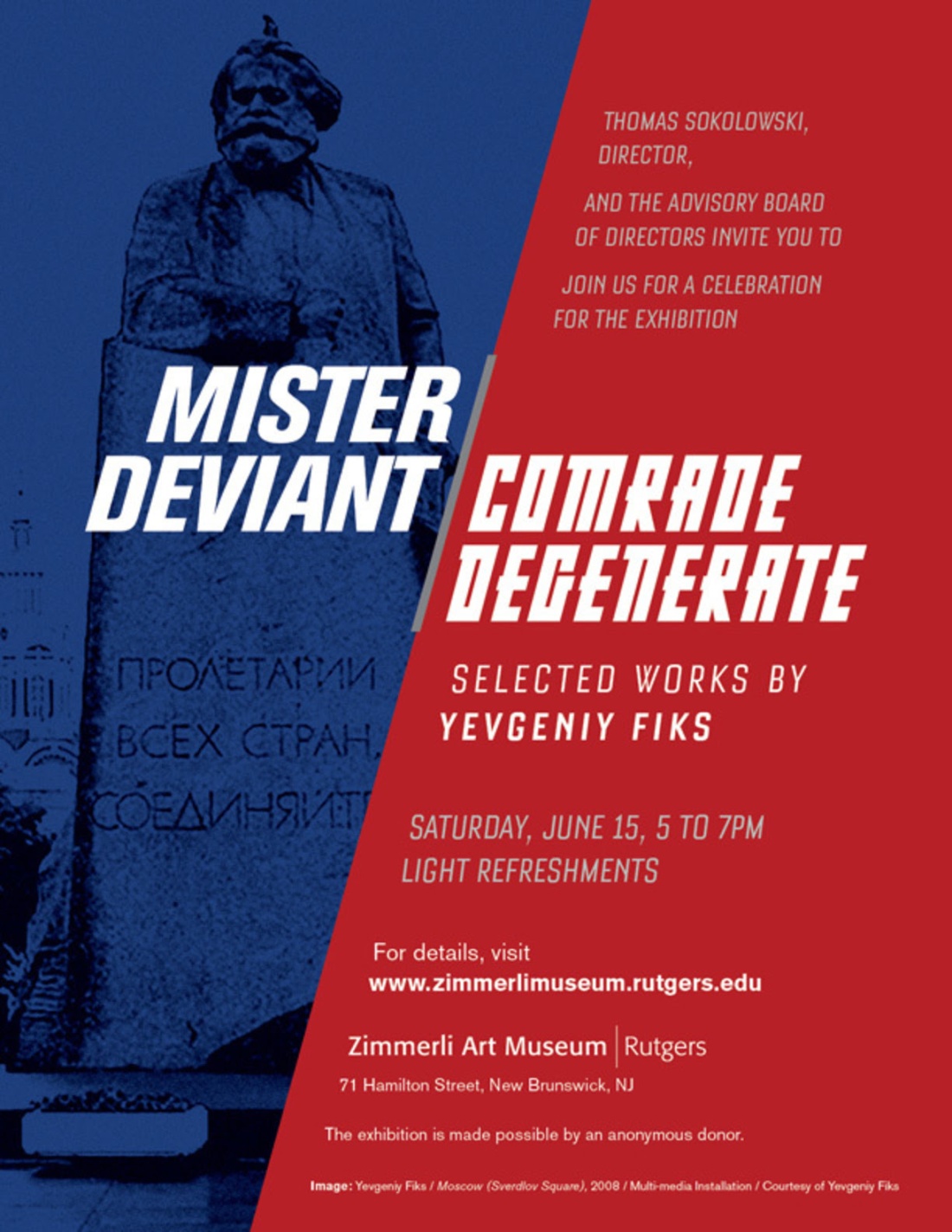 Within the United States and the Soviet Union during the Cold War, political, sexual, and artistic nonconformists were conflated and viewed as dangerous internal enemies that terrified the insecure and paranoid governments and societies. The political deviant, the sexual outlaw, and the uncensored artist became the shared “others” for the Cold War-era Soviets and Americans, a problematic political legacy that still resonates today.

This exhibition offers a lesson in history for twenty-first-century societies and confronts the instrumentalization of homophobia, anti-liberalism, and anti-modernism as tools of propaganda and ideology in both the United States and the Soviet Union during the Cold War—providing a learning tool through which we can critically examine contemporary developments in world politics and societies. It explores the Cold War era’s persecution of various nonconformist groups on both sides of the ideological divide, including political dissidents, queers, and avant-garde artists, who remain targets of contemporary witch hunts all over the world.

Ranging from dry factuality to humor and farce, the exhibition begins with a series of prints and photographs titled “Homosexuality is Stalin’s Atom Bomb to Destroy America,” highlighting the interlocking histories of the “Red” and “Lavender” scares during the McCarthy era in the United States, when anti-Soviet and anti-gay sentiments were fused together in the Cold War witch hunt rhetoric. Pundits and government officials went as far as envisioning a sinister conspiracy: the Soviet Union is promoting homosexuality as a tool to destroy America. At the same time, the federal government purged homosexuals that it employed, calling them “security risks”—vulnerable of being blackmailed by Soviet agents into working for them. Ironically, in the Soviet Union, the ideological enemy of the United States, homosexuality was officially criminalized after 1934—with a prison sentence of up to five years—and stigmatized and tabooed as an anti-Soviet “capitalist degeneracy” that comes from the foreign and “decadent West.”

Born in Moscow in 1972, Fiks moved to New York in 1994. Since then, his multifaceted practice has bridged both worlds, exploring themes of memory, repression, and the legacy of the political Left in Russian society and the United States. Fiks’s engagement across time periods resonates strongly with the Zimmerli’s commitment to contemporary issues in art and its rich collection of Russian art from the Soviet period, as found in the Norton and Nancy Dodge Collection of Nonconformist Art from the Soviet Union.

Organized by Thomas Sokolowski, Director of the Zimmerli Art Museum