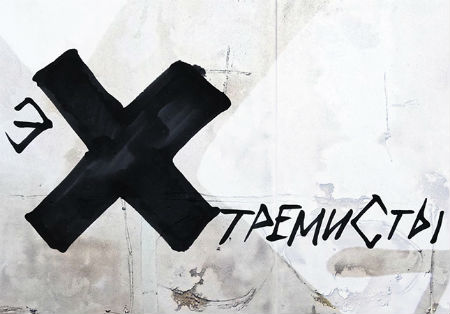 Hundreds of people throughout Russia are being prosecuted or have already been convicted for voicing their own thoughts, which the current regime does not like. The campaign against dissent has been masked as a campaign against “extremism.” Our video project’s goal is to acquaint you more closely with several so-called extremists. The FSB and the Interor Ministry have spared neither time nor effort in combating them.

Propaganda represents extremists as dangerous people, ready at the drop of a hat to segue to terrorism. Posters hung on billboards in Moscow call on citizens to identify “extremists” on grounds such as the desire to manipulate, megalomania, identification with a hero, a low level of education and culture, and a tendency to risky behavior and devaluing the lives of others. 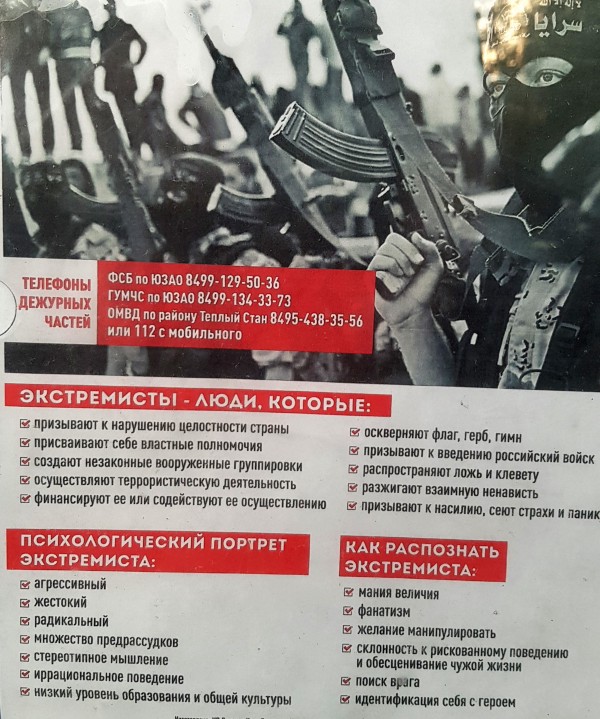 Do the subjects of our video project fit the propaganda portrait?

Krasnoyarsk resident Semyon Negretskulov really likes Scandinavia. His blog on the social network VK mainly dealt with Finnish history and modern life in Finland. When he posted a few texts about the Greater Finland project and historical photographs of Vybog (Viipuri) that was enough for the FSB to charge him with promoting Finnish greatness. His call to help political prisoners was also deemed extremism.

Boris Yakovlev, a musician from the town of Dno, believes that sooner or later a revolution will happen in Russia. People are poor, the authorities are thieves. When Prime Minister Dmitry Medvedev said Russia had exhausted its limit of revolutions, Yakovlev reacted like this, “Hey,  Medevedev, who exhausted it? You, the Rotenbergs, the Putins, the Chaykas? We haven’t exhausted our limit, Medvedev. He doesn’t want revolutions. Kiss my ass, Medvedev! He doesn’t want revolutions. But we want them to get rid of you Medvedevs and all the rest. What part of his body does this guy think with, huh?”

The FSB regarded this and similar posts as calls to extremism. Yakovlev would have been sentenced to five years in prison, but he did not wait around to hear the verdict and requested asylum in Finland.

Darya Polyudova decided to troll the authorities, who in 2014 demanded the federalization of Ukraine. Polyudova organized a March for the Federalization of the Krasnodar Region. As a result, she was the first person in the Russian Federation to be convicted of calling for federalism.

Alexander Byvshev, a teacher of German in the village of Kroma in Oryol Region has gone to court to face a third set of charges for poems he wrote in support of Ukraine, and a fourth criminal case is in the works. More frightening than the revenge of law enforcement agencies has been the reaction of his fellow villagers.

These are just a few of the many hundreds of cases of Russians who have been prosecuted for words, opinions, and reposts. You can find a collection of banned “extremist” content at  zapretno.info.

Per capita gross income by region in the Republic of Uzbekistan, January–December 2017 (in thousands of Uzbekistani soms). Screenshot of a page on the website of the State Statistics Committee of Uzbekistan

Uzbekistan: The Majority of the Populace Lives Below the Poverty Line

Let us take a closer look at the figures.

5.8 million soms ($712.6) annually translates into 15,900 soms ($1.95) a day. Per the UN’s standards, people who live on $1.90 a day or less are deemed to be living below the poverty line. Currently, approximately 760 million people worldwide live on such incomes. Whether inhabitants of Uzbekistan have been included in their ranks is not specified.

The population’s total incomes includes cash incomes and incomes in kind, and consists of revenues that are repetitive in nature: salaries, pensions, fees, income from self-employment, income from property, and so on.

Thanks to Sergey Abashin for the heads-up. Translated by the Russian Reader. Ferghana News is a leading source of news about Central Asia, and publishes in Russian, Uzbek, and English.