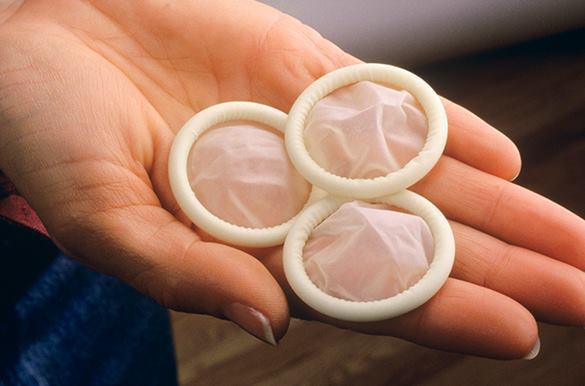 As Kommersant has learned, a scandal has erupted in the Education and Science Ministry over an online HIV prevention lesson for high school and university students. The people responsible for the internet project have refused to fulfill demands by officials to vet answers to users’ questions in advance, as well as their recommendations to “talk about morality in order to get away from slippery topics” and avoid such words as “condom.” It is still unclear how the lesson, scheduled for December 1, will be taught.

“The use of such innovative methods as open internet lessons at preventive events in educational institutions will help us cope more effectively with the existing problem,” Izvestia quoted the ministry’s stated position in 2015.

On November 2, a working meeting in preparation for the upcoming internet lesson was chaired by Larisa Falkovskaya, deputy director of the department for state policy on children’s rights at the Education and Science Ministry.

“For the first time in my life, a meeting at the Education and Science Ministry ended in scandal because of my fault. I refused to write the answers for those taking part in the online HIV prevention lesson,” said Sergei Bulanov, who is in charge of organizing the online lesson and heads the Center for Modern Education Technologies, a group of non-profit organizations engaged in educational and related projects.

According to Bulanov, the officials at the meeting deemed use of the word “condom” “unacceptable,” and consequently the meeting was adjourned.

Project organizers suggested to officials they give up the practice of using prepared answers in the video lesson and discuss issues of prevention in a playful way, for example, by arranging a rap battle between student teams from two regions.

“But we were told to talk about morality in order to get away from slippery topics,” complained Bulanov, adding, “The topic is ratherly widely represented in the school curriculum, but currently the Education Ministry has adopted a surprising stance, based on substituting HIV prevention, which is mostly a matter of personal hygiene, with lessons in moral values.”

Besides, Bulanov argues it is incorrect to equate the risk of infection only with antisocial behavior.

“Thirty percent of HIV-infected women were infected by the only sexual partner they ever had. Can we reproach them for antisocial behavior? HIV-positive teenagers who have been infected from birth did not lead an antisocial lifestyle.”

Vadim Pokrovsky, head of the Federal AIDS Center, argues the view it is better not talk to children about sex currently prevails in Russia.

“It is one of the reasons HIV has spread so widely in Russia,” he said.

“They did not come to us with this or consult with us,” our sources at the Health Ministry said.

“We will keep on working, focusing more on recommendations from specialists at the Health Ministry and Rospotrebnadzor [the Russian federal consumer watchdog] than on the client [i.e., the Education and Science Ministry].

The internet lesson will take place on December 1, 2017.

Translated by the Russian Reader. Photo courtesy of Pravda.ru

2 thoughts on “There Are No Condoms in Russia”