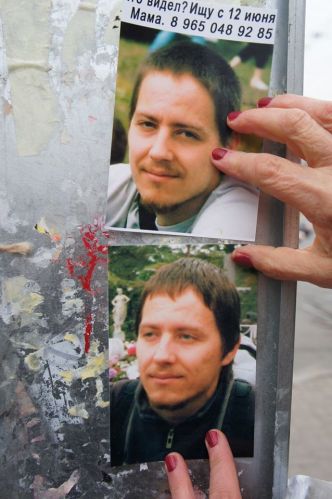 A mystical coincidence. The day before yesterday, I was waiting for a green light at a crosswalk on Prospect Prosveshcheniya, near the eponymous subway station. On the other side of the street, a woman whom I didn’t know was waving at me and yelling something through the traffic zipping past us. I crossed the street and went over to the woman. She told me she had mistaken me for her son, who had disappeared four months ago.

She showed me photos and told me the story of his disappearance and her guesses as to what had happened, each one gloomier than the last, ending with the surmise that her son had been lured to Donbass, where he had been killed. The cops knew about it, and so they were not trying to look for him. Her monthly apartment maintenance fee had been reduced, meaning the housing authority knew too, and so on.

I took pictures of the photographs she was pasting on all the poles in the vicinity, and said I would put them up on the Internet. Maybe somebody knew something and would get in touch.

The coincidence was that I was going that evening to an exhibition at Borey Gallery entitled “A Man Is Lost.”

I was sorting through the photos now and thought, What a contrast! On the one hand, beautiful young photographers and writers meditating on the condition of being lost, on outsiders, downshifting, and French clochards. On the other hand, poor helpless mothers, for whom no one has any use, clutching photographs of their lost sons on street corners in Russian cities, peering into the face of every man they meet wearing a hoodie and hoping for a miracle.

A rows of unmarked graves bearing numbers and the abbreviation UM, “Unknown male.” These are the ones who are really lost. It was a photo like this that was lacking at the exhibition.

Just in case, the surname of the man in the photos is Kairov. He is around thirty. His mother asked me not to write his given name. She was afraid con men would call her.

I met her near the Prospect Prosveshcheniya subway station, and she lives somewhere in the neighborhood, apparently.

She told me she had made the rounds of all the local hospitals (and, probably, the morgues, too).

She has searched for him among the homeless. Her son had once had a case of memory loss, so maybe something of the sort has happened this time.

She has written to the TV program Wait for Me [which helps people find lost loved ones — TRR]. She said that since the police were doing nothing and were not searching for him, she would travel to see Putin and get an audience with him. 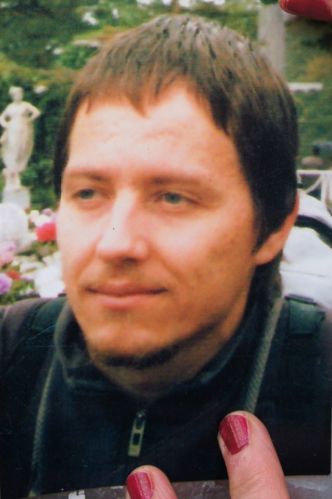 Sergey Yugov is a Petersburg photographer and videographer. I thank him for his kind permission to translate his story and reproduce his photographs here. Translated by the Russian Reader

P.S. After I posted this, Sergey wrote to say that there was a whole page on the Russian social network VKontakte, entitled “Person Missing,” featuring photos and notices of missing loved ones. 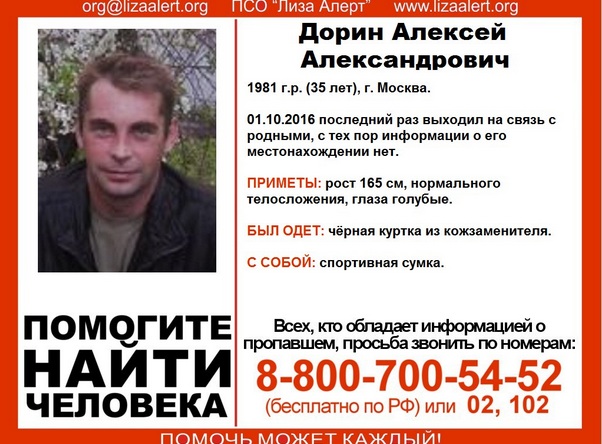 “Alexei Alexandrovich Dorin. Born 1981 (35 y.o.), Moscow. Contacted loved ones for last time on October 1, 2016. Since then there has been no information of his whereabouts. Description: 165 cm tall, normal build, blue eyes. Was wearing a black artificial leather jacket and carrying a gym bag. Help find this man. Anyone who has information about the missing person is asked to call +7 800 700 5452 (toll free in Russia) or emergency numbers 02 or 102. Everyone can help!”