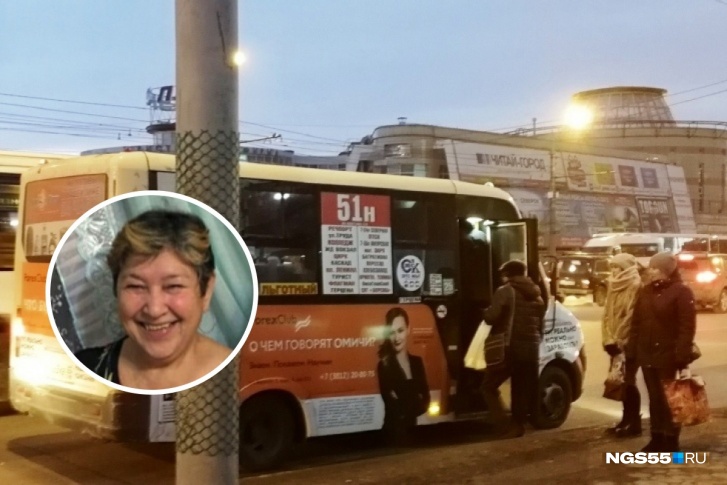 Male Jitney Passenger Hits Female Pensioner on Head for Speaking Her Native Language
He rudely demanded that the woman speak Russian, and when she refused, he punched her
NGS55.ru
September 24, 2020

On September 21, 66-year-old Lucia Timofeyeva was going home on the No. 51 jitney in Omsk. The ethnic Tatar woman was talking on the phone in her native language with a friend. But the ethnic Russian man seated behind her didn’t like it.

“I was talking calmly and quietly, my back turned to the window. I was talking to an old woman, and since she couldn’t hear well, maybe sometimes I spoke louder, I don’t know. The man tapped me on the shoulder, roughly, and said, ‘Either speak Russian or shut up!’ He was a tall palooka. I looked at him and said, ‘Go to hell! Why can’t I speak my own language?’ started talking again. He hauled off and punched me in the head. He was wearing knuckledusters probably because there is a bruise on my head and it still hurts,” the pensioner told NGS55.ru.

Timofeyeva threatened to report the man to the police, but he got up from his seat and was ready to continue the dust-up. Frightened, the woman decided to calmly travel to her stop. However, the aggressive man got out of the bus with her. She recognized her assailant as a forty-year-old gardener at the local gardening co-op.

“My relatives decided that we should not the matter go. I wanted to calm down, though. My daughter took me to the police, and they took my statement, but told me to wait until the district police officer returned from sick leave. I still need to gave my injuries officially certified. I have a bruise. It hurts especially when I comb my hair,” the woman said, adding that her family wanted to deal with the assailant themselves, but she dissuaded them, hoping for a legal resolution to the situation.

The press service of the interior ministry’s regional office confirmed to NGS55.ru that Lucia Timofeyeva had given them a statement.

The woman added that she had never been in such situations in her life, nationalism was alien to her, and she had had an ethnic Russian husband. All she wants from the man who assaulted her is for him to admit his guilt and apologize to her. So far, however, he has not taken any action.

“I sometimes get on the bus and Caucasians and Armenians are speaking their own languages. Would he have said anything to them, I wonder? I don’t think so. He would have kept his mouth shut. But he was quick to raise his hand against a woman,” she noted.

Thanks to Elena Vilenskaya and RFE/RL for the heads-up. Translated by the Russian Reader

One thought on ““Either Speak Russian or Shut Up!””