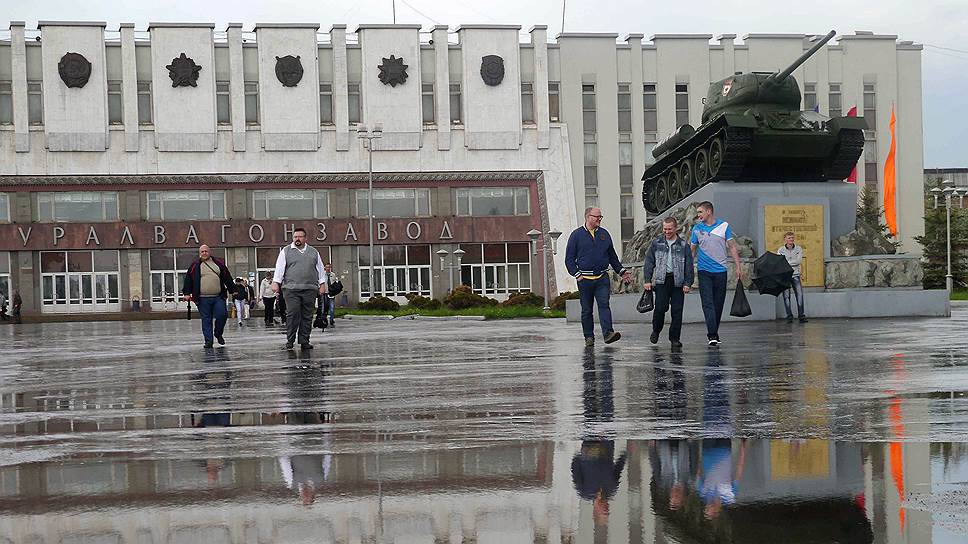 Front entrance of the famous Uralvagonzavod Factory in Nizhny Tagil. Courtesy of Vasily Shaposhnikov and Kommersant

Capitalism kills. Overwork, wage cuts, nasty managers, and the lack of a clear future drive workers to kill themselves.

On the morning of February 19, 2019, in Nizhny Tagil, Sergei Chernykh, a young worker, left his boss’s office, put a noose around his neck, and jumped off a raised area, damaging his spine and suffocating in mere seconds. Arriving on the scene, an ambulance crew (who, to top it all off, were not immediately let into the factory) were powerless to save his life.

The situation in Nizhny Tagil is not merely rough but bloody. Chernykh’s suicide was the fifth suicide in the past year by a worker at the Uralvagonzavod plant.

There have been several dozen similar incidents, but Chernykh’s death stands out from them in that he committed suicide at his workplace.

Chernykh could not bear life’s hardships and so he parted with it right on the spot. Whether he meant it or not, he thus focused the public’s attention on the outrageous working conditions endured by Uralvagonzavod workers.

The plant’s press service has not yet commented on the case, but it is obvious the increasing incidents of suicide have been caused by deterioration of socio-economic conditions and the lack of prospects.

Over the last twenty-eight years, Nizhny Tagil’s population has steadily declined, dropping from 440,000 residents to 350,000 residents. It would be strange not to see this as a telltale sign of what has been happening in the city.

Chernykh’s friends and acquaintances mainly say he was “driven” to kill himself. Many residents of Nizhny Tagil could find themselves in similar circumstances, especially if they work at Uralvagonzavod.

A female worker in Forging Shop No. 170, where Chernykh was employed, said the 27-year-old man’s suicide occurred after he attended a meeting of plant managers that he was not supposed to have attended. The employee asked she not be named since, she claimed, everyone in the shop was afraid, everyone needed a job, and she did not want any extra problems.

“Sergei was a rank-and-file worker, a cutter, but since our section foreman and section manager were on sick leave, Sergei was temporarily appointed foreman. And since there was no manager in our section, Sergei was sent to that meeting,” the woman claims. “It’s at these morning meetings that the shop foreman tells everyone what section has to do what and how much they have to do during a shift.”

“There are emergencies, and the shop foreman forces people to hurry up. He could not care less whether are enough workers to do the job or not, whether they have the tools they need or not. All that matters is that the work be done quickly. If you don’t have any workers, you go do the job yourself,” she says.

Marina Pogrebnykh, a distant relative of Chernykh’s, does not know the particulars of his death, but she likewise has no doubt plant management was to blame.

“I’m certain management are to blame for it. I don’t believe he would just take his own life like that, especially since this was not the first such incident,” says Pogrebnykh.

The anonymous female worker at Uralvagonzavod confirmed Chernykh was the third plant employee to have killed himself in the past three months. On the social networks, there has been talk there may have been more such incidents.

“We are under extreme pressure at work. You can make good wages, but you have to live on the shop floor to make the good money.

“Our section foreman killed himself. Yes, of course, it was a personal situation, but I can say that if he hadn’t drunk he would be alive. But when he was foreman in another shop he never drank, although the workload was huge. So, it’s a little hard to believe in coincidences.

“Our current section foreman, a woman, quite often comes back from meetings with management completely stressed out. She’s already getting up there in terms of age, but they yell at her like they yell at everyone else,” says the late Chernykh’s female coworker.

Two weeks ago, twenty-five Uralvagonzavod workers filed suit against their employer over new rules for calculating wages. According to the workers, the new rules have cut their pay in half while their workload has increased. Although these rules came into force in 2018, the workers have only now decided to file suit.

“Management tells us the the plant has been modernized. Due to this modernization, our workload has decreased, allegedly, meaning we should produce more. It’s on paper that things look good to them. On the contrary, we haven’t noticed any changes,” say the workers by way of explaining why they have sued olant management.

“On the contrary, we now have additional functions, but our wages have been halved.  This happened despite the fact that previously we had one of the highest pay grades at the plant due to occupational hazards and the heavy physical workload,” they say.

Nizhny Tagil’s Dzerzhinsky District Court has not yet made a ruling in the case.

Founded in 1936, Uralvagonzavod manufactures military equipment, railroad cars, and road construction equipment. In 2016, the company was merged with the Russian state corporation Rostec.

Poverty and overwork have led workers to hang themselves. It is all quite sad. Workers must realize they need to fight together to improve their condition. They must organize themselves, go on strike, and take other actions.

The nooses should be reserved for other heads.

This text is based on media reports.

Thanks to Tom Rowley for the heads-up. Translated by the Russian Reader