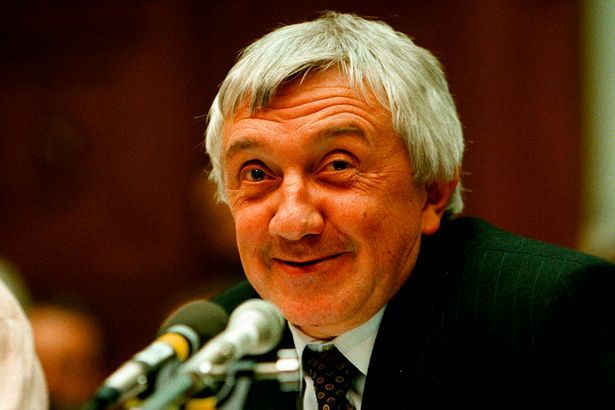 A letter from Yuri Shchekochikhin to Vladimir Putin. Thanks to Dmitry Nosachev for the heads-up.

To: Vladimir Vladimirovich Putin, President of the Russian Federation

You will remember the Three Whales Scandal, I hope. It was a big surprise to me that, after the hearing of the State Duma’s Security Committee and my article in Novaya Gazeta on the subject, Pavel Zaytsev, the special investigator who had been handling this criminal case, was summoned for questioning by the FSB—not to find out the truth about how the mafia was organized, but only because of me, deputy chair of the State Duma’s Security Committee and a member of its Commission on Combating High-Level Corruption in Government.

I would not have attached much importance to the incident were it not for one circumstance.

Several years ago, Vyacheslav Zharko, a junior field agent in the St. Petersburg Tax Police, gave me documents showing that ships were entering the Russian Navy’s bases in Lebyazhy and Lomonosov[] without being inspected by customs and border control.

There were several signatures on the documents authorizing this financial escapade, including that of the then Deputy Prime Minister [Oleg] Soskovets and yours, Vladimir Vladimirovich.

[Mikhail] Katyshev, who at the time was the First Deputy Prosecutor General, gave orders to open a criminal case and set up an operational investigative group in the Prosecutor General’s Office after reading the documents submitted by Zharko.

It was this criminal case that led to the arrest of Dmitry Rozhdestvensky, head of Russian Video. Unfortunately, however, due to political motives, the investigative team, led by [Vladimir] Lyseiko, dealt only with the embezzlement of funds by Media Most, “forgetting” about the evidence relating to Russian Video’s Marine Department.

I don’t want to bother you with the details of the criminal case, although I imagine you are familiar with them. It is a different matter that concerns me. In December 2001, Zharko, who had transferred from the Tax Police to the Main Intelligence Directorate (GRU) of the Russian Defense Ministry, was detained at Sheremetyevo 1 Airport on trumped-up charges of using a counterfeit passport and illegally crossing the border, put under arrest at the behest of the Deputy Prosecutor General, and remanded in custody to Lefortovo Prison. The arrest, especially an arrest sanctioned by such a top-ranking official, on charges of committing a crime that carries a punishment of up to two years in prison, and the subsequent change in his pretrial status, as ordered by Prosecutor General Vladimir Ustinov, would seem incredible were it not for one circumstance. While Zharko was jailed in Lefortovo Remand Prison, FSB field agents tried to “crack” [kololi] him (I use the word “crack” deliberately) while figuring out whether he had in his possession documents bearing your signature and relating to the criminal case. What especially angered me was that the officers attempted to force Zharko to confess that he and I were mixed up with Boris Berezovsky. During their conversations, it was said that I received $50,000 a month from Berezovsky, part of which I gave to Zharko, who in turn gave some to Mikhail Katyshev.

Vladimir Vladimorovich, I have spoken with Berezovsky once and only once in my life. It was in the State Duma building. It just happened.

Vladimir Vladimirovich, I don’t think this letter will end up in your hands. I once sent you a letter about Mr. [Nazir] Khapsirokov, one of the most notorious characters investigated by the Commission on Combating Corruption, during the last sitting of the State Duma. It was when he was appointed deputy head of your administration. In that letter, I wrote to you that you wanted to put together a team while a pack of dogs was circling you. After receiving a reply from a clerk in your administration, I realized the pack had encircled you once and for all, and that it was stronger than the team. Therefore, I am sending a copy this letter to the chair of the State Duma and the head of the Yabloko Party faction in the State Duma, of which I am a member.

It is widely believed Mr. Shchekochikhin was poisoned to death. Thanks to Sergey Abashin for the heads-up. Translated by the Russian Reader. Photo courtesy of Pinterest