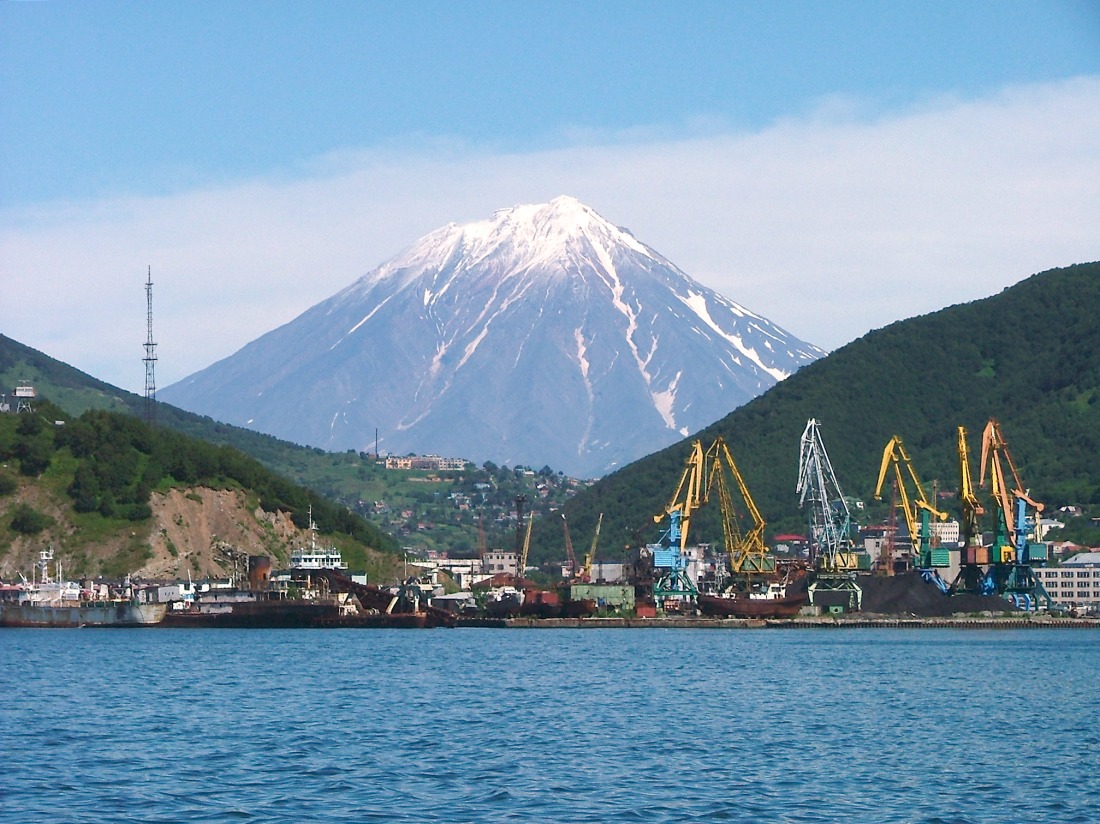 Petropavlovsk and Koryaksky Volcano, as seen from Avacha Bay. Courtesy of Wikipedia

Employees at the Kronotsky Nature Reserve in the Kamchatka Territory have conducted a study of the shoreline and the water in Avacha Bay and found that 95% of the denizens of the sea bed have died. This was announced by Ivan Usatov, a researcher at the reserve, at a meeting with regional governor Vladimir Solodov.

“When we dove, we found that, at depths of 10 to 15 meters, there was a massive die-off of the benthos—95% of it is dead. Some large fish, shrimps, and crabs have survived, but in very small quantities,” Usatov said. At the same time, he claims that “the state of marine mammals and birds is normal.”

At Cape Nalychev, the experts discovered “atypically dark water,” “brown foam,” and “very scant marine animal life.” Near Starichkov Island and in the Bay of Salvation, they found “mass remains of dead benthos.”

The researchers noted that animals that feed on the denizens of the sea bed will die.

Employees of the reserve, the Kamchatka Fisheries and Oceanography Research Institute, and the Kamchatka branch of the Pacific Institute of Geography suggested that the pollution has spread beyond Avacha Bay, which they studied. They said that one possible reason for this was algae bloom.

In the first days of October, residents of Kamchatka and the Kuril Islands found hundreds of dead marine animals on the shore. Governor Solodov said that it could have been caused by a spill of toxic substances, algae “that washed up on the coastline during the storm,” or volcanoes.

In the latest episode of Ekologika, George Kavanosyan discusses four possible causes of the pollution, including 1) a tanker that suffered a spill in the area and just as quickly disappeared (Kavanosyan rejects this hypothesis out of hand, saying there is no supporting evidence for it); 2) seismic activity in the Kamchatka, recorded on September 15, releasing gases that could have formed various acids when they came into contact with oxygen; 3) a training exercise by Russian nuclear submarines, which could have spilled lethal waste on their way back to their base at Vilyuchinsk; and 4) stored rocket fuel from a Soviet anti-aircraft base, closed in 1990 but never properly cleaned up. || TRR