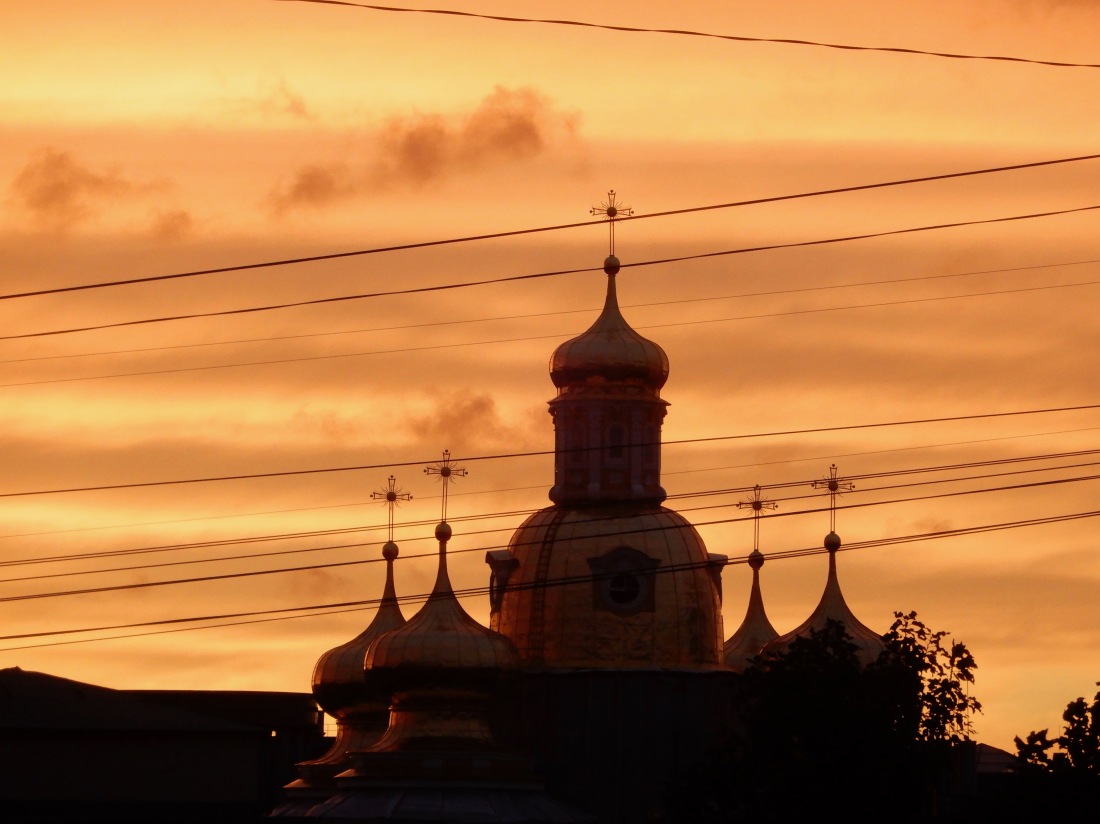 At least 47 organizations affiliated with the Russian Orthodox Church (ROC) have been awarded presidential grants totalling 55.3 million rubles [approx. 734,000 euros] in the latest NGO grants competition, according to the Presidential Grants for Civil Society Development Foundation website. They include lay religious organizations, monasteries, parishes, and dioceses.

Thus, the parish of the Church of the New Russian Martyrs and Confessors in Smolensk has been awarded 2.2 million rubles for a project entitled “The Pearl Necklace of Holy Russia,” meant to encourage youth tourism and cooperation with the Belarusian Orthodox Church. The ROC’s Yakutia Diocese has been awarded 2.5 million rubles for a project entitled “Yakutia’s Churches Are Russia’s Historic Legacy.” The grant winners plan to produce three documentary films, ten videos in a series entitled “Reading the Gospel Together,” and one video about Easter. The largest grant awarded to these NGOS was 10 million rubles. Mercy, an ROC organization that helps homeless people, won this grant.

According to Ilya Chukalin, executive director of the Presidential Grants for Civil Society Development Foundation, it is easy to explain why organizations associated with the ROC have won grants. The Orthodox Initiative Grant Competition has been held in Russia since 2005, so these NGOs have know-how in writing grants and also submit numerous grant applications. As Chukalin explains, the more applications submitted, the better the chances of winning.

Chukalin, however, underscored the fact that Muslim and Jewish projects have also been awarded grants.

Grants totalling 41 million rubles [appox. 554,000 euros] were awarded to eleven branches of the Combat Brotherhood, headed by Boris Gromov, former governor of Moscow Region, and Russian MP Dmitry Sablin. The Combat Brotherhood’s head office won the largest grant, worth approximately 20 million rubles, for a project entitled “Memory Is Stronger than Time,” dedicated to the thirtieth anniversary of the withdrawal of Soviet troops from Afghanistan. The Russian Union of Youth (RSM) has been awarded 63.5 million rubles [approx. 843,000 euros] to involve young people in developing small towns and settlements.

The largest grant in the competition overall was awarded to the Concerts, Festivals, and Master Classes Agency, which will spend nearly 112 million rubles on a project entitled “Yuri Bashmet to Russia’s Young Talents.” 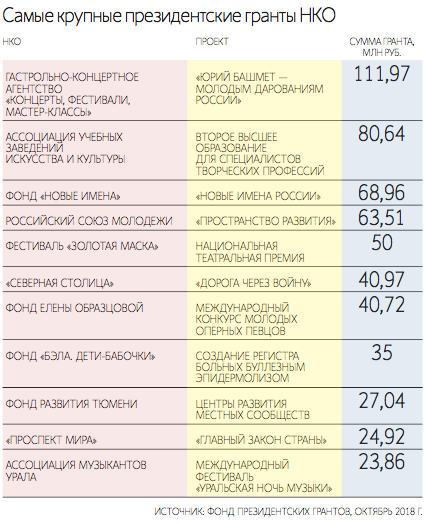 Alexei Makarkin argues that this way of awarding grants has its own rational. The ROC has long been an ally of the government, which can help it implement small projects, for example, to encourage an energetic priest.

The Combat Brotherhood has also been working with the government a long time, and this year marks the anniversary of the withdrawal of troops from Afghanistan.

The large grant awarded to the RSM, however, may have been triggered by the protest votes cast in many small towns during the recent local and regional elections, argues Makarkin.

“The hinterland is also vital, because in many small towns there is the sense of having reached the edge. There are no more budget cuts that can be made, and reforms will hit them hard. Therefore, the idea is to support local activists, whose projects do not require a lot of money,” Makarkin said.