In addition to Ivanov, who is on trial for disseminating “fake news about the army,” the evening’s organizers remembered other people currently jailed under Article 207.3 of the Criminal Code who are not as well known, in particular:

Olga Smirnova, a Petersburg activist with Peaceful Resistance, who has been prosecuted for writing post about the war in Ukraine and burning a cardboard letter Z.

Vladimir Zavyalov, a businessman who hung anti-war price tags in a supermarket.

Ioann Kurmoyarov, a priest who said on YouTube that hell awaits the soldiers who attacked Ukraine.

Igor Baryshnikov, a Kaliningrad activist who wrote about Bucha on Facebook. 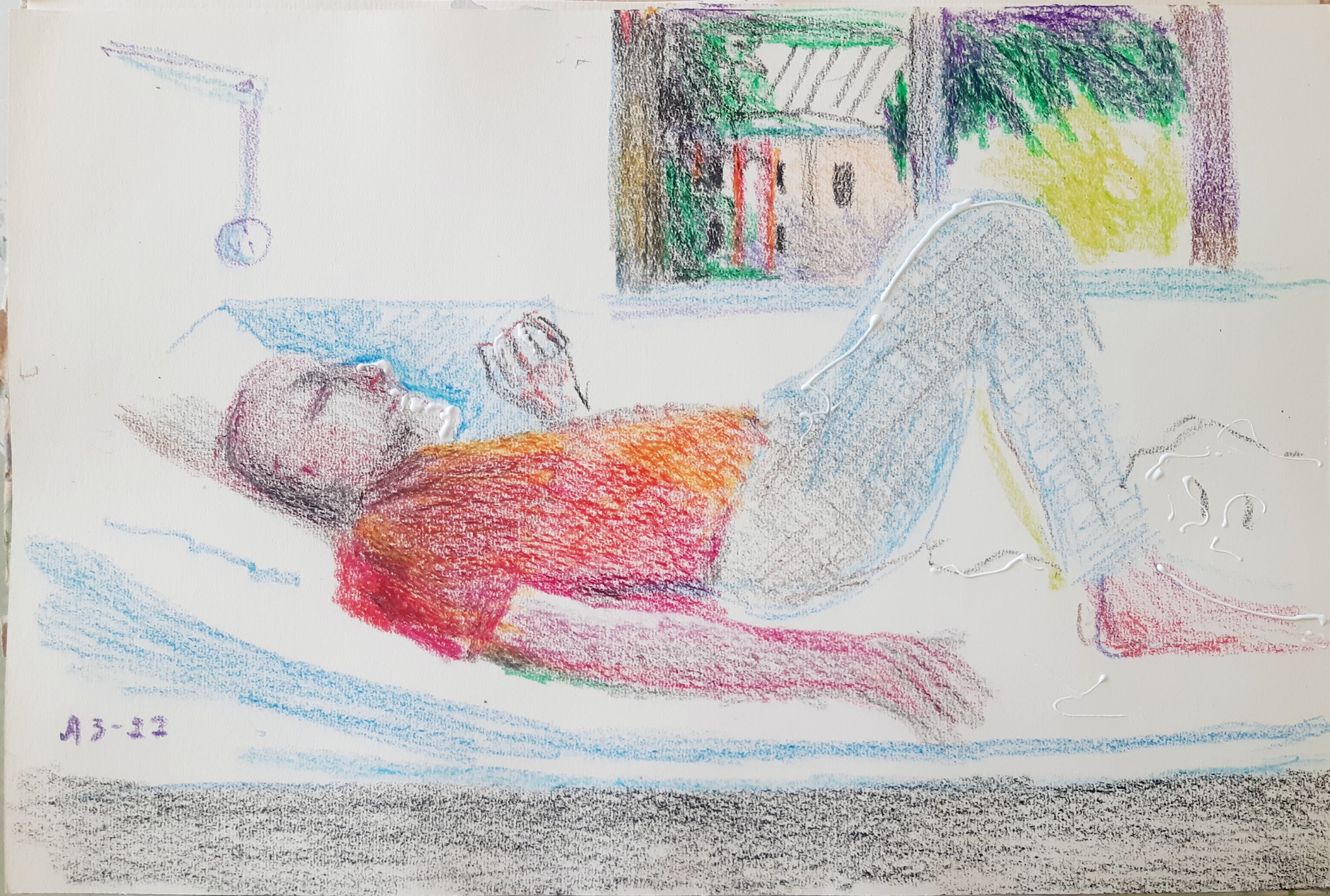 My roommate Victor is a completely unique person. He is sixty-seven years old and an absolute image of our Soviet life from the 1970s to the 2010s, with all the paradoxes peculiar to the time. He is a fervent [Russian Orthodox] believer and yet he believes everything said on the radio about the atrocities committed the Ukrainian army. On the other hand, he is perplexed how military operations were launched without consultations. Victor worked as a driver, but also played music in bands. He knows all the western groups of the 70s and all the stars in both the West and Russia. He has seen every Soviet film and remembers all the scenes, all the actors, all the songs. A lot of happy memories are consolidated in him, as well as a lot of regrets about the past. Basically, he’s a typical chip off the old Soviet block. In him you have the songs, you have Pink Floyd and the Rolling Stones and Alla Pugacheva and Eldar Ryazanov and [Leonid] Gaidai and Muslim Magomayev and everyone else, down to the last detail. You might say that he and I are living in the USSR from Khrushchev to Putin. It’s funny, but interesting. It’s Russia.

Source: Anatoly Zaslavsky, Facebook, 5 August 2022. Mr. Zaslavsky is a well-known Petersburg painter currently undergoing treatment at the city’s Botkin Hospital. Victor is his roommate at the hospital and has already featured in earlier social media dispatches. Translated by the Russian Reader

The folding seats clapped,
The October’s curtains came down.
The rider finally galloped
Off toward the radiant dawn,

Faded show bills on the wall,
Blue ticket stubs on the floor.
Dusk on Nevsky had almost fallen
As we came out on the corner.

The jeans were Polish, the beret a sham.
Wow, we had enough for Kagor.
We had to live. Return bottles and pass exams.
To live and live till we got to here.

Source: Vadim Zhuk, Facebook, 5 August 2022. Mr. Zhuk is is a well-known Russian actor, screenwriter, TV presenter, and poet, whose poem “A Skeleton in the Closet” was published here last month. Translated by the Russian Reader

On March 18, Irina Gen, a teacher of English in Penza, made an anti-war speech to her eighth-graders while explaining why they would not be able to travel to competitions in the Czech Republic. She told them about the shelling of the maternity hospital in Mariupol and the downed Boeing. One of the pupils recorded the teacher’s speech on a dictaphone and sent the recording to the security forces. A criminal case was opened against Gen ten days later. Today she was sentenced to five years of probation with a ban on teaching for three years. She had [originally] pleaded not guilty.