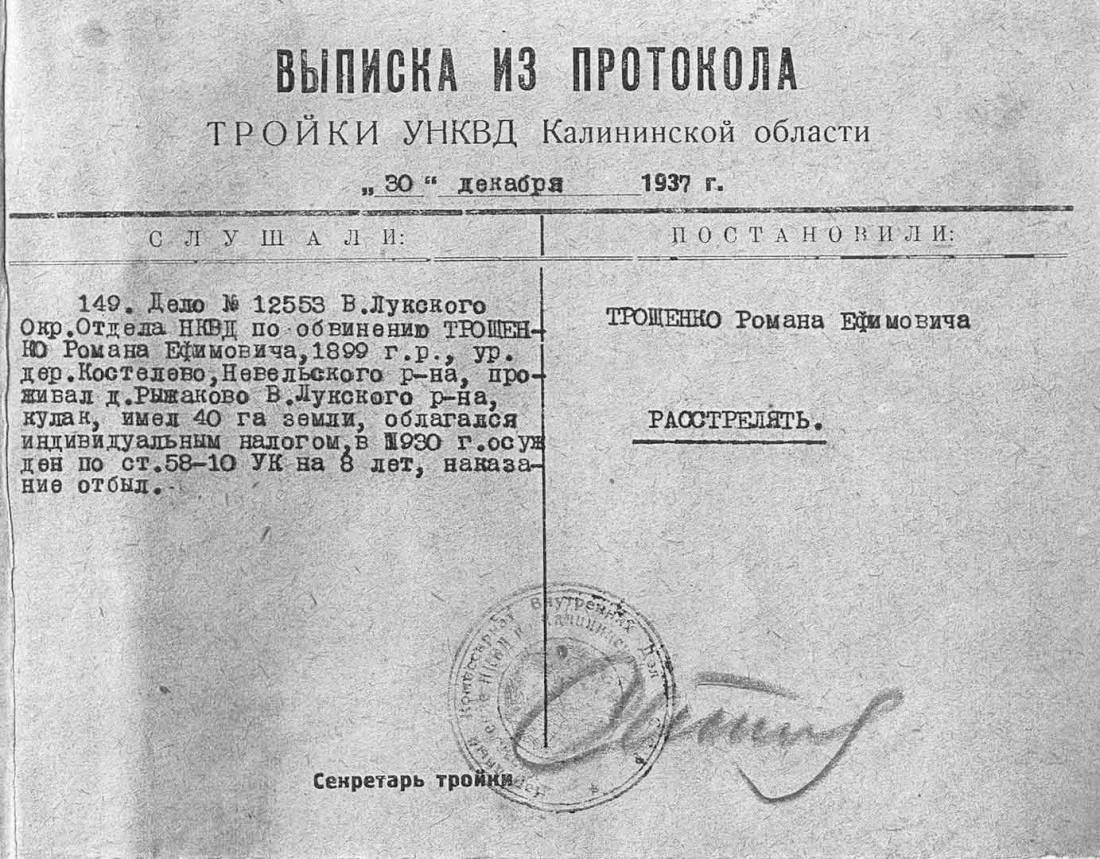 In the early 2000s, our computer broke down. There were few computer repairmen back then, and a passing acquaintance suggested her husband for the job. The young man came over and quickly fixed everything. Over tea it transpired that he worked at the FSB.

This was still amazing then, so we naively asked him how he could work in such a place, for the heirs of criminals and all that. And this twenty-five-year-old man literally said, “They were right to shoot people. They just should have done it more quietly.”

The liquidation of Memorial is just the final whistle: the boat is leaving the dock. We’ll still put up a bit of a fight, of course. What else can we do?  But all the same.

The acquaintance soon divorced the man because he had begun beating their child.

The document, above, is from the family archive. Roman Troshchenko, a priest, worked as a physician’s assistant in an orphanage after serving time in the camps. He was shot, allegedly, for “spreading rumors among the children and the populace that the Soviet regime would fall and the fascists would come to power.”