Thanks to Leonid Volkov for the image. Appropriately, this is my 1,801th post on this website. If you enjoy reading news and views from the other Russias, please consider making a donation via PayPal or Ko-fi to help offset the costs of my labor and the work of my occasional guest translators, as well as for internet hosting (which amounts to a few hundred dollars a year). If you are unable to make a donation, you can help out by encouraging comrades and colleagues to check out our coverage of grassroots Russia. My readership grew by leaps and bounds last year, I’m amazed to say, but it still has a long way to go before it makes a proper dent in how Russia and Russians are seen by the outside world, so any way you can support my project and make it more visible is greatly appreciated. \\ TRR 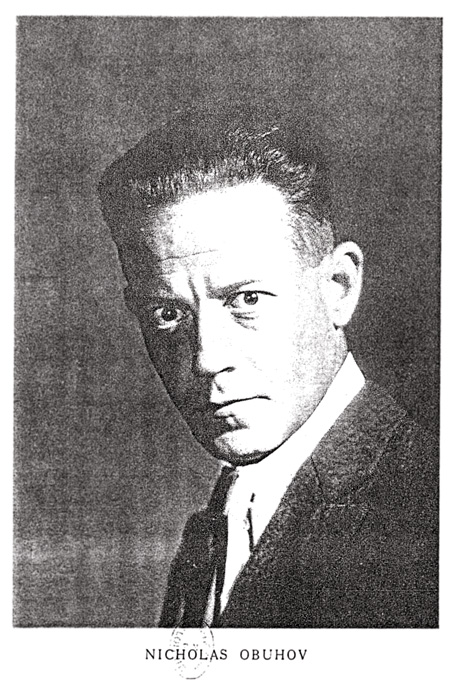 It must be said, too, that although [Nikolai] Obukhov devoted most of his life to composing his “The Book of Life,” and therefore thought naturally on a huge scale, he was also master of the miniature. His sets of pieces like “Revelation” are sure and original, and will, hopefully, be revived one day. The set of songs published by Rouart, Lerolle and Cie, dating from 1918, are among the most curious products in all music. The singer is required to cope with indications such as “crying with extasy [sic],” “groaning and shrieking,” “in the anguish of death,” “with the dread of remorse,” and “with ecstatic horror”; and this is all within one short song! The atmosphere is that of a hothouse (Figure 21.4). Another setting asks the singer to whistle, followed by “suffering, regretting with a hoarse voice,” “convincing, with an insane smile,” “with malignancy,” and “suffering furiously.” A kind of rhythmic speech is employed.

Obukhov’s early influences were undoubtedly Scriabin and the poet Bal’mont, but gradually he moved further and further into the realm of an extreme mysticism. He saw himself as a channel through which some divine force was composing his music. “The Book of Life” was based on a ritual symbolic form. It was Scriabin’s convictions pushed a step further. It is Obukhov’s masterpiece, a sacred work meant for performance in a specially constructed temple of symbolic design (executed by the painter N. Goncharova), and intended (like Scriabin’s “Mysterium”) to effect a mystical union of Man and Divinity. Sabaneev ascribes a more secular meaning to the music:

‘Obukhov’s “Book of Life” is also a “Mystery,” and, like every self-respecting mystery is “revealed” to him from above. Unlike Scriabin’s, which was designed to bring about the end of the world, and which, happily for its inhabitants, he did not succeed in completing, Obukhov’s mystery has a political purpose – the restoration to the throne of the last Russian Emperor, who is supposed to be alive and well, but in hiding.’

There are also stories, possibly apocryphal, that Obukhov, in the throes of fanatical and ecstatic composition, would write the bar numbers in red, using his own blood. Obukhov worked on this opus all his life, and the main work has a number of subsidiary pieces stemming from it, sometimes in multiple versions. The total work, covering some two thousand (!) pages, has apparently never been presented, although fragments have been played by conductors such as Koussevitzky, and French Radio has broadcast some excerpts. A film made by Germaine Dulas on the subject had some distribution in France and Italy in 1935. 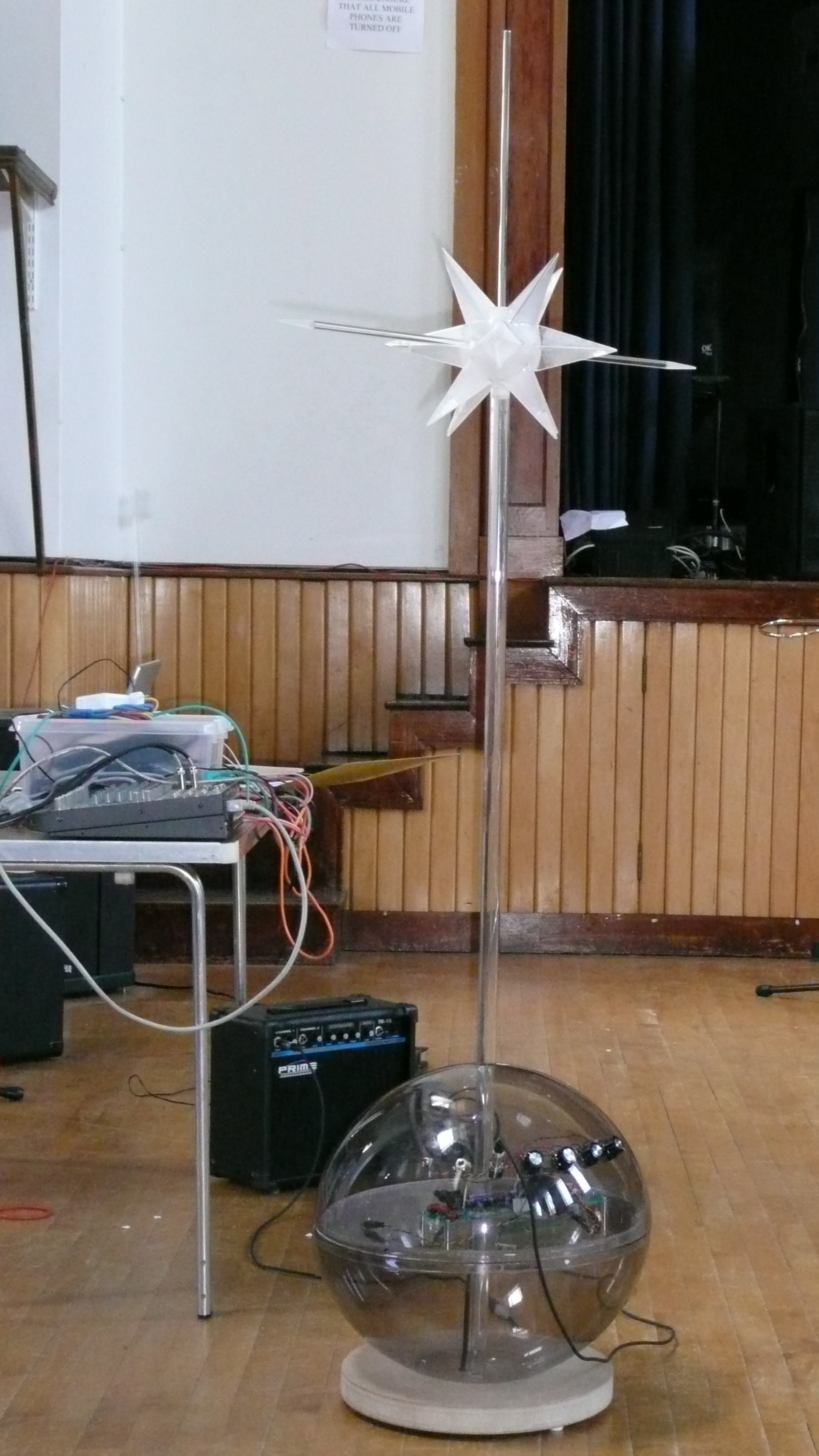 The Croix Sonore is an early electronic musical instrument with continuous pitch, similar to the theremin. Like the theremin, the pitch of the tone is dependent on the nearness of the player’s arm to an antenna; unlike the theremin, the antenna was in the shape of a cross, and the electronics were inside a brass ball to which the cross was affixed.

It was developed by Russian born composer Nikolai Obukhov who lived and worked in France from 1918, and built by Michel Billaudot and Pierre Dauvillier in Paris; they developed a prototype version in 1926 and demonstrated an improved version in 1934. Along with many, including Maurice Martenot, Obhukov was present at a demonstration of the thereminvox by its inventor Lev Termen (Leon Theremin) in 1924. Obukhov composed several pieces for the Croix Sonore, in duet with piano, in ensemble and as solo instrument with orchestras. The Croix Sonore was played by Marie-Antoinette Aussenac-Broglie, who was a student of Obukhov’s.

Source: Wikipedia. Thanks to Alexei Stavitsky for the inspiration. // TRR