On June 21, 2020, the Party of the Dead staged two actions, one at the Volkovskoye cemetery in Petersburg, and another, by “Corpse Corpsevich,” in a cemetery somewhere in the Baltics, subversively affirming the proposed amendments to the Russian constitution, which would “annul” President Putin’s four terms in office, allowing him to remain in power until 2036. On July 1, 2020, Russians will vote on the amendments in a nationwide referendum widely seen as meaningless, and whose (affirmative) outcome is a foregone conclusion. (For more information, see “Russia’s Constitutional Court Approves Amendments Allowing Putin to Rule Until 2036,” RFE/RL, March 16, 2020.)

*(This slogan plays off the Russian saying: “only the grave will straighten out the hunchback,” referring to an irredeemably flawed or “incorrigible” person.)

To the Constitution without clinking glasses!

(When toasting the dead, Russians do not clink glasses.) 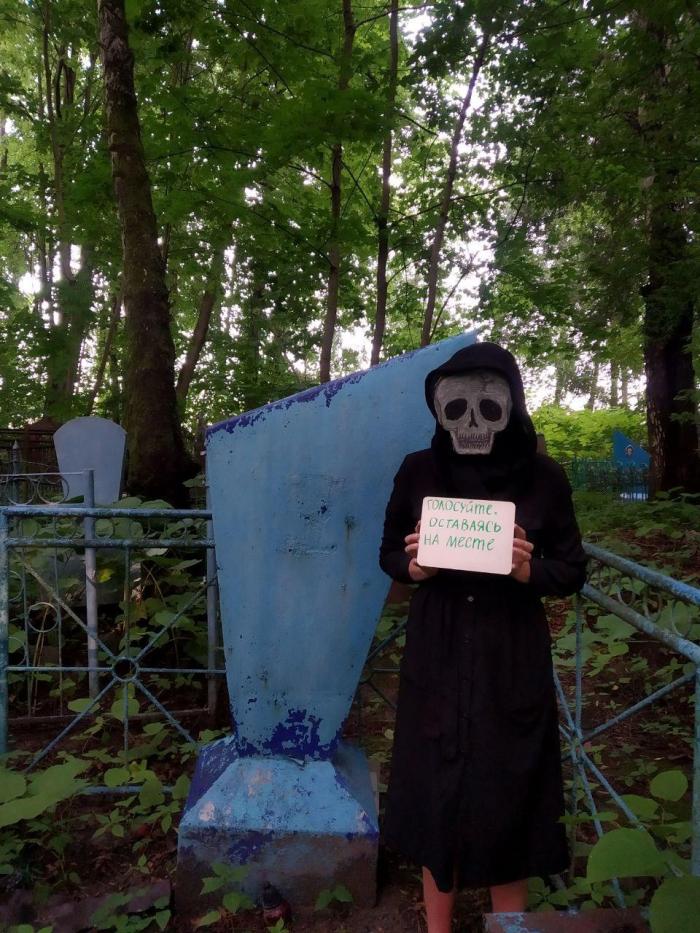 Vote while sheltering in place. 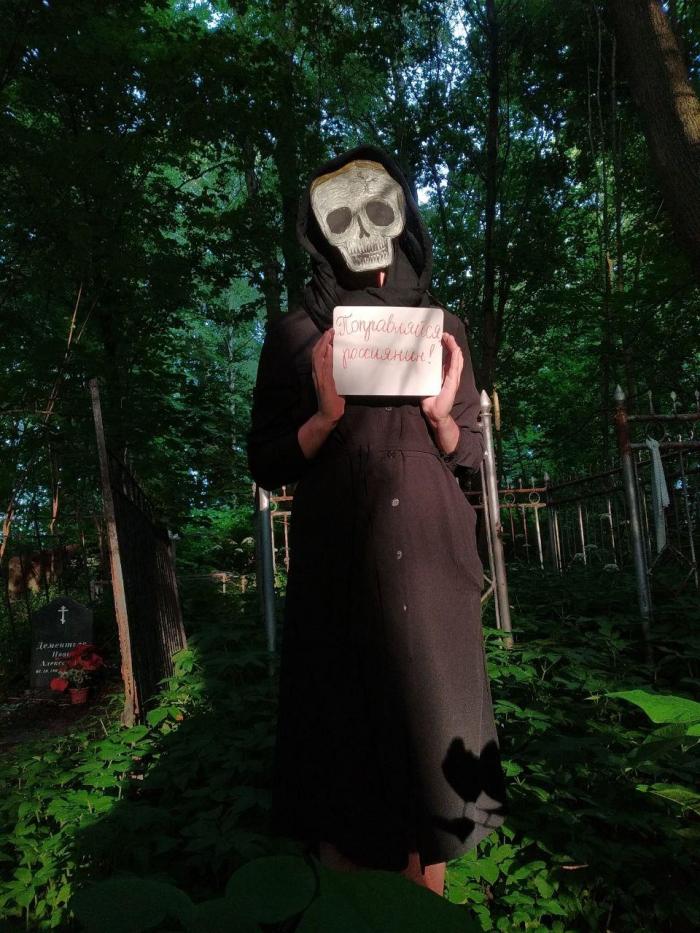 Be on the mend, Russian citizen!

(The reflexive Russian verb popravliatsia means to get well, to be on the mend. The non-reflexive form popravliat means to amend.)

Our amendments. Our constitution. Our country. 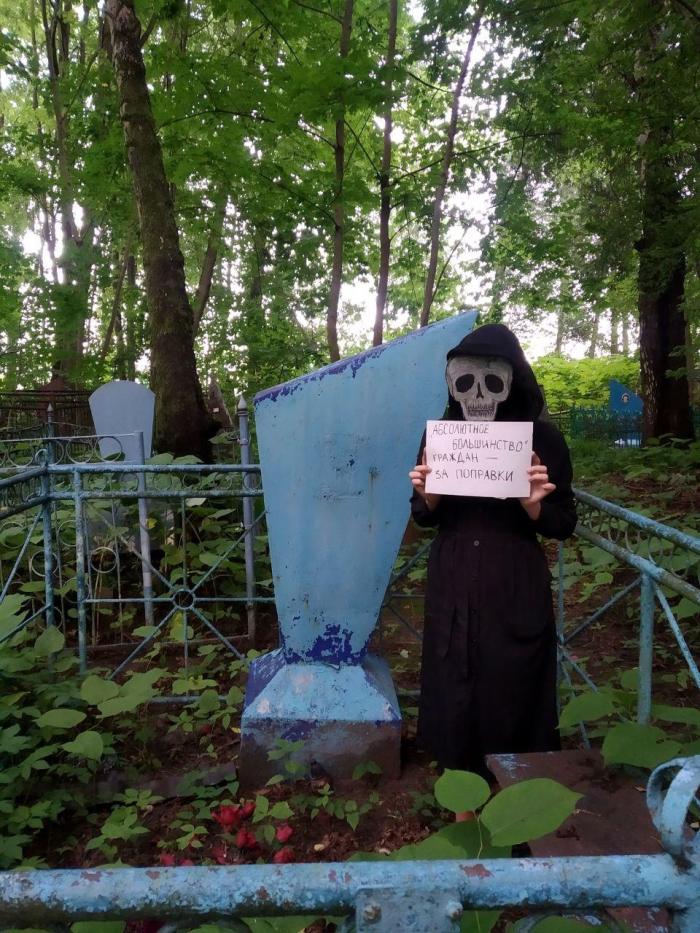 The “absolute majority” of citizens support the amendments.

(During his first public appearance after weeks in lockdown, Putin claimed that an “absolute majority” of Russians back his plan to change the Russian Constitution.)

Two things are certain in life: death and amendments.
It’s all predetermined on high.
Don’t console yourself with fleeting hope,
Annulment is our fate.

We will amend our demographics.