Pussy Riot member Nadezhda Tolokonnikova has told Mediazona that police have sabotaged the filming of a video for the Pussy Riot song “Rage” at Lenfilm Studio in Petersburg.

“There are cops and Center ‘E’ officers at the filming of our video at Lenfilm. First, they came and made us sign an obligation not to promote ‘homosexualism’ and ‘extremism,” and then left to talk with Lenfilm management. Half an hour later, the lights were turned off throughout the building. The shoot was scheduled to run from noon to six in the morning. So, the whole thing’s a bust,” Tolokonnikova said. 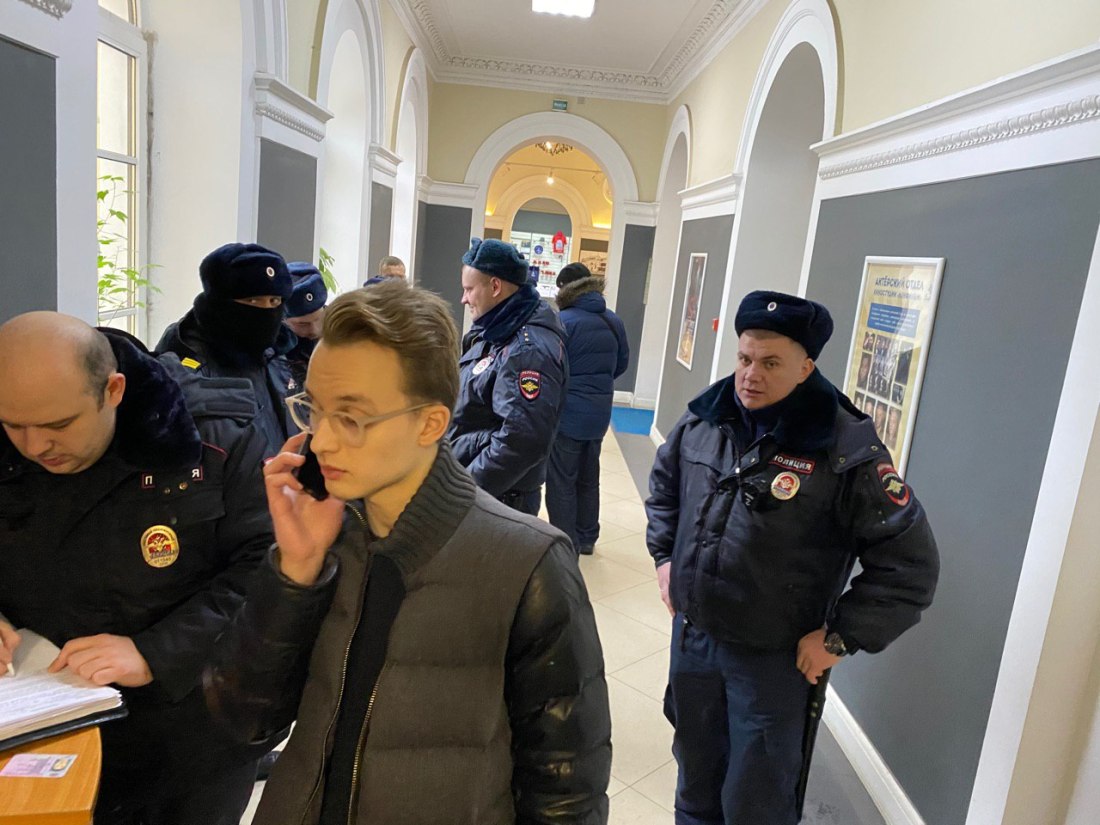 Police at Lenfilm in Petersburg. Photo by Nadezhda Tolokonnikova. Courtesy of Mediazona

The producers tried to rent a generator, but they were not permitted to bring it on the premises of the studio.

“Two days before the shoot, plainclothes officers visited Lenfilm and insisted they cancel the shoot. Surprisingly, Lenfilm refused to heed their request, telling them that we had paid and all the paperwork was in order,” the performance artist added.

Tolokonnikova said that feminist activist Nixel Pixel (aka Nika Vodwood), artist Lölja Nordic, and photographer Aleksandr Sofeev were among the people slated to appear in the video.

“There were supposed to be riot cops [OMON] in the video, but a real patrol showed up instead. The song is about resisting the authorities,” Tolokonnikova told Mediazona.

In an interview with Znak.com, Inessa Yurchenko, who was appointed Lenfilm’s new director general two days ago, called Tolokonnikov’s story a provocation.

“The guys were supposed to have actors in police uniforms, so they cannot pass that off as there being police officers there. There are no police officers on the premises of Lenfilm. It’s not nice to show pictures of actors and provoke the public,” she said.

Yurchenko threatened to call the police.

“I won’t be surprised if there are more provocations on their part—then I will be forced to call the police,” she said.

Yurchenko explained that the blackout in the studio had been caused by an accident on the power grid.

“The head of security will now have to follow regulations while the cause of the accident is established, and so he will have to ask [people] to evacuate Lenfilm because it’s a [secure] facility,” she said.

She added that the activists could return to the film studio when the power was restored.