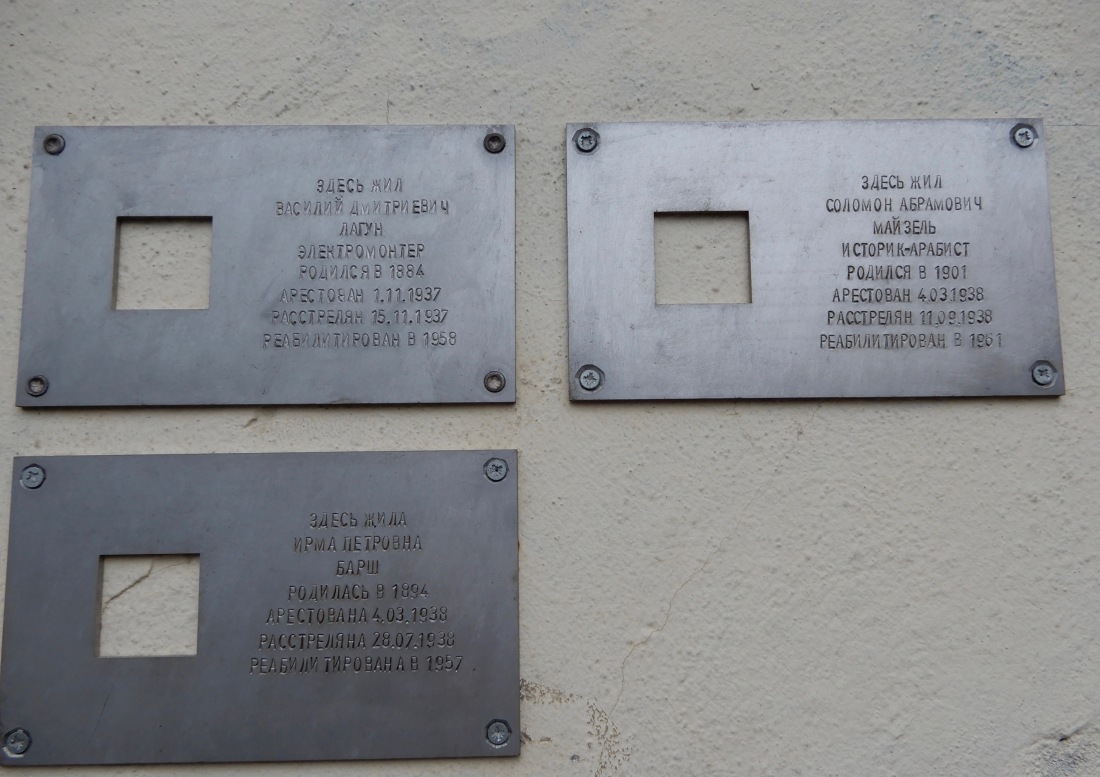 This Sunday, December 8, 2019, three new Last Address plaques will be installed in Petersburg.

At 12:00 p.m, a plaque in memory of Nikolai Fabianovich Pavlovsky will be mounted on the house at 6 Kirochnaya Street. An ethnic Pole and driver for the Leningrad Fur Procurement Organization (Lenzagotpushniny), Pavlovsky was executed on October 7, 1937, the same day as his brother Pyotr, who has already been memorialized with a plaque on the same house.

At 1:00 p.m., a plaque in memory of Vladislav Stanislavovich Voronovich will be attached to the house at 147 Nevsky Prospect. Before his arrest, Voronovich worked as head of the thermoelectrical block at the Bolshevik Factory. Voronovich was shot on September 28, 1937.

At 2:00 p.m., a plaque in memory of Anton Filippovich Gribovsky, foreman of the conductors on the Polar Star train, will be installed on the house at 72 Ligovsky Prospect. Gribovsky was shot on November 15, 1937.

The installation of all three plaques was initiated not by relatives of the executed men, but by people who cherish their memory. The first plaque will thus be installed by a friend of the family, while the second two will be attached by the descendants of people who were part of the same criminal case as the executed men.

We invite you to join us for the installation ceremonies.