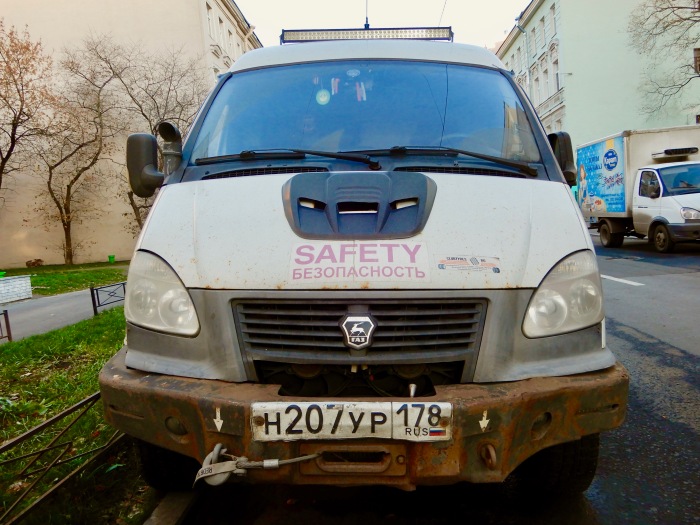 Maria Bontsler, defense attorney of Kaliningrad anarchist Vyacheslav Lukichev, who has been charged with public “exoneration” of terrorism on the internet, said her client had been beaten, according to a post published by Valentina Dekhtyarenko, manager of the human rights advocacy program at Open Russia, on her Telegram channel.

Bontsler claimed Lukichev had been beaten by six riot police (OMON) officers. She noted the police officers beat Lukichev in such a way as to leave no traces on the anarchist’s body. According to Bontsler, the beating occured on November 4, immediately after Lukichev was detained, in a room in which Lukichev’s [original,] state-appointed defense attorney was present.

Bontsler also claimed Lukichev had been interrogated for thirty-six hours.

Lukichev, 24, is suspected of publicly exonerating terrorism (a felony under Article 205.2 Part 2 of the Russian Federal Criminal Code) after allegedly publishing a screenshot of the suicide note allegedly left by [17-year-old Mikhail Zhlobitsky].

[Zhlobitsky] has been alleged to have bombed the FSB’s regional office in Arkhangelsk [on October 31], killing himself and injuring three FSB officers.

Several minutes before the blast, a message about the attack was posted on Telegram in the open chat channel Rebel Talk [Rech’ buntovshchika].

The authorities have been investigating the incident as a terrorist attack.

Investigators claim Lukichev published a post on the Telegram channel Prometheus [Prometei] in which he called [Zhlobitsky] a hero.

At a court hearing, Bontsler said the phrase had been taken out of context.

Political activists in Perm, Krasnodar, Arkhangelsk, and Arkhangelsk Region have said police officers came to their homes or they received summons to police stations in the wake of the October 31 attack.

On November 3, the home of Danil Pinzhenin, second secretary of the Sochi municipal Komsomol [Communist Youth League] committee, was searched by police in connection with the incident.

Translated by the Russian Reader. The article has been edited to make it more readable and informative.