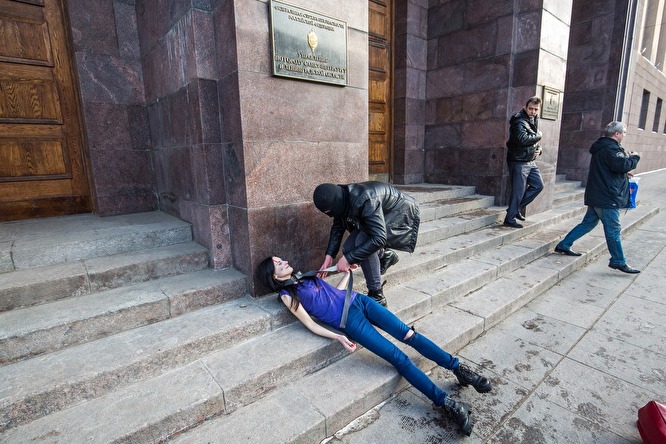 Protest against the Penza-Petersburg “terrorism” case on the steps of FSB headquarters in Petersburg, February 2018. Photograph by David Frenkel. Courtesy of Znak.com

Penza-Petersburg “terrorism” case suspects Dmitry Pchelintsev, Ilya Shakursky, and Arman Sagynbayev have been formally indicted. Now Pchelintsev and Shakursky, who earlier were accused of involvement in the alleged “terrorist community” the Network, have been indicted for organizing it, per Article 205.4 Part 1 of the Russian Federal Criminal Code. Mediazona heard the news from the Parents Network, a committee formed by relatives of the young men arrested and accused in the case.

In keeping with previous accusations, Sagynbayev was indicted for involvement in a “terrorist organization,” per Russian Criminal Code Article 205.4 Part 2. During the reading of the indictment, he recanted his previous testimony, saying he had given it under duress. Mediazona has published Sagynbayev’s deposition to his defense attorney, in which he recounts how FSB field agents tortured him after after they detained him in Petersburg.

With the lawyer present, an FSB investigator pressured Sagynbayev for approximately five hours, but the accused man nevertheless failed to confess his guilt. Subsequently, a FSB field agent visited Sagynbayev in the Penza remand prison and threatened to send him “to the north, to Sentsov,” but explained he still could change his testimony.

As our sources in the Parents Network recounted, during the reading of the indictment, the FSB investigator showed Pchelintsev two written conclusions. In the first, it said Pchelintsev had confessed his guilt and was charged with violating Criminal Code Article 205.4 Part 2, which stipulates a penalty of five to ten years in prison. In the second, it said Pchelintsev had not admitted his guilt and was charged with violating Article 205.4 Part 1, punishable by fifteen to twenty years in prison.

None of the indicted men pleaded guilty.

If you have not been following the Penza-Petersburg “terrorism” case and other recent cases involving frame-ups, torture, and violent intimidation by the Russian Federal Security Service (FSB) and other arms of the Russian police state, read and republish the recent articles the Russian Reader has posted on these subjects. 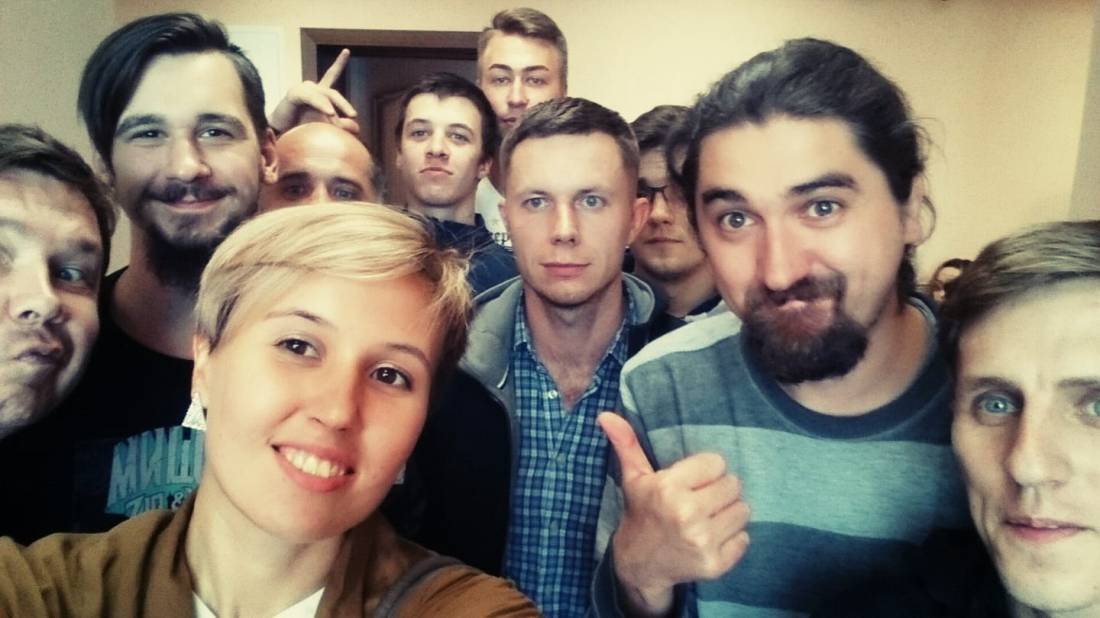 Yesterday, after the protest rally, for several hours I made the rounds of different police precincts where detainees had been taken: Lenin Square, Prospekt Bolshevikov, Rybatskoye, and General Khrulov Street. It was night when I got home.

Total legal nihilism prevailed in the court. People were tried not individually, but in bunches. The judge said outright to the defendants that if they refrained from making any appeals she would go easier on them. Many defendants were not allowed to go to the bathroom all day. A police officer ate the food intended for the detainees from the 25th Police Precinct. Most of my defendants were convicted and sent off to jail for four to seven days.

But there were a number of important victories.

It went something like that. I wish all of you would go to the court hearings the day after a big protest rally at least once. Your world would never be the same again.

And the detainees are all amazing.