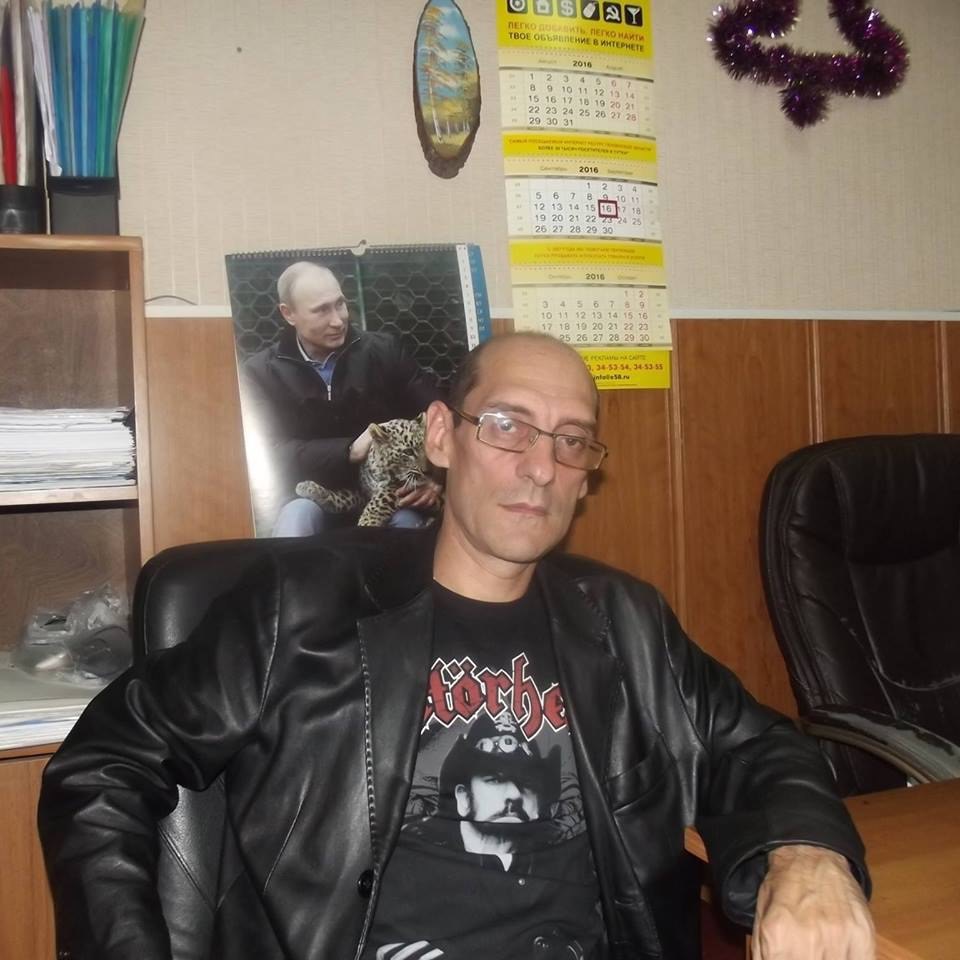 A selfie taken by elections observer and Golos coordinator David Kankiya in Krasnodar. He writes: “Dear Veniamin Kondratyev [governor of Krasnodar Territory], I would like to know what you think about the fact I was beaten up today and the continuing pressure exerted on political and grassroots activists by law enforcement. This is how you see the region’s image right before the World Cup?”

Vladimir Putin is not “popular” in any meaningful sense of the term. He is the head of what may be the world’s largest mafia gang. Unless forces emerges within the gang to challenge his leadership, which seems unlikely, he will remain head of the gang (aka the Russian Federation’s ruling elite) until he dies of natural or other causes. It is as simple as that.

How do I know it? Because of the sheer amount of main violence and rabid intimidation visited upon anyone who challenges Putin’s unchallengeable rule in any way, even in ways that are almost imaginary, as in the case of Crimean filmmaker Oleg Sentsov, now on the sixth day of a hunger strike in a Siberian prison. Sentsov was sentenced to twenty years in prison by Putin’s mafia gang after it illegaly invaded and occupied Sentsov’s home of Crimea, part of the sovereign state of Ukraine.

Here is another example, closer to home and the notion that Putin is “popular” and was  thus “popularly” elected. The day after Putin’s “reelection” this past March, NPR filed a story that contained this passage.

A month before Russia’s presidential election, observer David Kankiya was informed by the police that his car might have been used to commit a crime, Reuters reported. He was detained, charged with disobeying police and sent to jail for five days. “I was detained and charged on a false pretext,” Kankiya told the news agency. “It’s political pressure.”

As the presidential election drew closer, Kankiya’s car tires were slashed and pro-Kremlin journalists accosted him in two separate incidents, he told Reuters.

Kankiya is a coordinator at Golos, a nongovernmental election watchdog that was labeled a “foreign agent” because it received foreign aid. Volunteers from Golos — a word that translates to both “vote” and “voice” — say when entering or leaving Russia, they are often stopped by border staff who accuse them of having terrorist links, according to Reuters.

Now word has come that Mr. Kankiya was assaulted and battered by two men in the stairwell of his own home yesterday. The word comes from Mr. Kankiya himself, writing on Facebook.

I’ve been beaten up in the stairwell of my building. It was two palookas. They hit me and kicked me. They zapped me with pepper spray. I hurt like hell, but I’ll live through this, too. Dear security forces guys, a big thanks for the attention you pay to little old me. But didn’t you already tell me straight to my face what you wanted from me? But first you jail me, then you have me tailed and beaten up. Why do you behave so shamefully?

When you add all those stories up, you do not conclude that the country in question is ruled by a truly “popular” leader.

What you conclude is that, for nearly two decades running, a gang of violent thugs has been pummeling, scapegoating, jailing, murdering, intimidating and otherwise silencing its real and imagined enemies—in the world’s biggest country, the list of those enemies has proven almost endless—while a troika of absolutely shameless pollsters (Levada, FOM, VTsIOM), eager beyond belief to stay in the mafia boss’s good graces and “scientifically prove” his “popularity,” has been monitoring, almost by the day, sometimes by the hour, to test whether the rest of the Russian “populace” gets it, whether they realize they have only one choice: “like” their “popular” president for life or “dislike” him and face the unpleasant consequences faced by the likes of Mr. Sentsov and Mr. Kankiya.

The pseudo-pollsters are just as shamelessly seconded by a whole battalion of “Russia hands” and “veteran Moscow correspondents,” like Stephen Cohen and Mary Dejevsky, to name two of the most loathsome, who are ready to tell any lie or fib to justify or explain away Putin’s tyrannical rule and the punishments he and his secret services rain down on their enemies, real and imagined, great and small.

That is the whole story. Anyway who says otherwise really is a liar or a sophist or a “Russia expert” resident in Ottawa or New Haven. // TRR