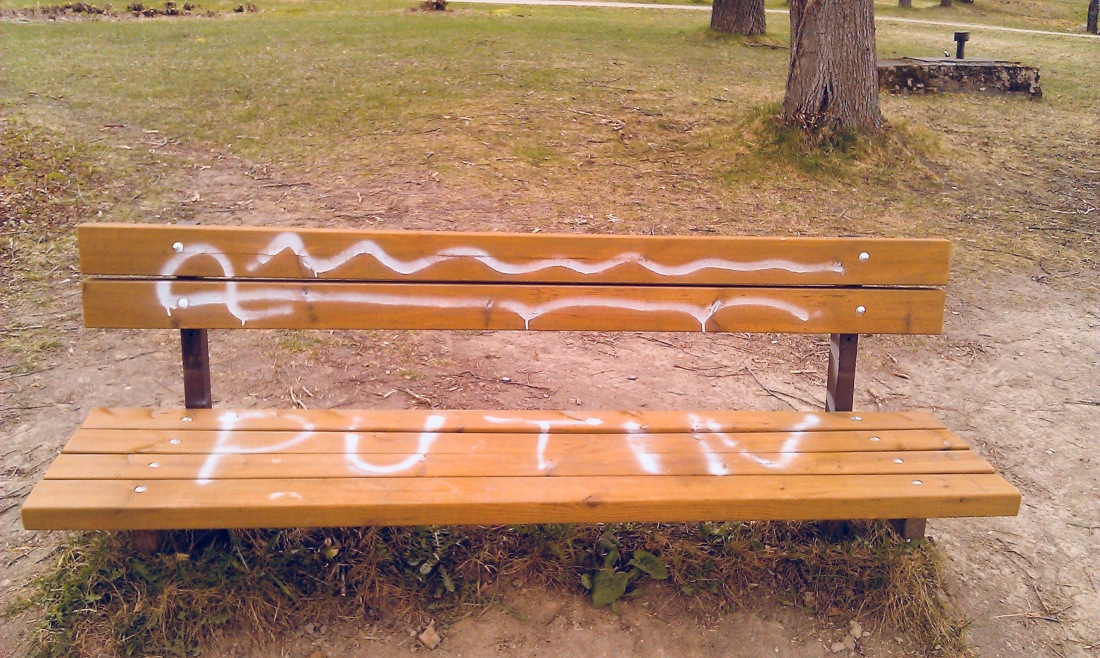 President Vladimir Putin announced he would be running for president in 2018. He made the announcement at a meeting with workers of the GAZ auto plant in Nizhny Novgorod. The occasion was the plant’s 85th anniversary.

“This is always a very responsible decision for any person. Because the motive in making the decison can only be the desire to improve the lives of people in our country, to make the country more powerful, better protected, and forward looking. And these goals can be achieved only on one condition: if people trust and support you,” he said, as reported by Rossiya 24. Photo by the Russian Reader

The deed is done. On December 6, Vladimir Putin told workers at the GAZ auto plant in Nizhny Novgorod he plans to run for a fourth term as president. “GAZ supports you” [GAZ za vas], the workers chanted in reply. Thus the slight suspense generated by the 2018 presidential election came to a trivial end.

No, there was no mystery as to whether Putin would run. The bashful talk about the hypothetical possibility of his not running died several days after it was born, leaving a slight sense of embarassment. The only mystery was when and where he would say he was running. There were many options, and lots of discussion, and the pros and cons of this or that date were numerous, but there was almost no point to any of it. What the GAZ plant workers heard in Nizhny Novgorod on December 6 could have been said today, yesterday or December 31. It could have been said in Moscow, Penza or Tynda. It could have been said to soldiers, schoolchildren or cooks. On the eve of the announcement, his spokesman said we could expect Putin’s throwing his hat in the re-election ring any day. We had to be ready to hear his annoucement every day. The spokesman sure said it. People waited and waited and grew weary of waiting. Now they can cease waiting.

Chechen leader Ramzan Kadyrov dubbed December 6, 2017, a “historic day, a festive day,” of course, but it is unlikely to go down in history as much as September 24, 2011, when it transpired Putin would seek a third term as president, and Dmitry Medvedev would be a one-term president. That was a fundamental choice. Today’s choice was formal, and indeed there is no choice.

On December 6, 2017, the only mystery of the 2018 presidential election, a mystery that was purely formal anyway, died. Yes, we still have the official announcement of election day, the campaign’s kickoff, and the nomination of other candidates to look forward to. (Although Alexei Navalny, who is really trying to win the presidency, is unlikely to be amongst them.) This will be followed by campaigning, the usual refusal to debate the other candidates, voting, and, finally, the vote tally and announcement of the results. But none of it means anything to anyone, except the official election chroniclers and Central Electoral Commission. All these obligatory but purely technical stages and their circumstances are seen by many as a needless hindrance, in particular, by liberal economists, who are forced to wait, first for the election, and then the new old president’s inauguration, as a signal to launch long-overdue reforms (or reject them). Everyone else regards Putin’s self-nomination as something like the coming of the New Year. The next day, life will go on as before, irregardless of New Year’s Eve’s irrational illusions.

Russia faces another six years of life under Putin. We must imagine they will be more or less like the previous seventeen years of Putin’s rule. The workers at GAZ will assemble cars, liberals will talk about the need for reforms, Kadyrov will praise the president to the heavens, and Navalny will fight for the right to get his name on the ballot. While this goes on, people who were born when Putin was already president will become adults, meaning full-fledged voters. An entire generation will come of age, a generation for whom the principal suspense of presidential elections is the choice of the day and the place when the president says he is running for re-election, an announcement they must anticipate every day.

Commentary
Dead Moroze, 7:27 p.m., December 6, 2017
As a “democratic federal state, based on the rule of law, with a republican form of government,” the Russian Federation has ended. So, no announcements regarding Putin really mean anything in this context.