I didn’t ask for the wildly inaccurate translation, screenshotted below. It just showed up on my Facebook newsfeed from RBC as is, yet inadvertently hinting at the real state of affairs in the Kingdom of Denmark.

I wonder how Google Pixel Buds are going to do anything but confuse the hell out of the people who wear them if their translations are similarly brilliant.

Believe me, only trained, experienced human interpreters and translators are capable of making sense out of nonsense. 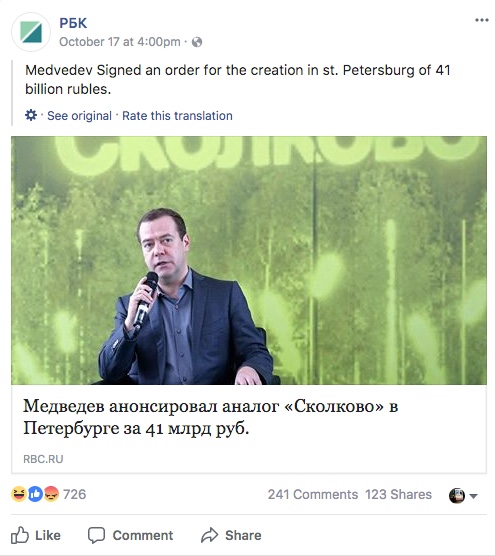 Despicable but predictable. My heartfelt thanks to Mr. Shuvalov for finally having the guts to admit what has been obvious for years: that the Russian elites and mostly nonexistent Russian middle class are sick off their asses on catching up with and overtaking the specter of “America.” So, which side never stopped fighting the Cold War? The greedy mid-level KGB officers who have been running Russia for the last eighteen years. If you didn’t know that already, it means you’ve been looking in the wrong direction all this time. And to think this is what the “struggle against imperialism” has come to. Oh, and the VTsIOM “polling data” about “happiness,” cited at the end of this article, is total bullshit, yet another smelly burp from the well-funded belly of Russia’s rampant pollocracy. TRR

Shuvalov: Russia’s Goal Is For Russians to Be Happier than Americans
Fontanka.ru
October 18, 2017

By 2024, industrious Russians with higher educations will be able to catch up with and overtake abstract [sic] Americans in terms of happiness. Such were the horizons painted by First Deputy Prime Minister Igor Shuvalov at the 19th World Festival of Youth and Students on October 18 in Sochi.

“Goal number one is that, when the next political cycle [sic] is completed, in 2024, anyone who has a basic [sic] higher education and the ability to work would feel happier than in the United States,” said Shuvalov, according to Lenta.ru, as cited by RIA Novosti.

A presidential election is scheduled for 2024.

According to the Monitoring Center at RANEPA’s Institute of Social Sciences, nearly 45% of working Russians do not understand the purpose and meaning of the government’s economic policies. Only 47% of Russians have a sense of the government’s actions vis-à–vis the economy.

In August, the All-Russian Center for the Study of Public Opinion (VTsIOM) published the results of a poll, according to which approximately 84% of Russians consider themselves happy.

Earlier, in April, according to VTsIOM, the percentage of Russians who felt happy reached its highest level since 1990, amounting to 85%.

Translated by the Russian Reader. Thanks to Comrade Koganzon for the heads-up 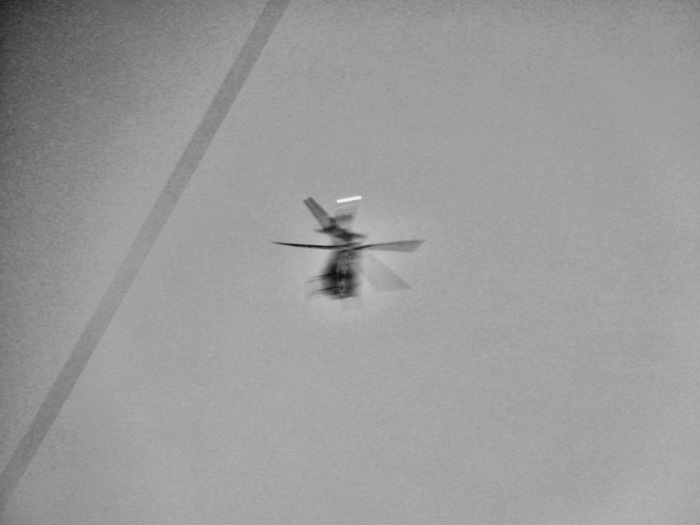 Making as many ordinary people as possible de facto accomplices or targets of thoroughgoing injustice, an endless series of crimes great and small, daily repression, and ubiqitous surveillance smacks more of totalitarianism than it does of the run-of-the-mill authoritarianism that, if you believe the most progressive political scientists, currently rules the roost in Russia. TRR

Culture to Be Equated with Cigarettes and Alcohol
Fontanka.ru
October 17, 2017

The Culture Ministry has drafted a bill which, if adopted into law, will vest ticket sellers and ticket takers at theatrical and entertainment events with the authority to check people’s passports. In addition, the Culture Ministry wants to legally forbid persons under the age of eighteen from attending events with an 18+ rating. Currently, the rating is advisory in nature, and parents make the final decision.

The media were informed on October 17 that a document containing such provisions had been drafted by the Culture Ministry. They were referred to Natalya Romashova, head of the ministry’s legal and regulatory department. According to Romashova, the draft amendments to the law “On the Protection of Children from Information Harmful to Their Health and Development” will shortly be submitted to the State Duma.

“The organizer of an entertainment event containing information prohibited for children is obliged to take measures eliminating the possibility that persons under 18 years of age attend the event,” the draft bill reads. “Failure by the organizer of the entertainment event to take the measures indicated shall entail liability as established by Russian federal legislation.”

At the same time, the draft law bill specifies that the documents checks will also affect foreign nationals and stateless persons. The list of admissible documents should be established by an executive body authorized by the government.

Translation and photo by the Russian Reader. Thanks to Comrade Uvarova for the heads-up