The Yuri Dmitriev Case
The Accused Should Be Nominated for a State Prize
Maria Eismont
Vedomosti
June 8, 2017

“A person cannot disappear without a trace. People differ from butterflies in the sense that people have memory,” the man with long grey hair and long grey beard said onscreen.

The presentation of books of remembrance for those shot during the Great Terror in Karelia packed the screening room at the Gulag History Museum in Moscow: people even sat on the stairways. The editor of the books, Karelian historian and search specialist Yuri Dmitriev, from Memorial, was the man talking onscreen. He has spent the last six months in a pretrial detention center, absurdly charged with the crime of producing pornography.

Dmitriev sent his greetings and gratitude from prison, not so much for the kind words said about him, as for acknowledgement of his life’s work. Memorial’s historians all concur it is unique. No other region in Russia has such a complete compendium of the names of those who were shot as Karelia does. As his colleagues argue, Dmitriev succeeded in turning the figures of those who perished during the Great Terror into memorial lists complete with names, biographies, and burial sites.

The speakers occasionally slipped into the past tense, but immediately corrected themselves. Dmitriev is still alive, and we must believe he will soon be released, find the execution site of the other two Solovki “quotas” [political prisoners at the Solovki concentration camp who were transported to three different sites outside the camp in 1937–1938 to be shot and buried in secret—TRR], and present the next book of remembrance. This powerlessness, these slips of the tongue, and the trembling voices fully convey the horror of a time when the days when people were shot are long past but people still fall victim to political repression.

The Yuri Dmitriev case is, perhaps, the most important thing happening in Russia right now, first of all, because a patriot who for decades had, bit by bit, resurrected thousands of names of this country’s citizens from official oblivion, citizens murdered cruelly and senselessly in the state’s name, has himself been subjected to persecution. “The introduction to the list of terror victims will be brief: may they live in our memories forever,” writes Dmitriev in the foreword to one of his compendiums, The Motherland Remembers Them, a book in which the names are listed not in alphabetical order, but under the names of the villages where the victims lived before their arrests. “The moral of the story is also brief: remember! As is my advice: take care of each other.” Now there is a Russian national idea for you. The author of these books of remembrance should be nominated for a state prize and a government grant to keep on with his work.

There is another important thing about the Dmitriev case: the charge his persecutors chose for him. He was not charged with “extremism” or “separatism,” which have been commonplace in politically motivated cases, but with child pornography and depraved actions towards a minor. The charges not only guarantee a long sentence and promise the accused problems in prison but also challenge the public to support him. “What if something really did happen?” Dmitriev’s friends and relatives acknowledge that while those who doubt Dmitriev or are willing to countenance the charges are an overwhelming minority, such people do exist, and some of them are “decent” people.

The number of “pedophilia” cases, based on controversial, contradictory, clearly flimsy evidence and flagrantly unprofessional forensic examinations, has been growing for several years. Recently, I attended a similar event in Naro-Fominsk, seventy kilometers southwest of Moscow. It was also a memorial evening for a living person who had been incarcerated on charges of depravity against a child, actions the man could not have committed, according to witnesses who were nearby when the crime was alleged to have occurred. Dozens of people had come to remember what a good male nurse Zhenya had been. Then they corrected themselves: not had been, but is and will continue to be. Then they cried.

“Pedophilia” cases have long been custom-ordered to rid oneself of rivals and used to pad police conviction statistics, but now they have been put to use in political cases.

Translated by the Russian Reader. Thanks to Comrade Koganzon for the heads-up

Zinaida Pozdnyakova is irreplaceable. While the rest of us were staring at the wall or just not existing (as in my case), Ms. Pozdynakova was exploring the nooks and crannies of Soviet Tallinn in 1964 and, as always, getting it so right you want to hop a train, plane or ferry and go there right now.

Except that city no longer exists, which is one of the reasons why great art and genuine artists are so invaluable to our life together here. TRR 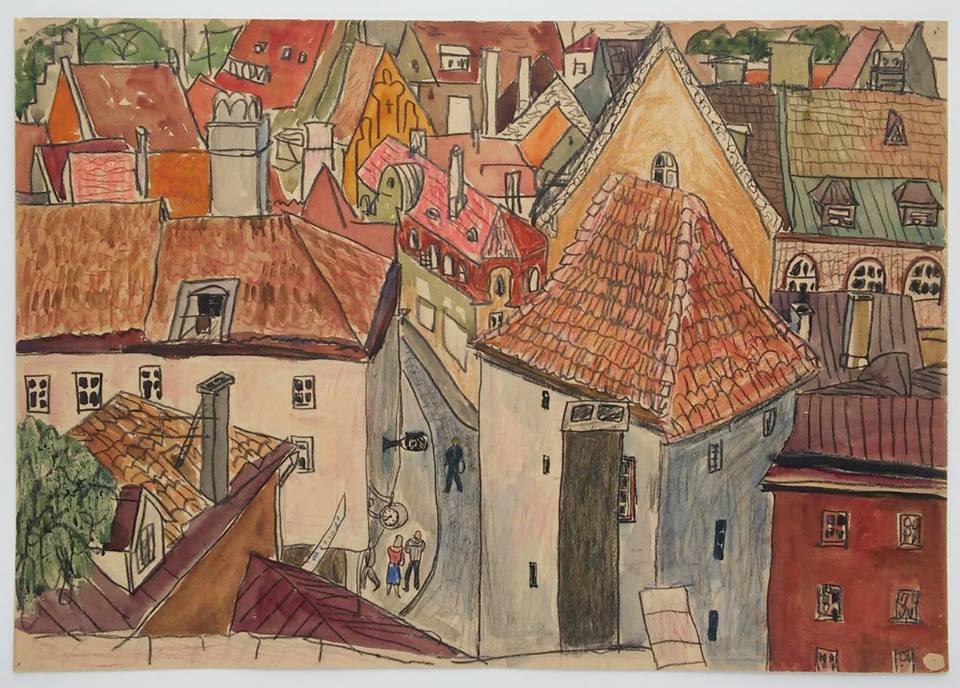