Russia Level with Kazakhstan in Wages
Maria Leiva
RBC
May 24, 2016

In 2015, the average Russian salary, in terms of US dollars, was equal to the level of wages in Kazahkstan, according to data from the Higher School of Economics (HSE). Compared to 2014, the salaries of Russians dropped by almost a third last year.

The observed decline in wages in Russia has led to their drawing level, late last year, with average wages in Belarus and Kazakhstan in previous years, experts at the HSE have calculated in their May monitoring of the populace’s socio-economic status and social well-being. Computed on the basis of exchange rates, the average wage in Russia last year was $558 a month, which is lower than the 2014 level by 34% or more than a third. By way of comparison, in Kazakhstan and Belarus, the average monthly wage, calculated using the same method, was $549 and $415, respectively.

From 2011 to 2015, Russia had the highest level of wages in the CIS, but in 2014, compared with 2013, it dropped by nearly 10%, from $936 to $847. The experts at the HSE note that the gap in economic performance indicators between Russia and certain CIS countries has been constantly contracting. For example, the average salary in Armenia in 2008 was around 52% of the 2015 Russian wage, but by the end of the period in question, it had grown to 60%. During the same period, Belarus has gone from 61% to 75%, and Tajikistan, from 17% to 26%. However, over the same period, the relative positions of Azerbaijan, Moldova, Ukraine, and Kazakhstan have declined.

Trends in the average monthly wage in Russia, Brazil, and China over the past five years show that wages in Brazil were higher than in Russia last year. Despite the fact that data on wages in China for 2015 have not yet been published, the figures for Russia in 2015 were lower than for China in 2012, 2013, and 2014, indicating the gradual reduction of the gap between the two countries in terms of this indicator.

Last week, Sberbank also reported a fall in the average monthly Russian wage below China’s average wage. The bank’s principal analyst, Mikhail Matovnikov, cited data that the average monthly wage of Russians had fallen below $450 a month, lower than that in China, Poland, Serbia, and Romania.

Translated by the Russian Reader. Thanks to Valentin Urusov for the heads-up.

Street protests against plans to step up land privatization were broken up by police in many of Kazakhstan’s largest cities on Saturday, May 21. The demonstrations were organized by informal online networks rather than by any of the recognized opposition groups. Here are the key points from a report by Andrei Grishin, published in Russian on the website of the Fergana News Agency.

Special rapid-reaction police detachments attacked small groups [of demonstrators] wherever they gathered. They grabbed everyone, regardless of gender, age and nationality. Dozens of journalists were arrested.

Kazakhstan had waited for the events of May 21 with bated breath. [Protesters had named that as a day of action after a previous wave of demonstrations had forced the government to pull back from planned land reforms. See an earlier report here.] The official media had railed against the protests. And it all ended, as it has so many times before, with the “slaughter of the innocents,” but this time more brutal than usual. The detention of dozens of journalists, including foreigners, was proof of that.

However, for the first time, people came out to protest all at once, in a number of cities and towns, without any leaders, because these leaders had either been arrested in advance, or had agreed to the authorities’ demands [after the previous demonstrations] and joined the [government’s] land commission.

[In Almaty in the southeast, the largest city in Kazakhstan and former capital, the authorities used every possible method of disrupting people’s plans to demonstrate. They created a “terrorism” scare, announcing the discovery of a stash of molotov cocktails, sticks, money and explosives; blocked social media; and issued orders forbidding public sector employees, students and workers in large enterprises from demonstrating, and in many cases, called people into work. Nevertheless, people gathered in small groups at Astana Square and by 11.30 am there were about a thousand of them. The police then went on the rampage, arresting and dispersing people.]

In other towns where activists made attempts to gather in squares or parks, the authorities acted similarly, although the numbers of both demonstrators and police were much smaller than those in Almaty. [There were arrests in Astana, the new capital, whereas things went compariatively peacefully in Kustanai and Pavlodar.]

In any case, no revolution took place! The president of the administrative policing committee at the ministry of internal affairs, Igor Lepekha, announced on Saturday that there had been “no unsanctioned gatherings or conflicts with the police. No breaches of order were permitted.” But at the same time he confirmed the detention of a number of people, including journalists; there had been a “misunderstanding” with the latter, he said.

Nevertheless, even this small number of demonstrations was a new phenomenon in Kazakhstan, in the sense that they started simultaneously in different regions. And all the experts noted in chorus that the land question was just the pretext, that in fact people have all sorts of other issues with the government. And that is really worrying parliament, above all, the fact that people are openly, and quite legally, calling for the resignation of the president.

And so it was clear that the government once again would deal with the problem [of protest] with repression. Evidence of this was the series of criminal cases opened even before May 21 against civil society activists, and the announcement by the internal affairs department of Western Kazakhstan about “preventing mass disorder.”And it is still possible, of course, that the Almaty police will “find” the owners of the molotov cocktails and sticks [i.e. use frame-up tactics against militants].

However at the same time the authorities have treated the land question with great caution, thus the one-year moratorium [announced by President Nazarbayev on 6 May] on the amendments [to the land code], and the establishment of the land commission, and inclusion in it of several “disloyal” civil society activists, and the hints that have been dropped about the possibility that each citizen of the country could be granted by law 1,000 square meters of free land.

Just a few days ago, when the government feared the spread of mass action, President Nazarbayev appealed to Kazakhs “not to shame ourselves before the world, but to solve our complicated problems by means of constructive dialogue.”

Despite this talk of “constructive dialogue” from the president, the police special detachments hid firearms in their buses on Saturday. Whether they had plastic bullets, tear gas or live ammunition we don’t know. But thankfully they didn’t open fire on the crowds: bearing in mind the events at Zhanaozen and Shetpe [in December 2011, when police fired on a crowd of striking oil workers, killing at least 16 and wounding at least 60], it seems there was enough sense at the top to order that there be no repeat of that. 25 May 2016.

Thanks to Gabriel Levy for permission to reprint this important article here. Photos courtesy of Fergana News Agency. TRR 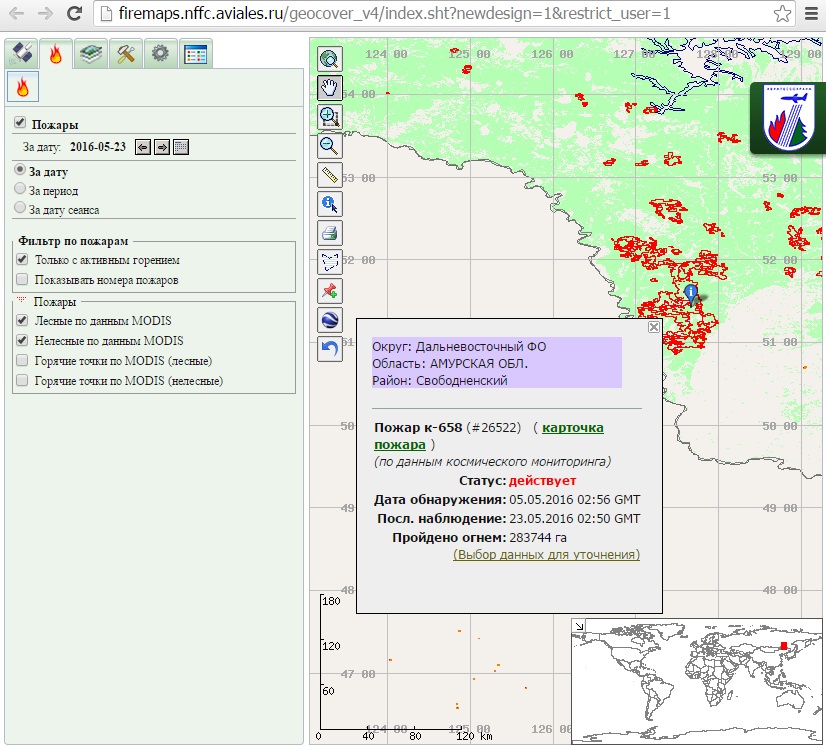 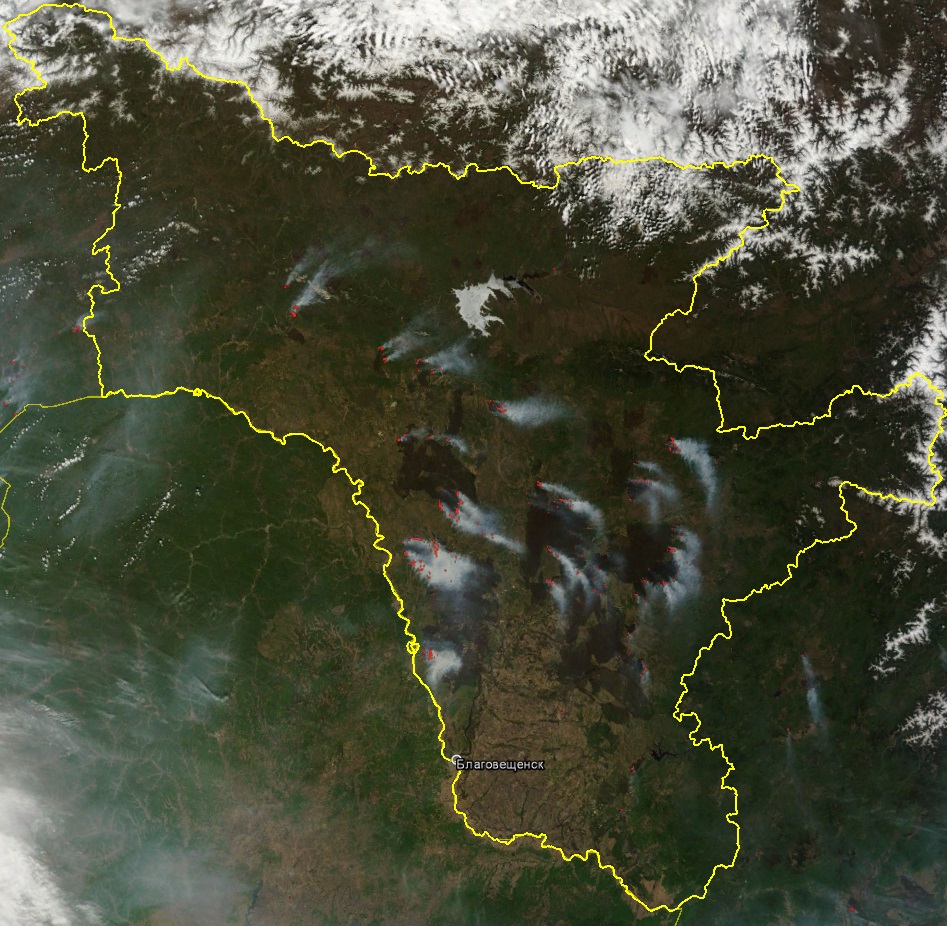